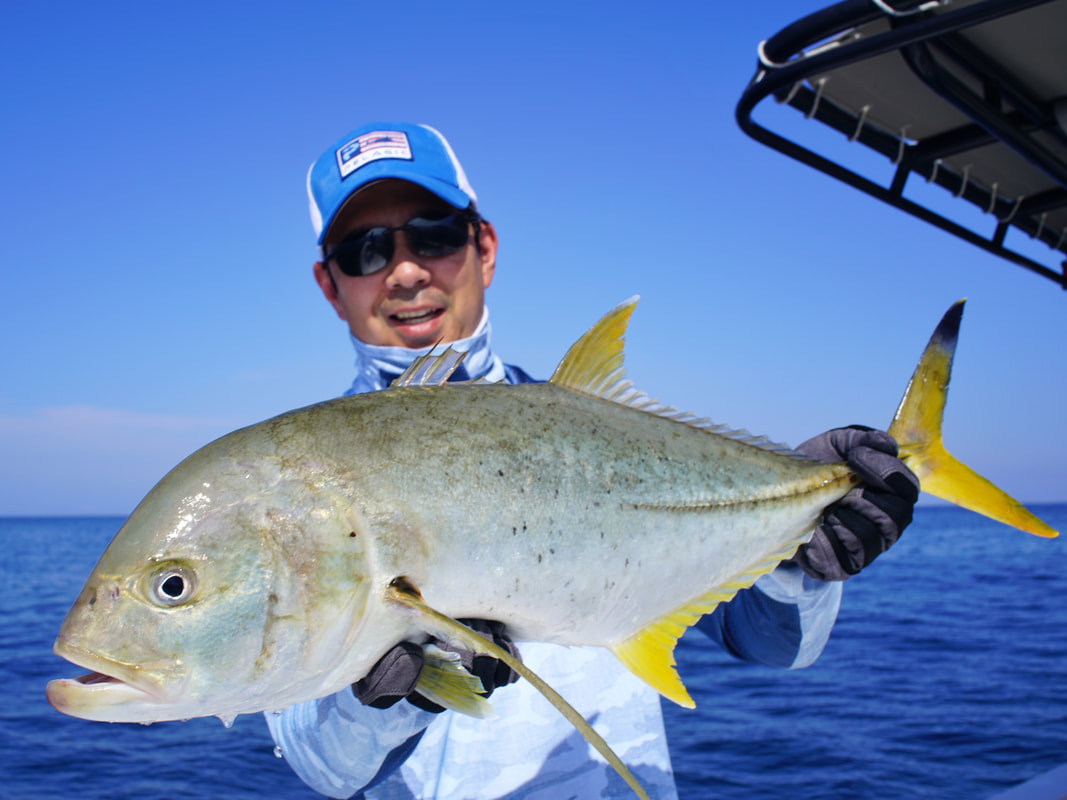 Blacktip Trevally are a medium sized member of the Trevally family, all of which are fine gamefish.  Blacktips are characterized by yellow fins with black upper caudal fins.  They live in inshore reefs throughout the Indian and western Pacific Oceans.

Blacktip Trevally are popular with anglers due to their aggressive nature, willingness to strike a variety of lures, and strong fight when hooked.  They are edible, but not an important food fish.

Blacktip Trevally feed on a variety of small fish, cephalopods, and crustaceans similar to other Trevally species.  They max out at around 20lbs and 36 inches in length.

Like all members of the Jack and Trevally families, Blacktip Trevally are quite strong for their size.  They don't go on blistering runs or head straight to the rocks to break you off, but they do pull hard all the way to the boat.

I have never actually eaten one, so this rating is based on reputation.  I have seen them for sale in fish markets, but they are not an important food fish. 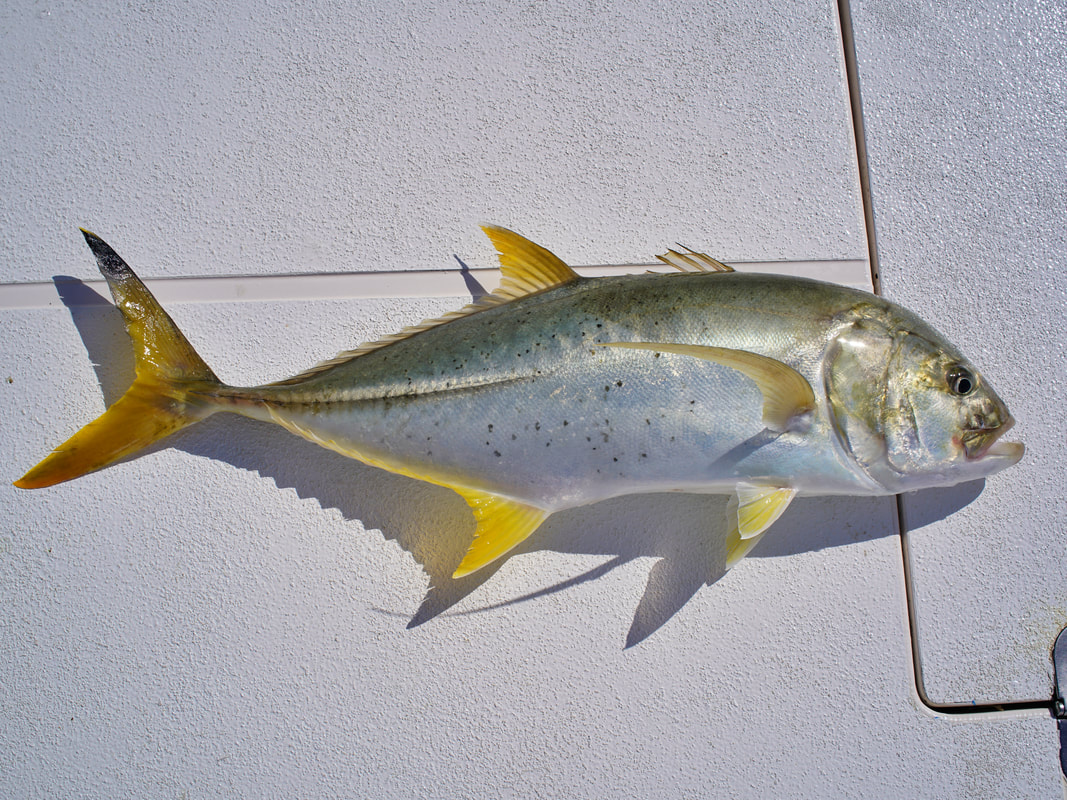 If you are targeting large adult specimens (and what else would you target really?) I recommend conventional gear or spinning with 50lb braid lines or so.  An Accurate BX reel should work great.  Although they are not as adept at bricking you in the rocks as Snappers or Groupers, you do need to pull hard to ensure that doesn’t happen.

These are aggressive gamefish that can be caught using a variety of methods, from topwater to jigging.  They readily take both bait and lures. 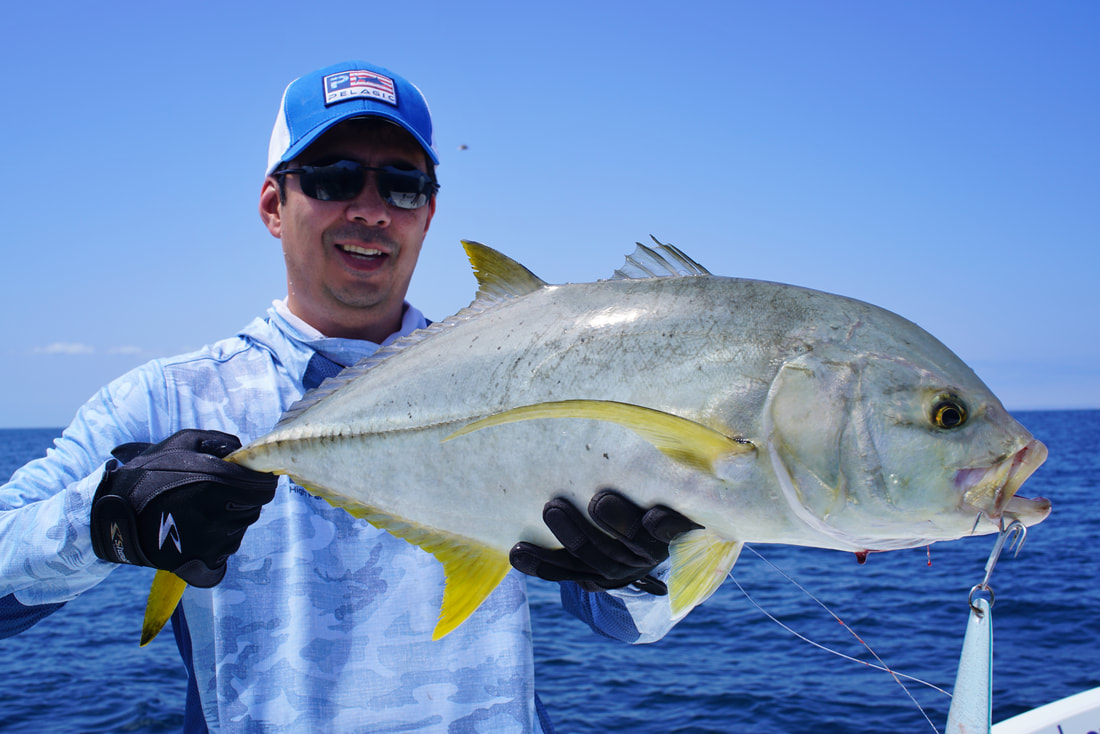 Almost any lure that mimics the profile of baitfish they are feeding on should get bit.  I personally have had good success using a Tady 45 surface iron, which is my go to lure for a number of reef fish, but many lures will work, from topwater poppers to jigs fished deeper.

Live baitfish such as sardines should work well, and they take dead bait also including squid.  They are not picky.

Where to get the big Blacktip Trevally

They are pretty widespread and you could run into them anywhere from Africa to Australia.  Oman has some big ones. 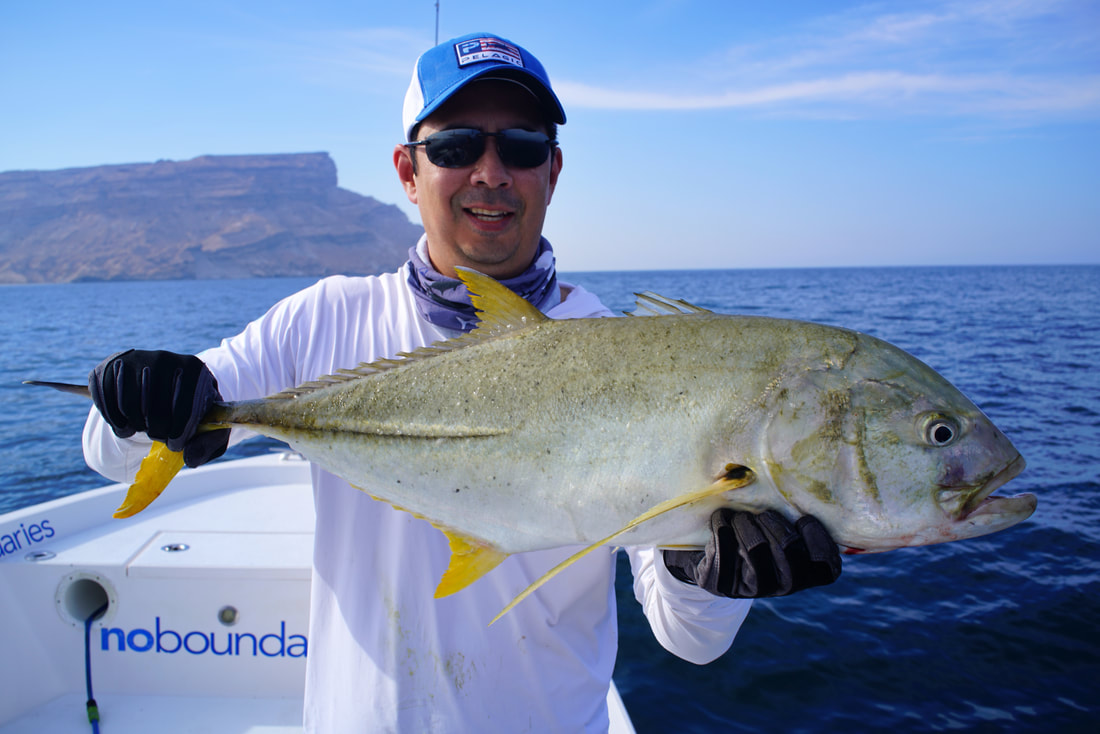 A nice speciman caught on a jig 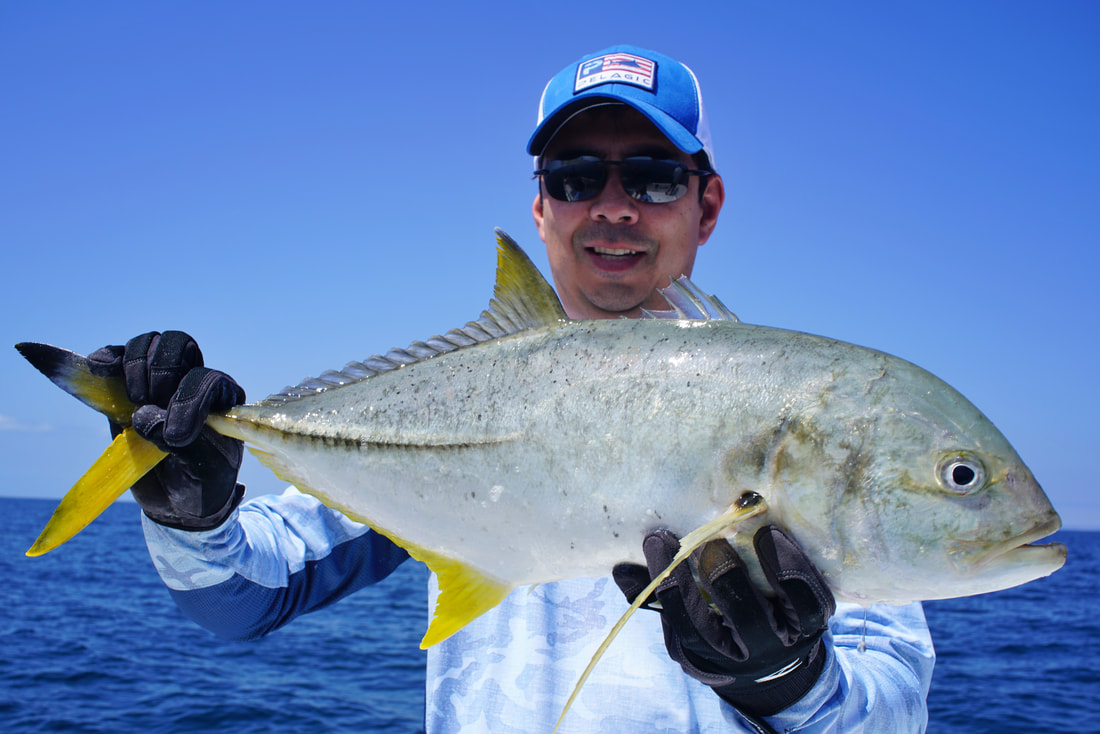