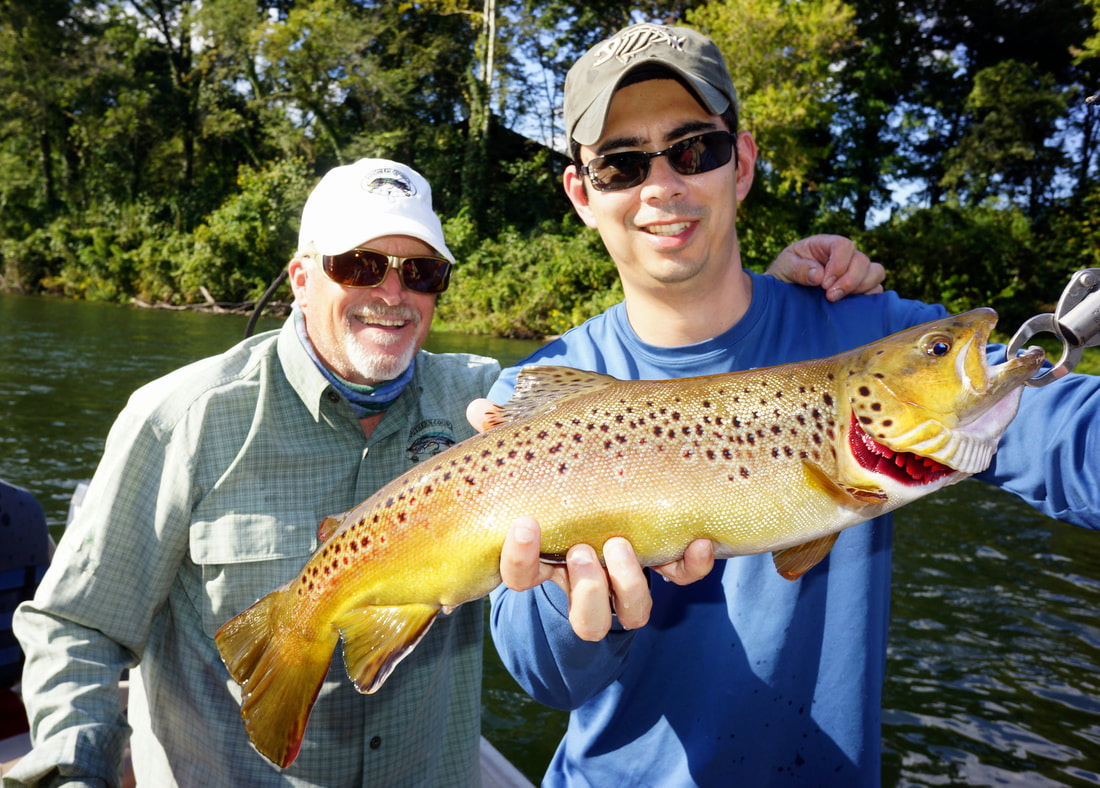 Beautiful Brown Trout about to be released
White River, Arkansas

My brother and I decided to take a road trip to the White River area in Arkansas to fish for Brown Trout and Striped Bass.  We fished two mornings for Striped Bass at Lake Norfork with a guide named Bink.  We were jigging for them with spoons, and it was a complete failure.  I got one bite total between the two mornings and didn't land it.  Bink landed two fish around 8lbs and that was it for the boat.  However, the trout fishing was much more successful so I will focus on that. 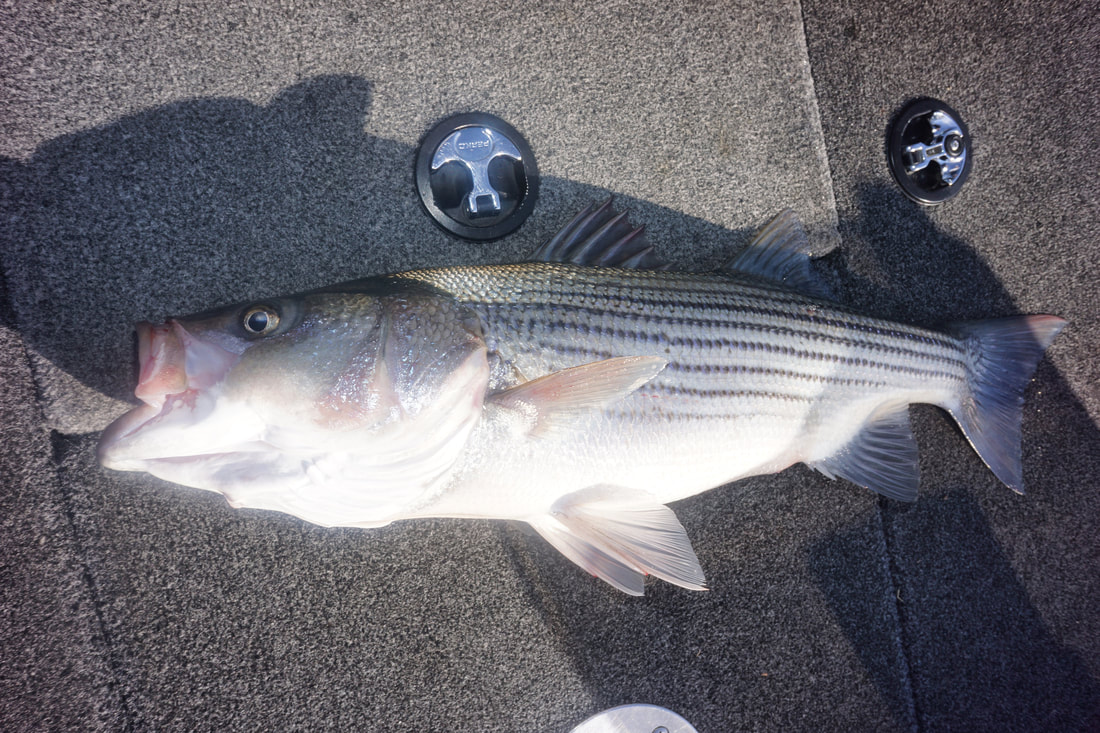 One of the two Stripers the guide caught. It's never good when the guide catches all the fish.
My brother lived in Birmingham, Alabama so I met him there and we drove together.  We got turned around thanks to lousy GPS directions and lack of cell service, and ended up getting stuck in some road that had closed some time ago (but had no signs indicating that).  Fortunately, we were able to get a hold of Chris Jackson, owner of Riverside Retreat (www.whiteriverresort.com) where we were staying and he managed to tow us out.  Our truck was out of commission for the whole trip, but fortunately was eventually fixed for the incredibly low price of $45.54 (this included refilling all of our transmission fluid and fixing a puncture in the transmission that we had).  Things are incredibly cheap in rural Arkansas.
The resort was very nice and very comfortable.  Chris was a great host and guide.

Riverside Retreat
After futilely fishing for stripers in the mornings, we went fishing with Chris on the White River for trout in the afternoons.  That was a lot more successful.  In three afternoons we landed around 65 trout, of which 50 were Rainbows and 15 were the more highly sought after Browns.  The Rainbows were stocked fish and averaged around 1-2lbs.  They hit small spinners and occasionally the plugs meant for the Browns.  Small Browns occasionally hit the spinners as well.
The White River was quite a bit more beautiful that I pictured it being.

We fished for the Browns with plugs like the Rapala Husky Jerk and marabou jigs.  They tended to bite later in the afternoon. 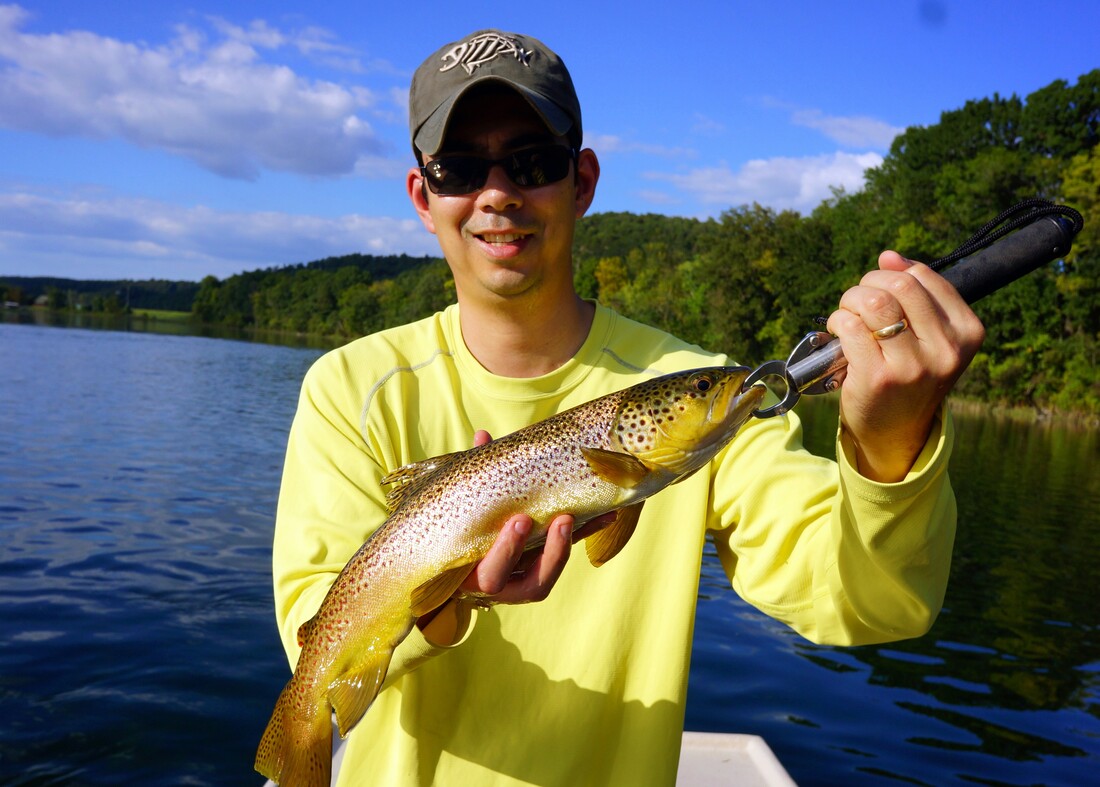 First Brown of the trip. They got bigger throughout the trip

A nice Brown caught on a Husky Jerk 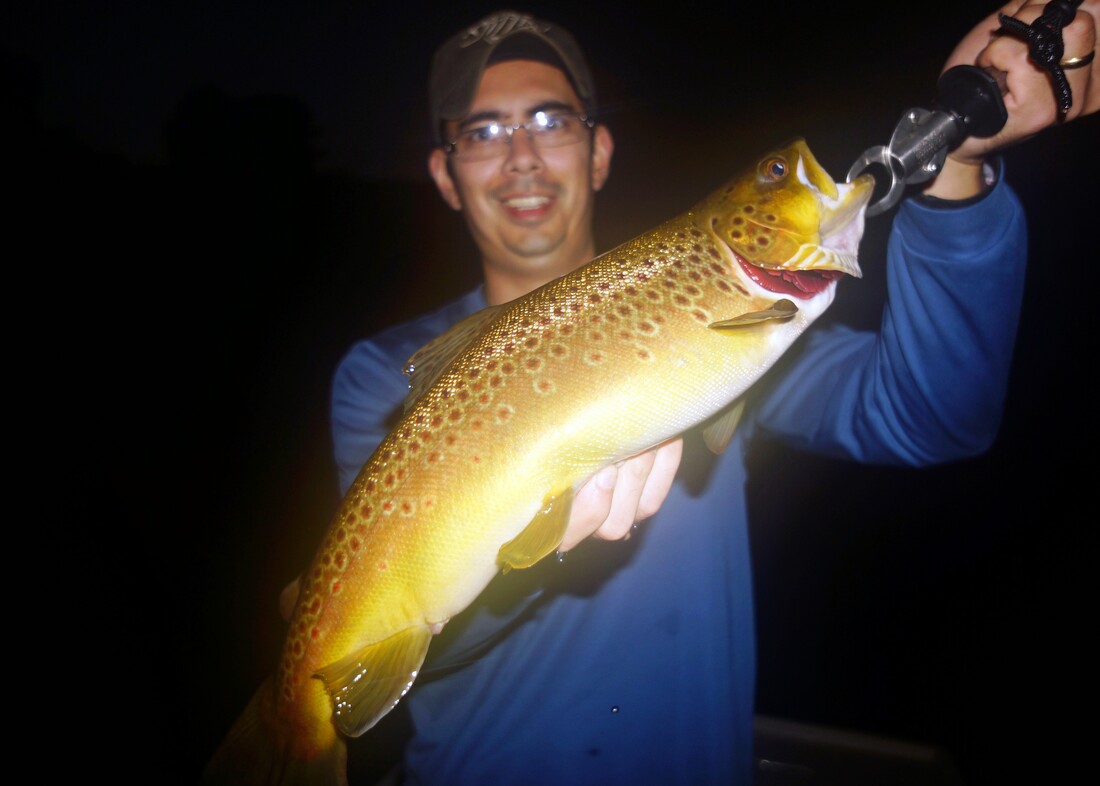 Browns will bite in the dark 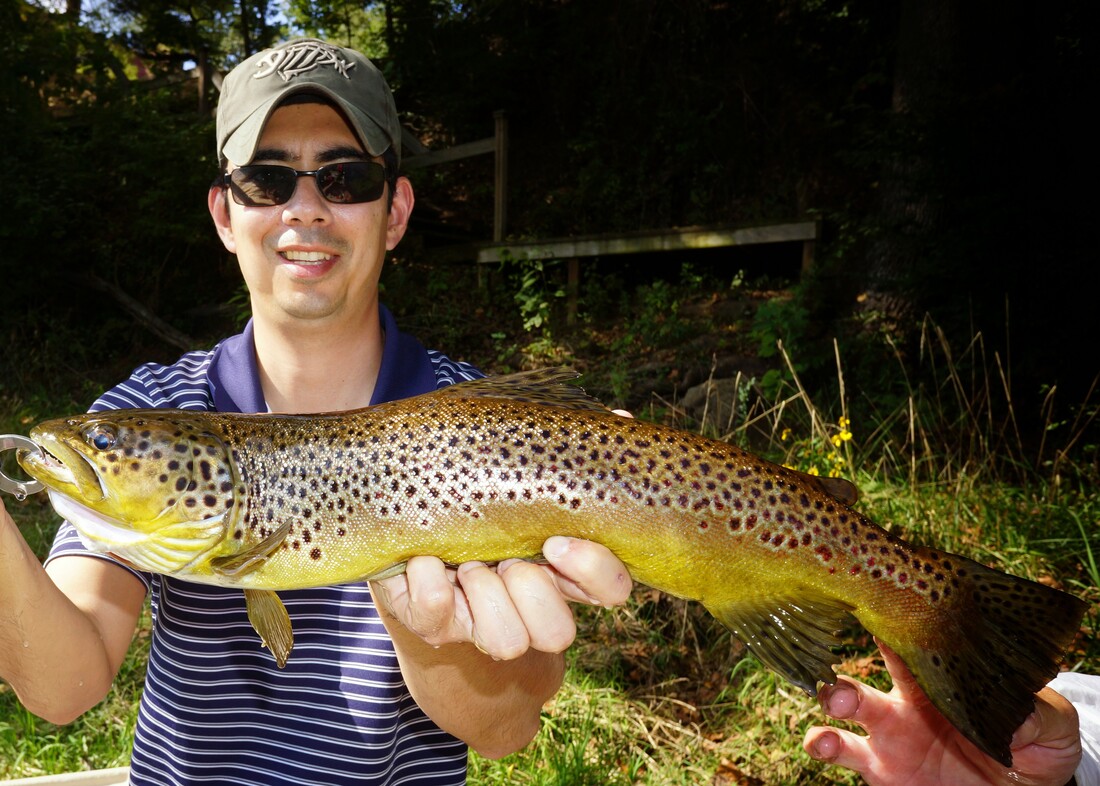 One of the last fish of the trip, a Brown caught on a marabou jig
All in all it was a fun trip.  As often happens, the biggest fish got away.  It would have been spectacular if the Stripers were biting, but sometimes fish don't cooperate like you hope.  The weather was beautiful, so that was a plus too.  Here is a short video I made of the trip: 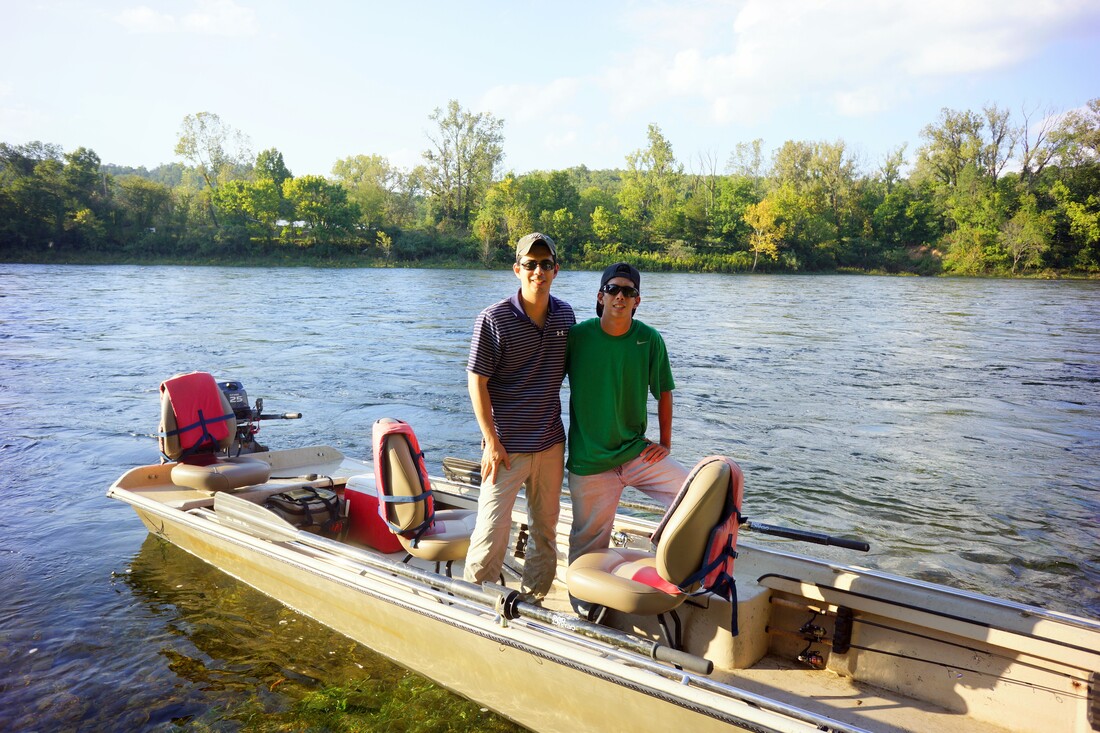