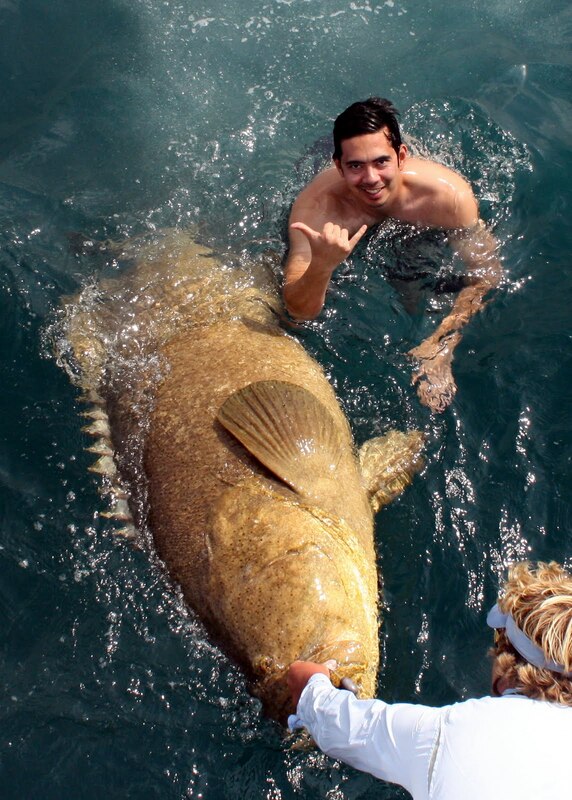 The biggest Goliath Grouper of the trip
South Florida

My brothers and I decided to head down to South East Florida to try to find the Goliath Grouper we had seen on TV.  After some searching on the internet, we chartered Captain Tom of Another Keeper Charters for this week of fishing in Southwest Florida. We stayed in Port Charlotte and left out of Cape Haze.

We stayed in close to the beach to look for tarpon. We saw several pods daisy chaining and made some casts with live crabs but had no pickups. Only heard about two other boats getting one each. It was a tough day for a lot of people. One boat near us jumped one off. These tarpon get a lot of pressure and it shows; you basically have to present the right bait the right way at the right time to get a bit. If you get too close with the boat or make a bad cast they are gone. It probably didn’t help that there were so many pleasure boaters running over the fish. This was a Monday; I hate to see what weekends are like.

Day 2
On our second day we decided to go a little farther offshore to look for wrecks with goliath grouper. Captain Tom really has this fishery dialed in. We started out fishing live blue runner. No hits at the first spot, but after a quick move we were on. I got the first one at around 80lbs, and they came in hot and heavy after that. We landed 12 in all, with the largest going around 375lbs. That one snapped the super thick rod we were using. My Calstar XXH tuna rod looked like a toothpick next to that rod. Apparently this happens a lot; Tom had just broken a heavier rod the day before we came. The massive fish also pulled the anchor and towed the boat off the spot. Undeterred by the broken rod, we managed to catch some on the stump of the rod (we used 600lb test main line). I also handlined in another 80lber. It was a lot of fun although the fights weren't that long on the super heavy tackle. You either get them or they break you off in the rocks within a few minutes on that size tackle. We lost surprisingly few in the reef. While we were fishing for goliath my brother managed to catch 5 spanish mackerel for bait. The goliath are really cool fish and I’m glad they are protected. If we were really trying I think we could have landed 20 at the rate we were going but we slowed after the rod broke and we ran out of bait.

We decided to try to fish for shark. We got one small silky shark, but after that the goliath started ravaging our baits. Fighting the goliath on the lighter shark tackle was much different than fighting them on the super heavy tackle. Luckily, the spot we were on had very little structure to break off on, so we were able to land half the goliaths. Usually they hang out near wrecks and other structure and brick you immediately if you are not using ridiculously heavy tackle. After a tough 25 min battle I was able to land a 300lber. My brother lost another nice one and then I decided to try to catch one on my heavy spinning rod. After a brutal fight I was able to finally land a 175lber on my Daiwa Dogfight spinning reel and Carpenter Coral Viper rod. I was high sticking more than I should have and was lucky the rod did not break. I'm told it is very rare for to be able to land one of these with a spinning rod since it is unusual for the fish to hang out in areas without a lot of structure. That Daiwa Dogfight reel is probably one of the few spinning reels that could handle this. We also fished some fin bait behind the boat and landed a 25lb barracuda, a couple of school size kingfish, and a couple of 10lb bonita. After we released one of the kingfish we watched it get immediately sawed in half by a barracuda. The barracuda were always around and would inspect every fish we hooked to determine whether they wanted to take a chunk out of it. One came so close that I could have touched it with my hand. My brother hooked a bonita or something that got inhaled by a goliath and he fought it for quite a while on the light baitcast rod. He actually had it in sight but it dove down again and he eventually lost it. 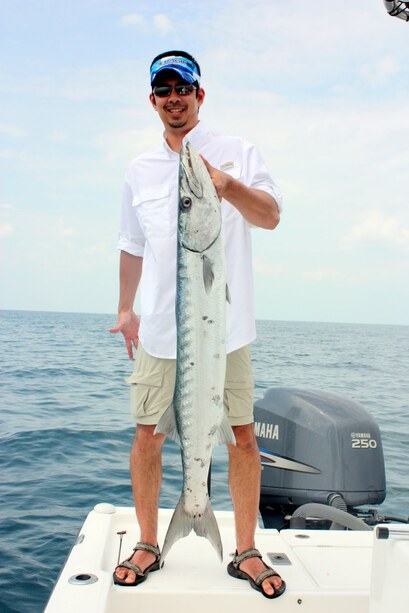 Large barracuda
Day 4
We started by fishing live crabs for permit. After breaking off two fish in the reef (not sure what they were) I hooked and landed a pretty nice permit around 15lbs. My brother later got one about the same size. I had never caught a permit before and was impressed by the fight. My fish made long runs on the light spinning tackle and had me down into the backing which was 170 yards down. Fishing slowed down so we decided to try to shark fish. We saw a very large hammerhead but it wasn’t interested in biting. Our baits got harassed by small sharks and we didn’t land anything. Captain Tom didn’t seem like he was feeling too well and he eventually had to go to the ER so we didn’t fish the last day.

Whenever I fish in Florida I’m always impressed by how dialed in the guides are in terms of getting the right bait, fishing the right tides, anchoring on the right spots, having the right tackle, etc. It’s very different than some of the spots in Latin America and elsewhere that I’ve fished where the guides don’t have many tricks in their bags but they don’t really need them because the fish aren’t heavily pressured. They just troll the same Rapala or toss the same bait in the same spot over and over and catch fish. Here in Florida you have to be on top of your game to consistently get these fish. 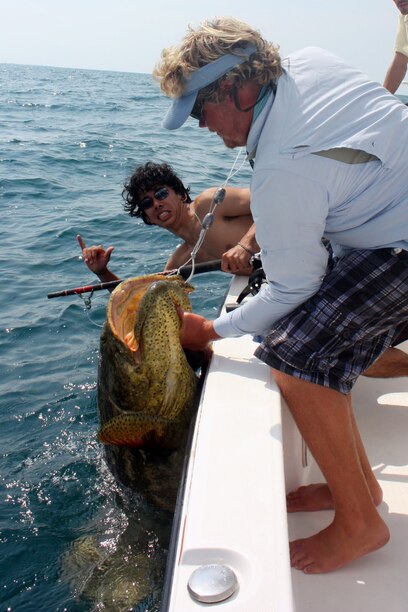