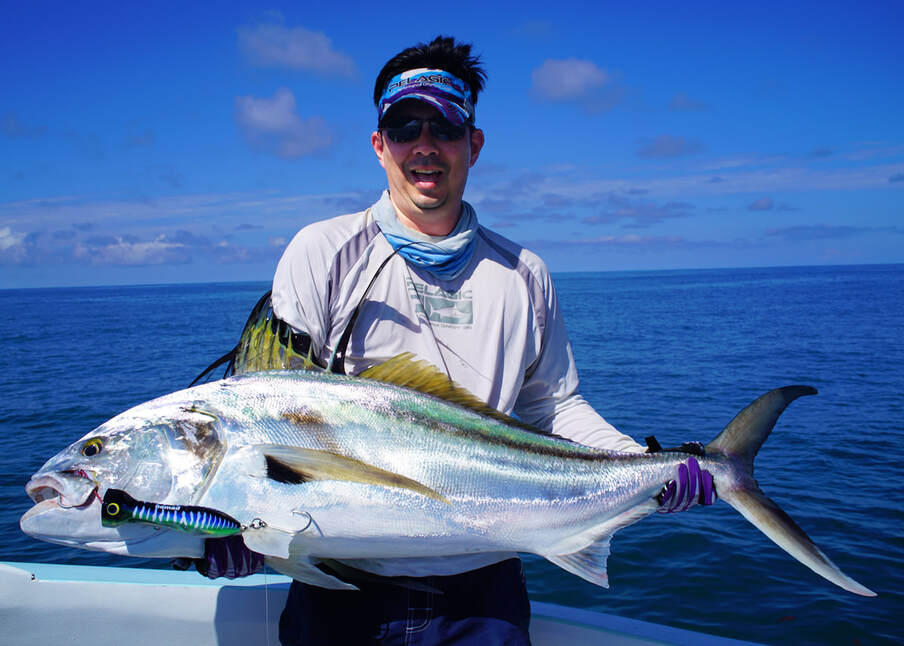 I came to Drake Bay for Christmas with the family and managed a couple of days of fishing as well.  The flight from San Jose to the new Drake Bay airport was super easy and makes this destination much more accessible.  I chose to go with Fish Drake Bay because I had heard good things about Captain Willy when I was fishing further south.

The first day was beautiful weather-wise.  We headed south and I started out by casting poppers at inshore rocks, but after a while of not seeing any fish I switched to my trusty Tady 45 surface iron.  Right off the bat I got a beautiful Barred Pargo on it.  I was expecting great things after that, but despite getting a lot of hits I was only able to land a couple of needlefish over the next few hours.  The fish just didn't seem to be biting with much aggression, which made them hard to hook.  The mate was fishing as well with a stickbait and got a nice Cubera Snapper on top of about 25lbs.

We made a move to Cano Island and did some bottom fishing with dead bonito.  I got a ton of bites, but the fish again seemed not to be very aggressive.  I got so many bites that I was sure would turn into big Pargo, but just could not get a hook in them.  The mate managed another Cubera around 30lbs.  It was a very frustrating afternoon for me, but the fish were clearly there.  At the last spot on the way home we spotted a big school of snappers on top, but when I cast my popper 10ft to the side of them they immediately sunk out.  It was just that kind of day for me.

We took the Barred Pargo and Cubera to a restaurant that night.  The Cubera made the best ceviche I have ever had for the whole family.  We had the Barred Pargo grilled, and while it was very tasty it was tough to get off the bones.  It had a texture kind of like fried chicken. 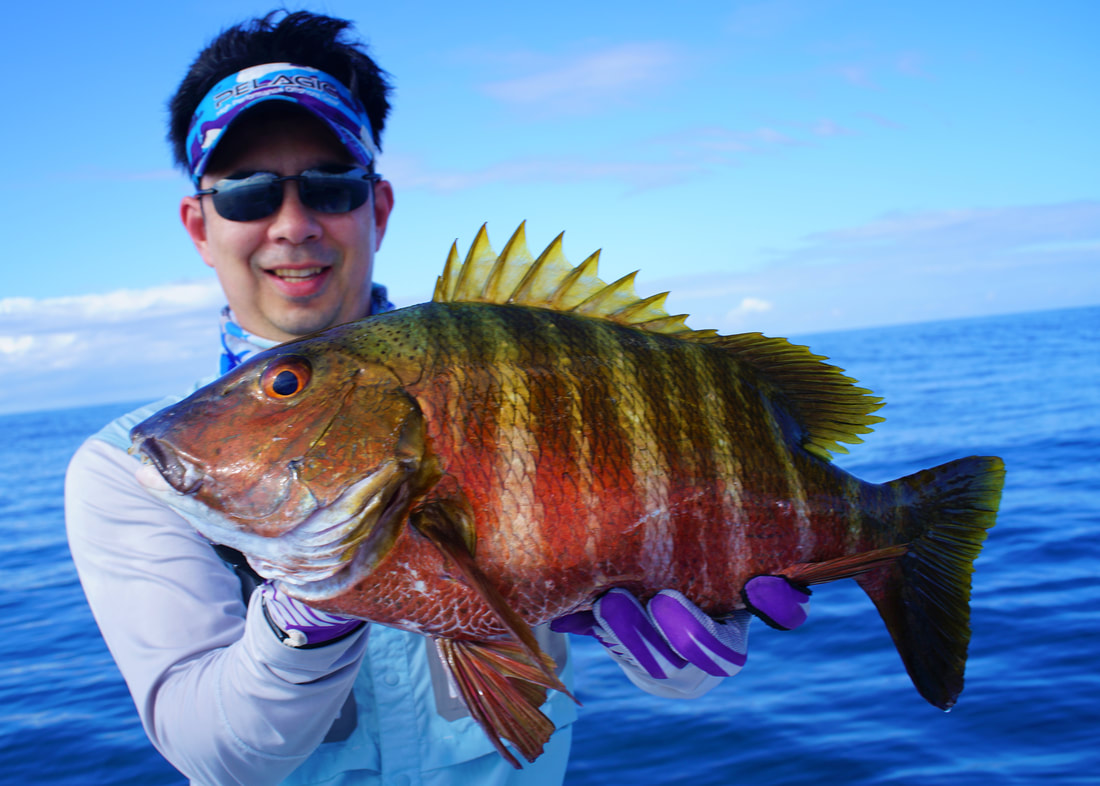 Barred Pargo caught on a surface iron jig
Day 2 was a lot better than Day 1.  We went north this time and started off by casting my Nomad Chug Norris popper at some promising looking rocks.  On my second or third cast I had some Roosterfish come up and chase the popper.  I switched up my retrieve to some frantic short pops and got one of the Roosters to commit.  Not a giant, but any Rooster on a popper is a good fish in my book. 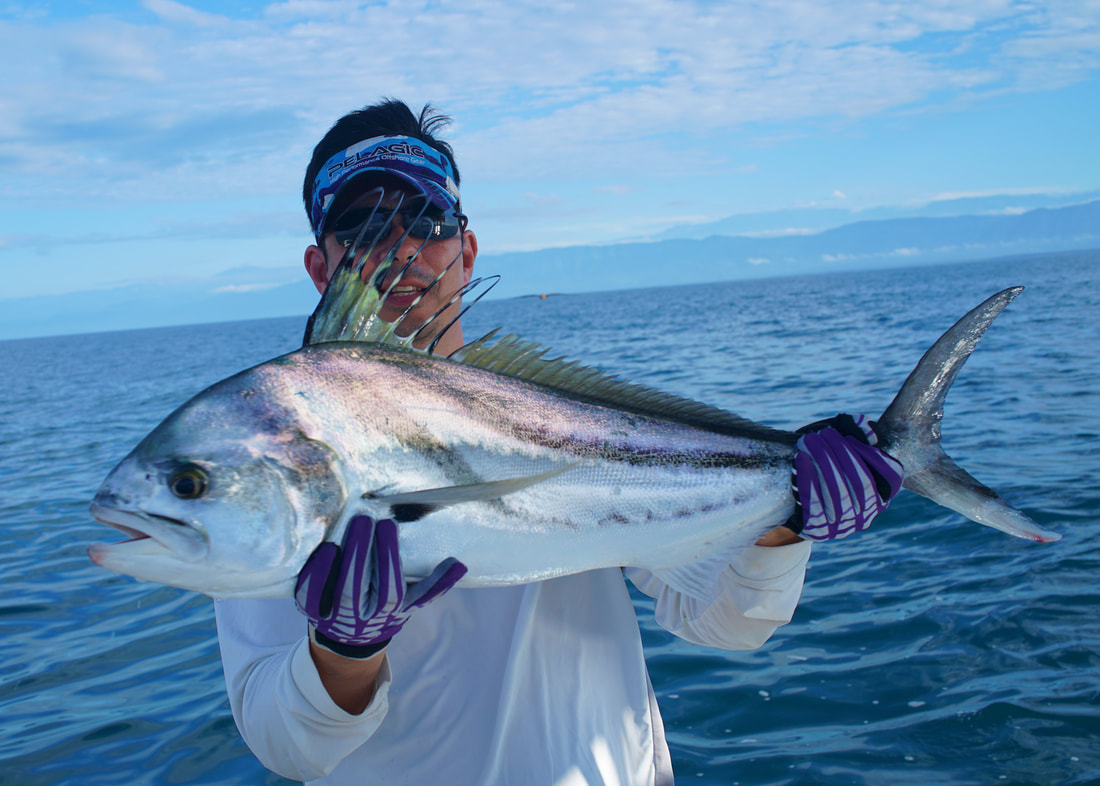 First fish of the morning - a Roosterfish on the Chug Norris Popper
A landed fish on the popper had me casting with great enthusiasm and I had some follows from some huge Roosters in the 50-60lb class that followed the popper aggressively but did not strike.  We made a move to some other rocks and the captain told me to throw a smaller popper, so I threw on a smaller Yo-Zuri Sashimi Bull and immediately got a follow from a big Sierra Mackeral.  On the next cast another Sierra grabbed it and I fought it for 10 seconds before it cut the line.  That was annoying, but as I was tying on my surface iron the Yo-Zuri resurfaced and we got it back.  I started throwing the surface iron and immediately hooked up and got cut off again.  Sadly, surface irons don't float so I lost that one.  I tied on another surface iron and hooked a Sierra that did not manage to cut me off.  The mate also got one at the same time of the same size. 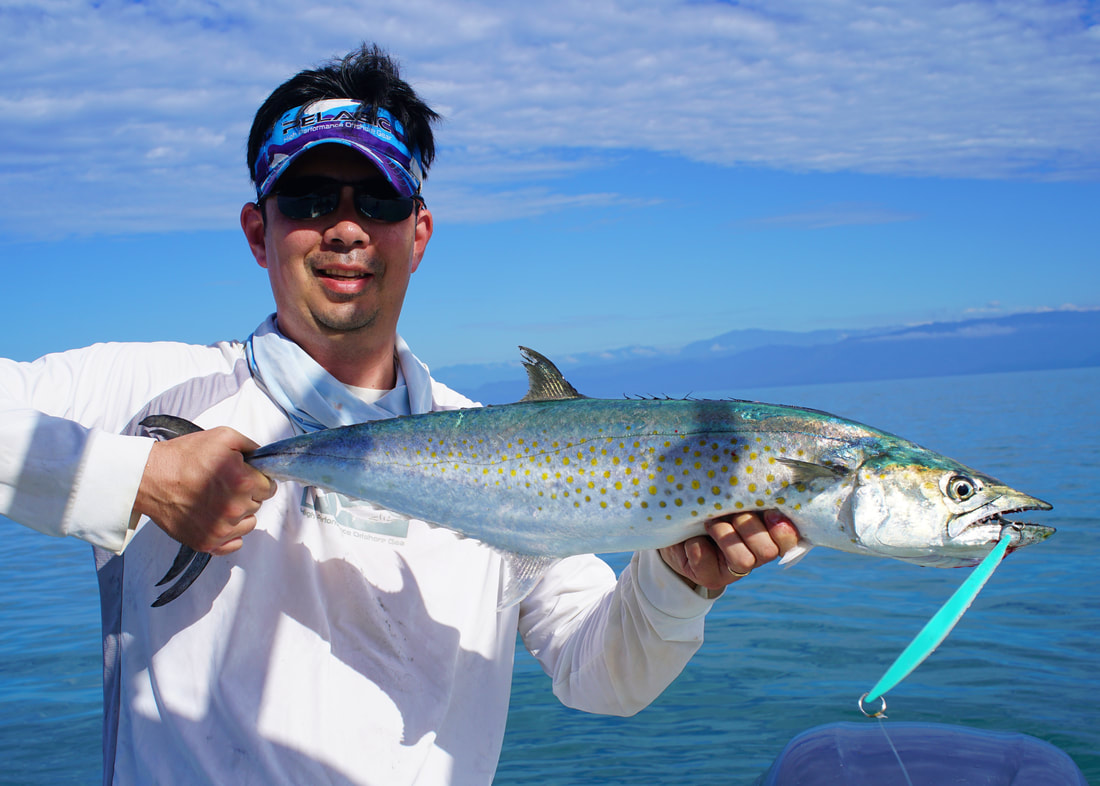 A nice Sierra on the surface iron
The Sierra wised up after that so we went back to the first spot and started throwing the big Chug Norris again.  Right off the bat some huge dorsals appeared behind the lure.  I went back to the frantic short pops and again was able to get a Rooster to commit.  As soon as I hooked it, I knew it was a substantial fish.  I was using a Daiwa Saltiga Dogfight reel with the drag pretty pinned down, and the fish went on a long run anyways.  I was using a heavy popping rod, but it seemed like I could only lift the fish a few inches at a time.  When I got it close enough to see it, it took off on another drag scorching run.  It looked like it was solidly hooked, and I was just praying we would land it.  The sun was really blazing at this point and I felt like I was fighting both it and the fish.  Thankfully everything held together and I was able to slowly winch it back to the boat for the mate to grab.  What a fantastic fish, especially on a popper.  The pic actually doesn't make it look as big as it was because I was having a hard time lifting it. 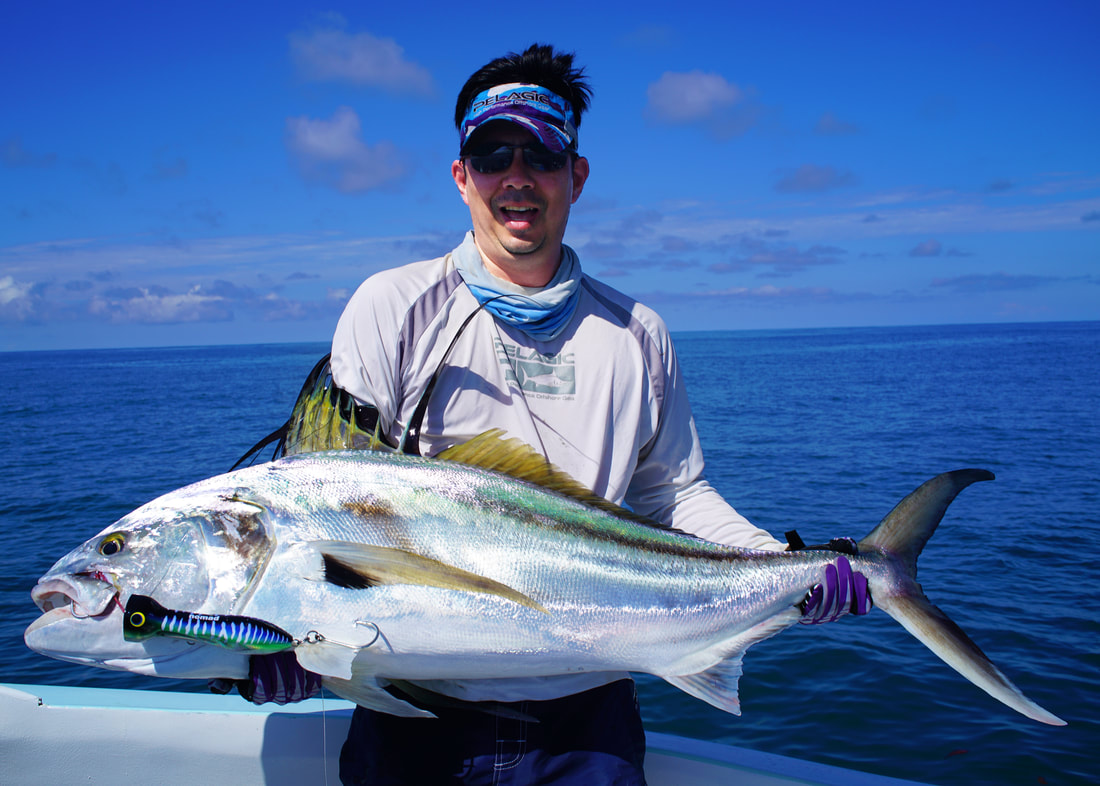 Chug Norris does it again!
At that point the day was made for me and anything after that was a bonus.  Some more casts produced a few more follows but no more strikes so we moved over to the island.  Some casts with the big popper resulted in a large barracuda that was hooked and lost.  It was followed to the boat by a much larger Cuda that looked over 5ft.  The captain was thinking about free-gaffing it since it was just sitting next to the boat but he didn't.

We switched over to the dead bonita and managed two nice Barred Pargo (bigger than the one from the first day) and then a nice Cubera Snapper. 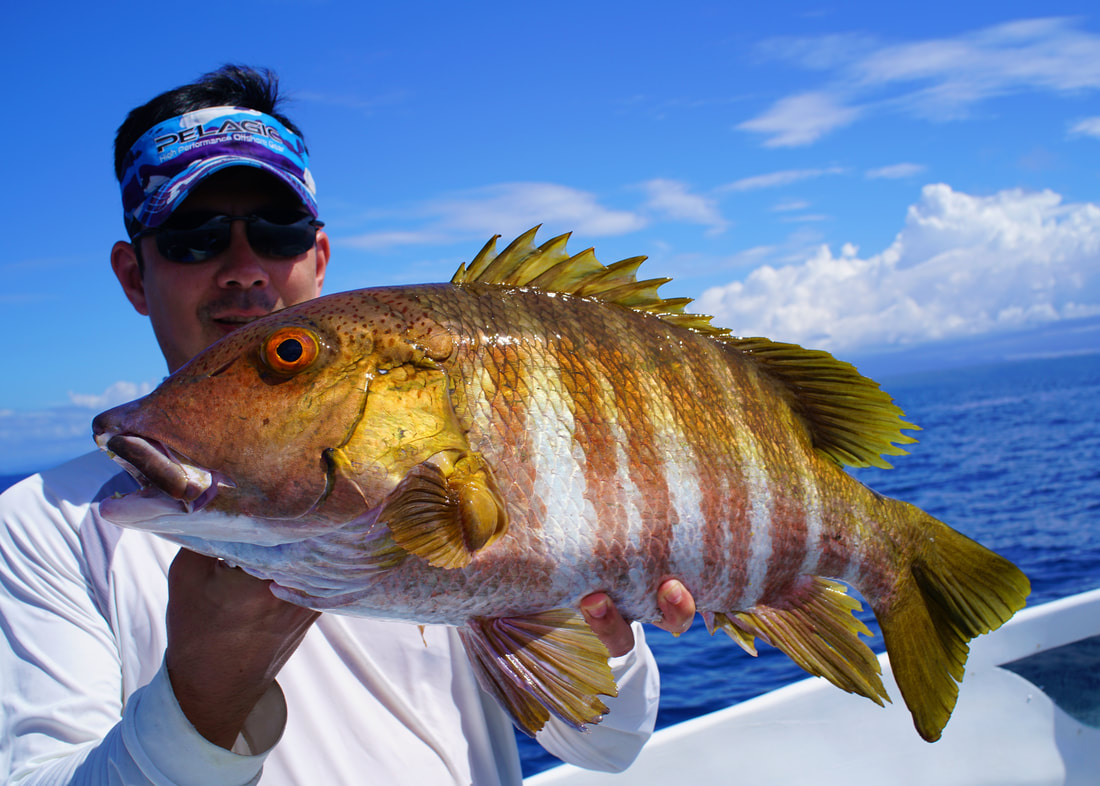 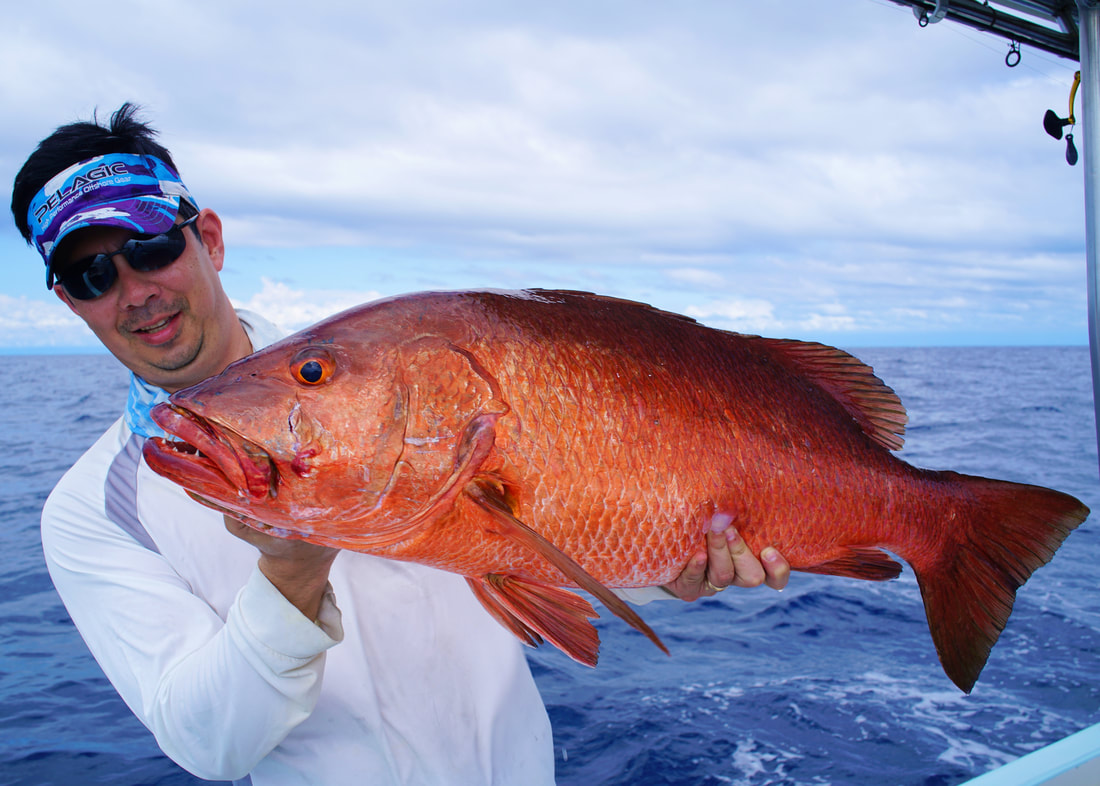 Another boat saw us catch the last fish and decided to fish right on top of us, which was annoying.  I could have touched it with my rod; it was ridiculous.  We decided to move to a different spot and got a couple more nice Pargo bites but didn't hook up.  We decided to wrap up with some casts to some rocks on the way home which didn't produce anything.

​I highly recommend Fish Drake Bay (click here for their website); they were very good and put me on fish.  It's not their fault I couldn't hook them the first day.

I would have liked to fish more than two days, but I had to balance family and fishing this trip.  We had a great time as a family and saw some really cool wildlife.  The Drake Bay area has much to offer if you don't mind heading away from the all inclusive resort scene and roughing it a little bit.  Here are some photos of wildlife we saw, mostly at the Corcovado National Park.  A few were just taken around town. 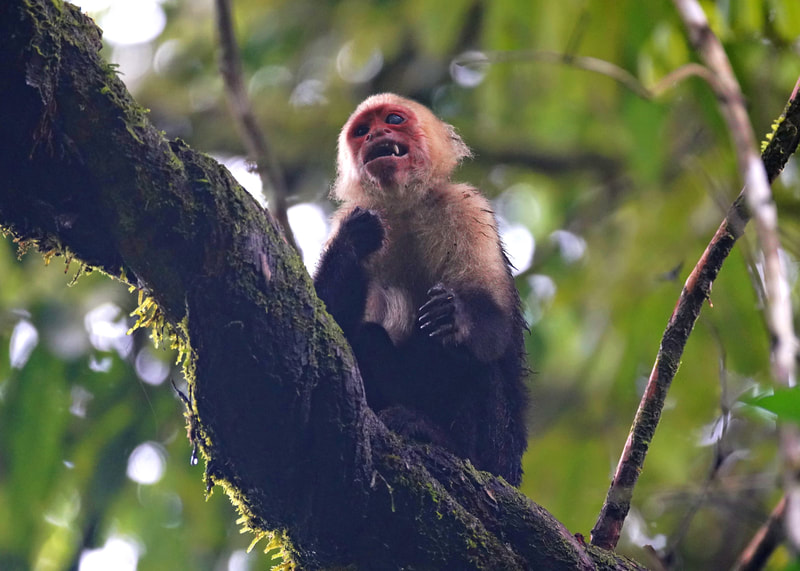 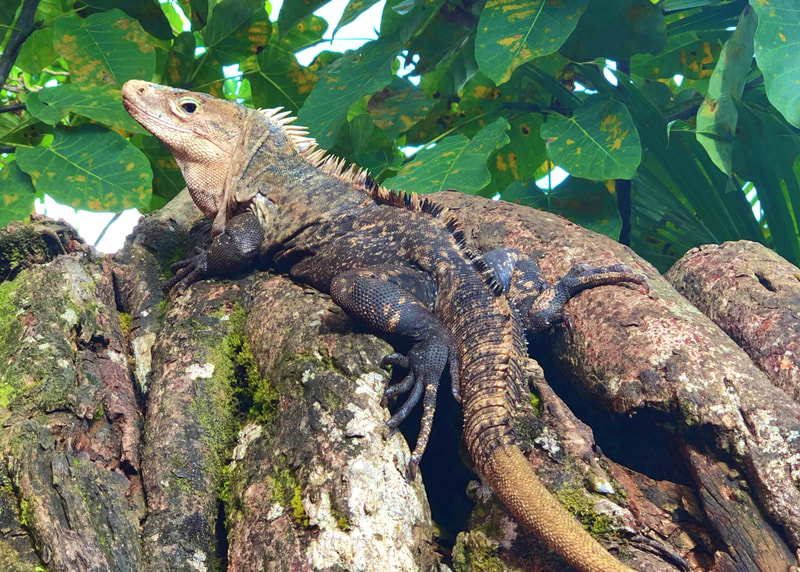 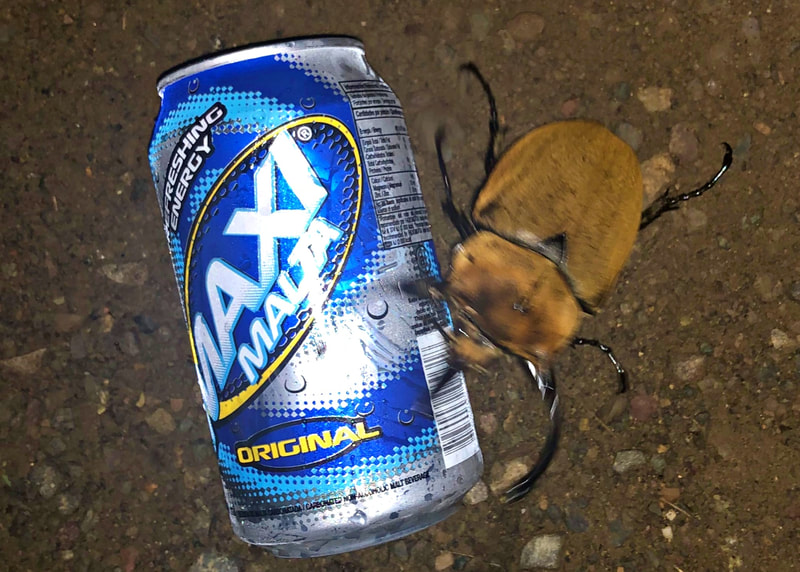 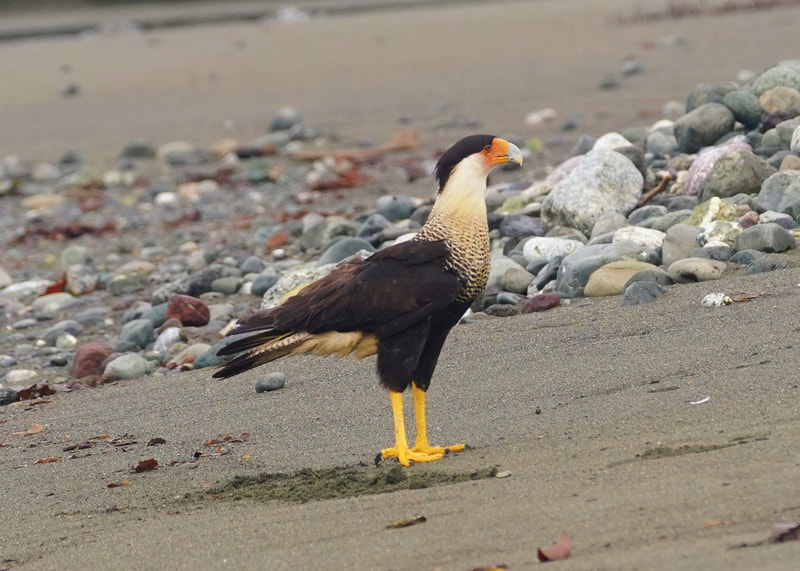 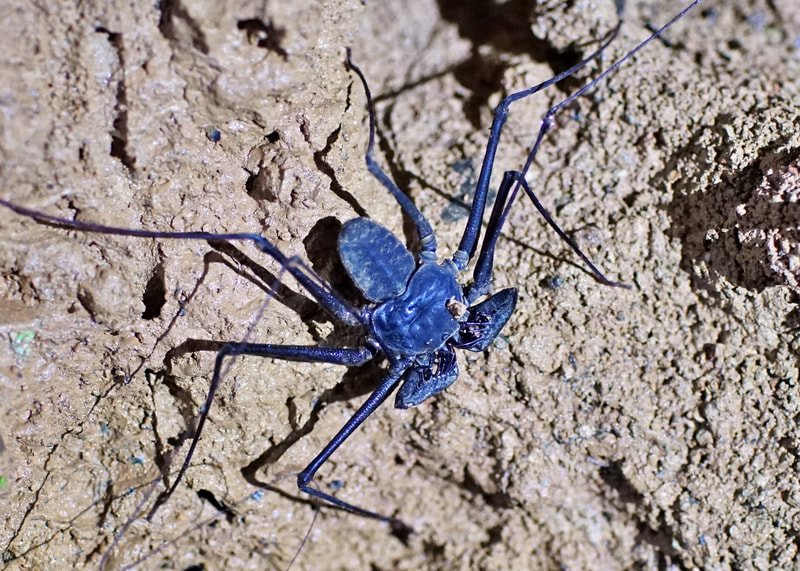 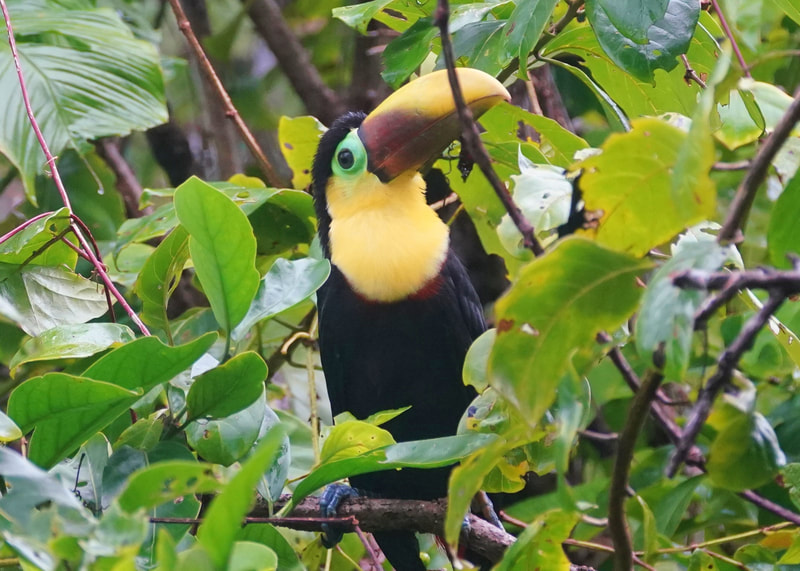 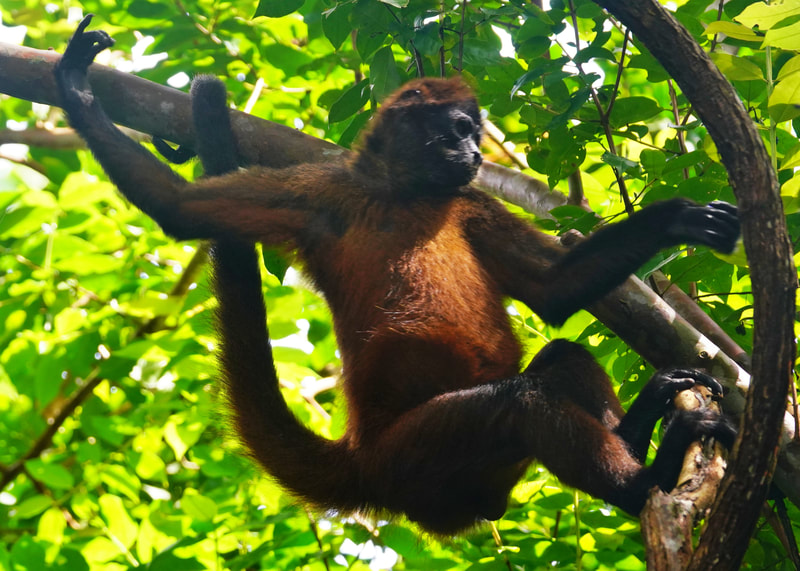 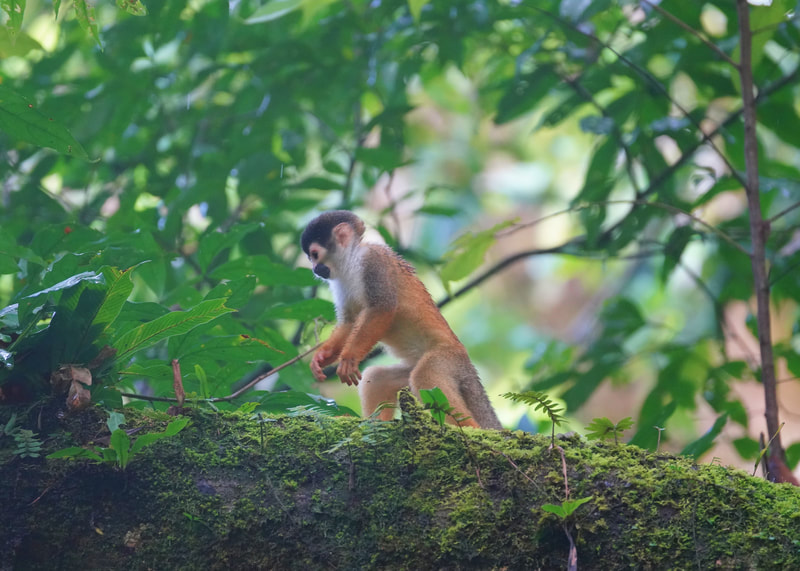 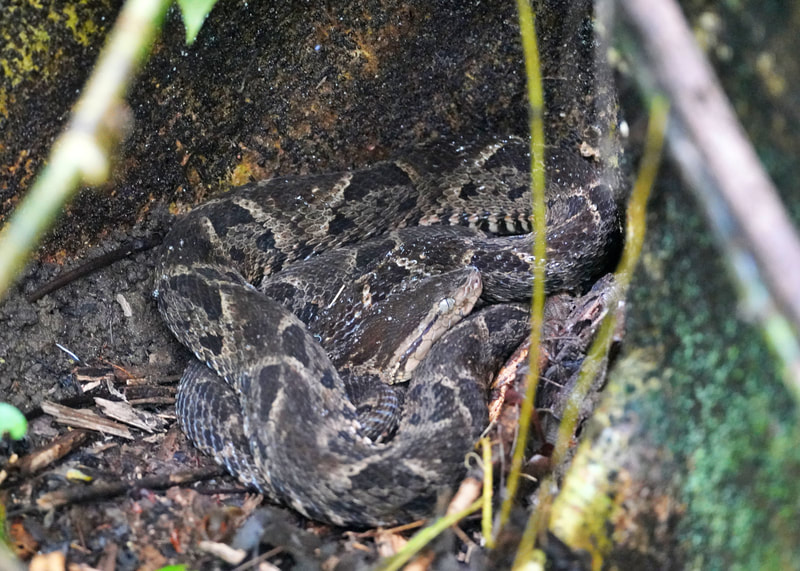 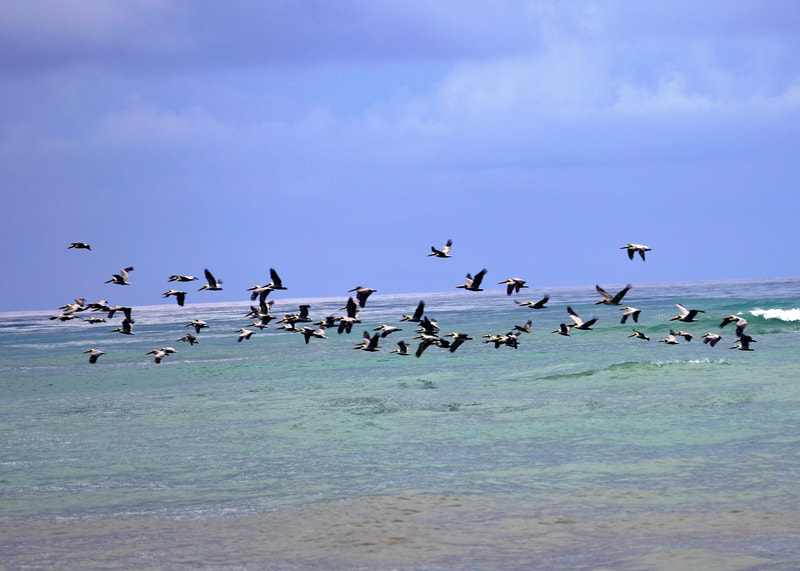 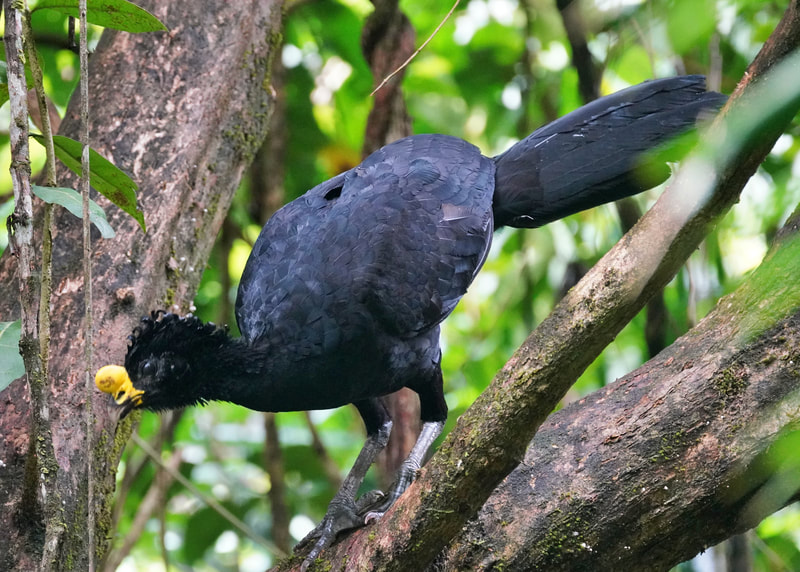 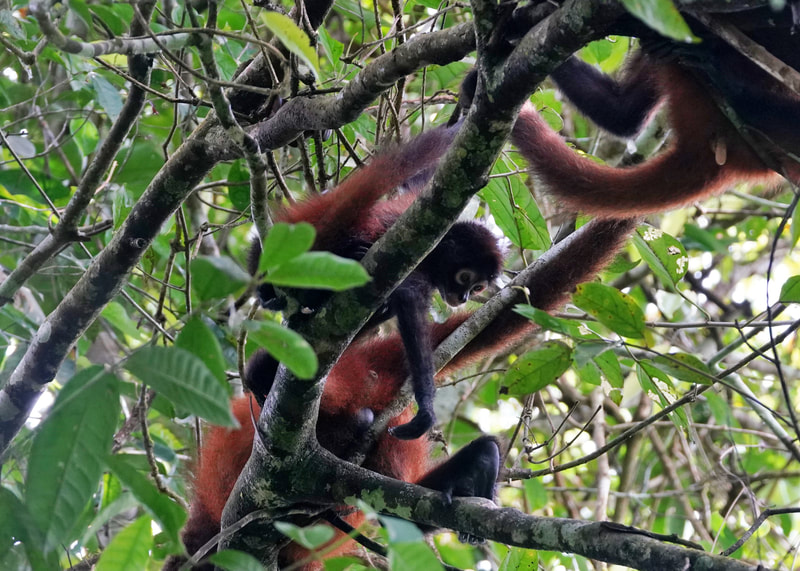