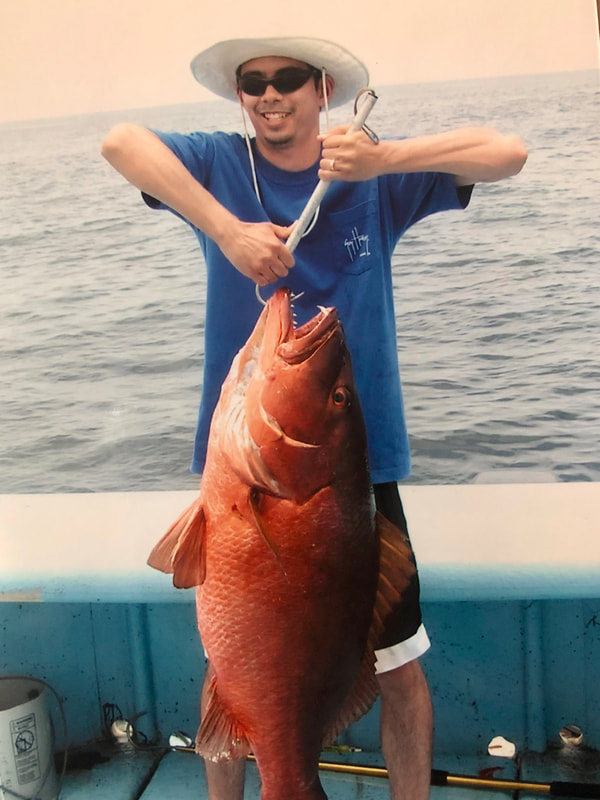 My biggest fish of the trip, a huge Cubera Snapper caught on a bonito
Mariato, Panama

Fresh off my trip in March, I was back in April.  I had just left my old job and was about to start my new job so I had a little extra time to fish.  This trip I went on my own back to the Rio Negro Lodge.  I was paired up with another solo angler who was there named Ed.  We were the only people at the lodge, which was nice.  The winds were up the first day so we just trolled for Yellowfin Tuna.  They were there in plague proportions up to about 30lbs. They were so thick that we couldn't even let out more than one trolling lure because it would immediately get hit.  They were crashing around the boat so loudly we had to yell to hear each other.  It was crazy.  Sadly I didn't get any footage of this, but we caught more Yellowfin than we could possibly want and left them biting.

The next three days the wind came down and we were able to jig.  We were also able to catch jacks and small bonito for bait, and those were very effective.  The program was generally to drop a big bait and then jig around while waiting for something to hit it.  Most of the biggest fish below were caught on the big baits, but we caught a ton of small and medium fish, especially different Snappers, on the jigs.  Below are some of the jig fish: 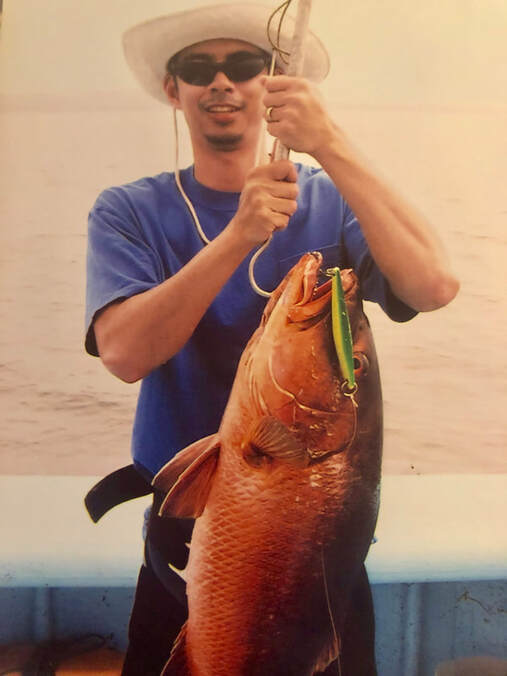 My largest jig fish of the trip, a nice Cubera
Below are some of the fish caught on the big baits.  It was pretty rare for the baits, especially the bonito, to go unmolested for long.  It sometimes took a little time to catch the bonito, but we would immediately send it down when we got one and it would get monstered by a big Cubera or Amberjack.  At one point I caught a small Yellowfin Tuna and right as I was about to bring it in it got smashed by a huge Amberjack.  The tuna was dead, but I put on a bonito and caught what I think was the same Amberjack. 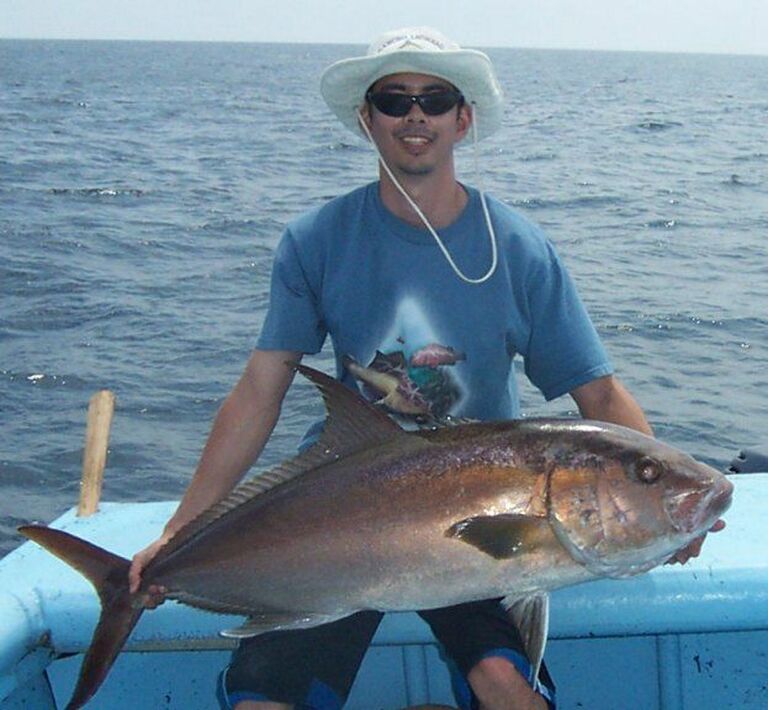 Big Amberjack caught on a bonito
We spent two days absolutely loading the boat by jigging.  I was using mostly Salas 7X jigs (pictured above), while Ed was using just lead weights with hooks.  We caught tons of Snappers of various types ranging from 3lbs to 60+lbs, as well as some really nice Amberjack.  I think we averaged over 50 fish each day.  I didn't take as many photos as I should have but I did get pics of the biggest fish at least.  The 4th day we decided to go looking for some Wahoo, and we landed 8 and lost four or five.  They were all caught trolling; I tried casting jigs at them to no avail.  They were boiling all around in the weird swirling way that Wahoo boil but were not hitting jigs. 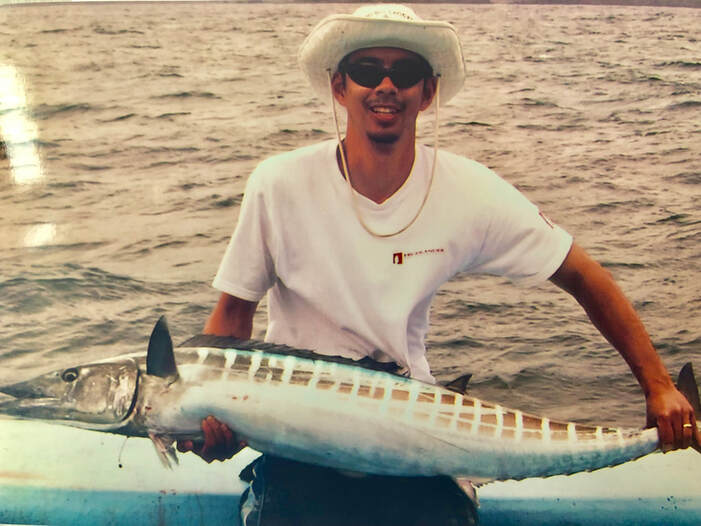 One of several Wahoo caught the last day. This one nearly spooled the reel. 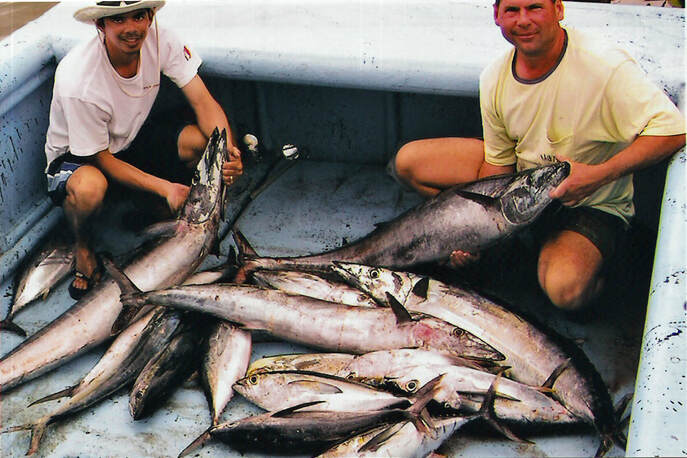 The Wahoo and Tuna catch on the last day
This trip was only a week after my last one, but there was a tremendous difference in the quality of fishing.  This trip had both quantity and quality, and some nice calm weather as a bonus.  The Rio Negro Lodge was a comfortable base of operations and their captains were great.