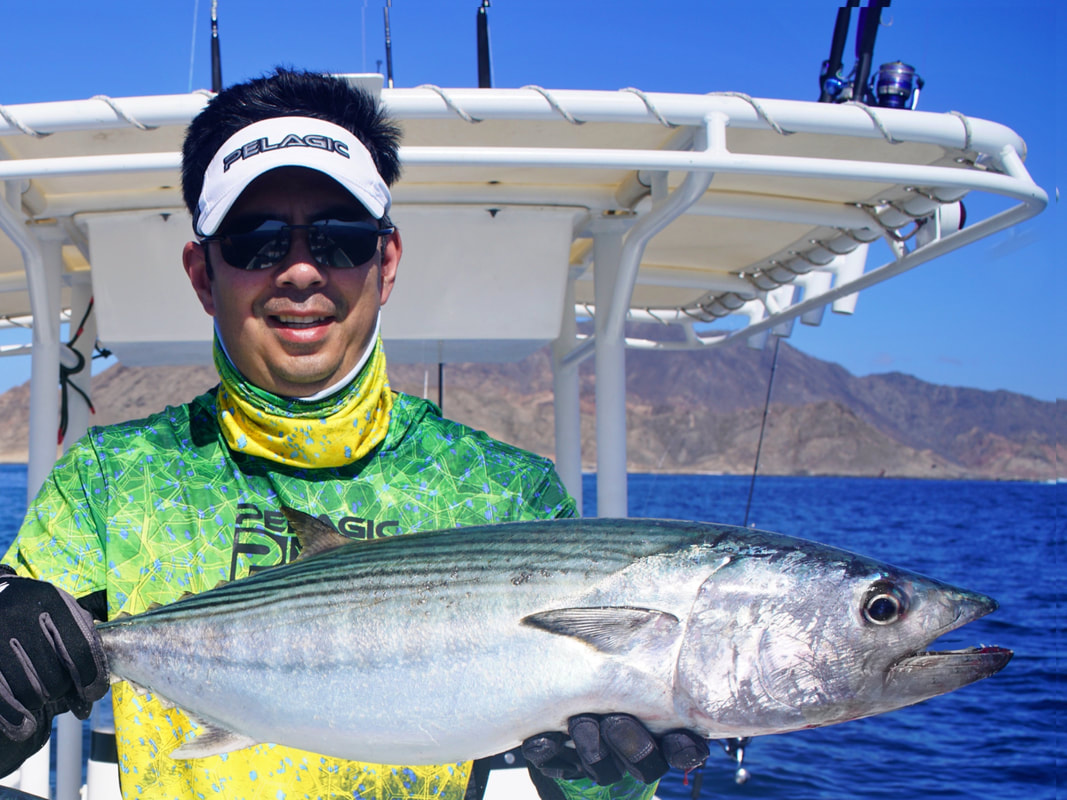 Bonito are a tribe of small tuna found throughout the world.  They actually consist of several similar species.  They top out around 20lbs or so and fight very well for their size.  Small specimens can sometimes be caught from shore off jetties and piers which makes them accessible to any angler.

Bonito are an open water fish that travel in schools.  They are ravenous feeders and tear into schools of small baitfish and cephalopods.  I even had one cough up a whole spiny pufferfish once.  They are not picky eaters and are suckers for many types of bait and lures, especially if they are shiny.

Their dark oily flesh makes them good baits for sharks and other large predators.  Unfortunately they do not taste great, although I have heard people swear they have found ways to prepare them well.  I have never had a Bonito that I thought tasted good personally.  They are a similar species to the Skipjack Tuna.

Bonito are a tuna, and all tuna are packed with muscle and pull hard.  Bonito are thought of as much as a bait for big game as a gamefish themselves, but pound for pound they are extremely strong.

Bonito are one of the few tuna species that don’t taste very good.  They have very bloody meat and a very fishy taste.  It’s a shame because they are fun to catch and look like they should taste good.  You will inevitably find stuff out there saying that if you bleed them right away, ice them right away, etc they taste good.  To me they still taste like cat food. 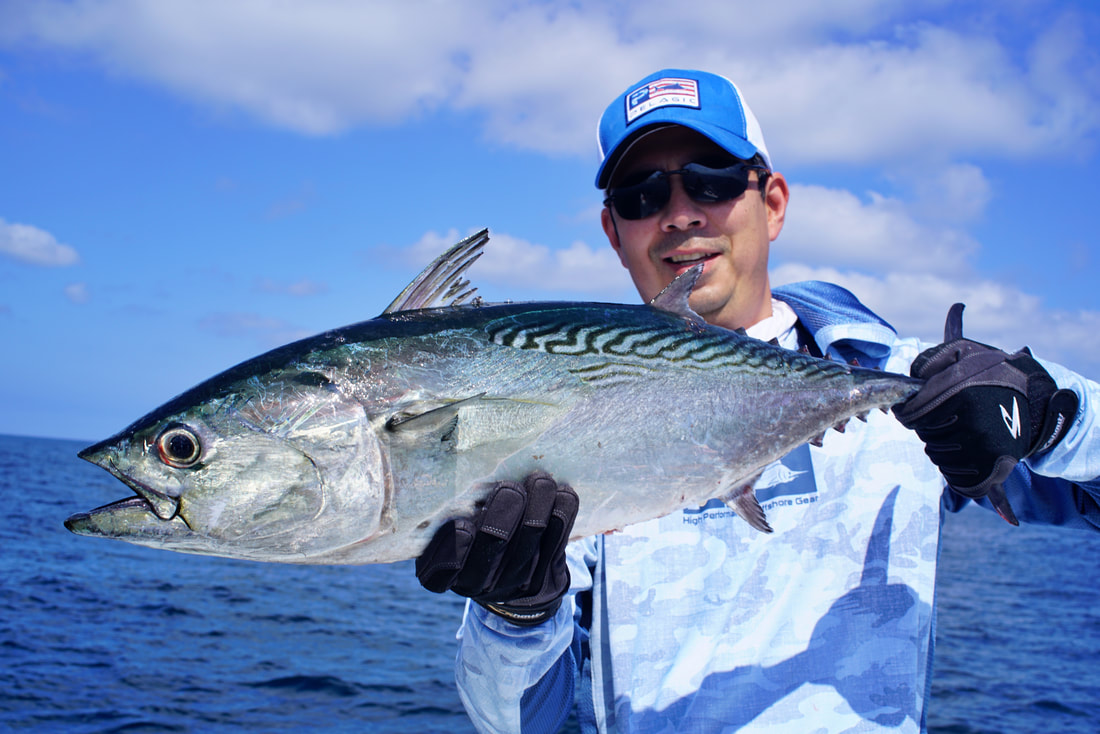 Bonito tackle should be scaled to the size of fish targeted.  Bonito caught from piers are nearly always under 6lbs or so, so 10lb line should be fine for keeping them out of the pilings.  At the offshore islands and banks the fish get larger so scaling up to 15lb or even 30lb tackle might be wise.  Few if any anglers go offshore to target these, so they are usually an incidental catch when targeting other species.  Whatever tackle used for the other species targeted should be sufficient for bonito.  For the smaller ones a Daiwa Certate spinning reel in the 2500 size or so works great.

Bonito are readily caught on both bait and lures.  They like flashy lures with silver in them.  They can be chummed to the boat and are not usually shy.

Bonito are often caught trolling shiny Rapala type plugs.  Once located, they can be cast to with shiny spoons such as Krocadiles.  A steady retrieve with an erratic lure (such as the Krocadile) or an erratic retrieve with a steady running lure (like a Yo-Zuri Crystal Minnow) should work.  Just make sure your lure has lots of flash.

Click below to arm yourself with the right tackle to catch Bonito:
Bonito Baits

Here in California a prime bait is a nice lively anchovy.  Second choice would be a small sardine if anchovies aren’t available.  If you are fishing from a pier, you can catch live bait with a sabiki rig shown above and catch Bonito and other fish that way.

When handling Bonito they tend to spazz out, making it hard to remove the hook.  They tend to calm down quite a bit if you hold them sideways upside down (see pic below).  That actually works on many fish.  Make sure you handle them with wet hands if you are going to release them to avoid removing their slime coat.

Where to get the big Bonito

People don’t really go offshore to target Bonito but the offshore banks such as the Cortez Bank in Southern California have some big ones.  South Florida has some big ones on the Atlantic side.

The above barely scratches the surface on how to catch Bonito.  The resources below will provide a wealth of information: 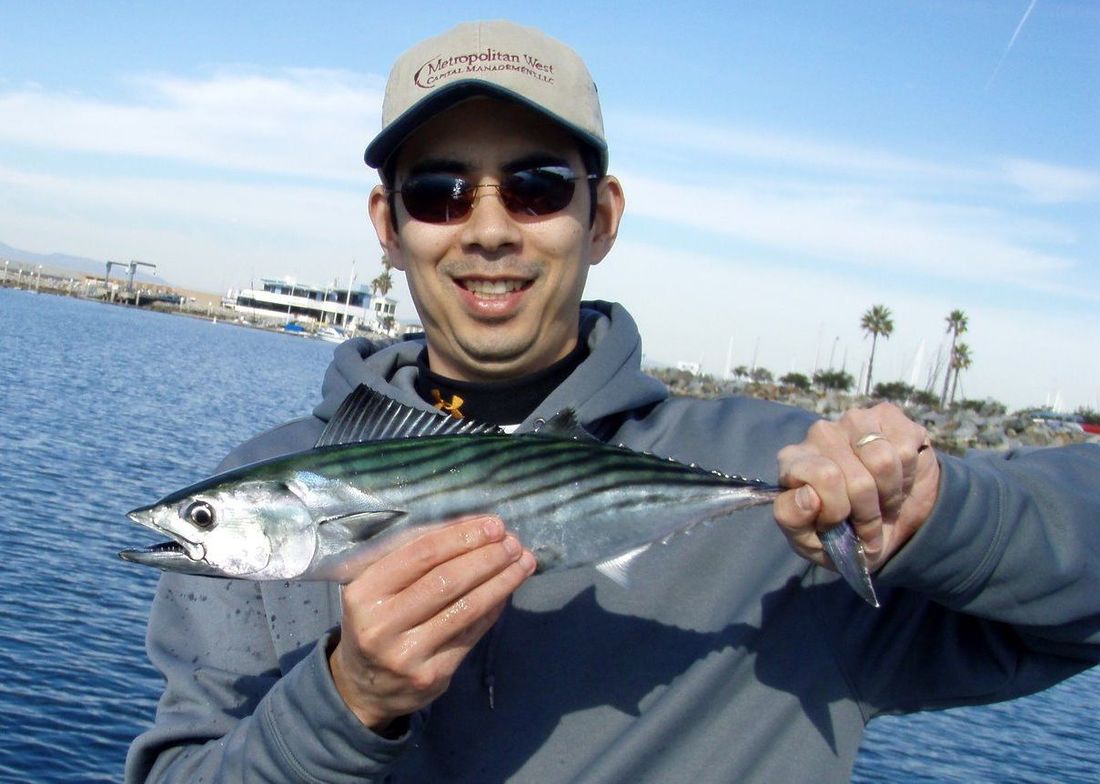 A pretty specimen caught inside Redondo Harbor in California. Smaller ones like this can be targeted from shore. 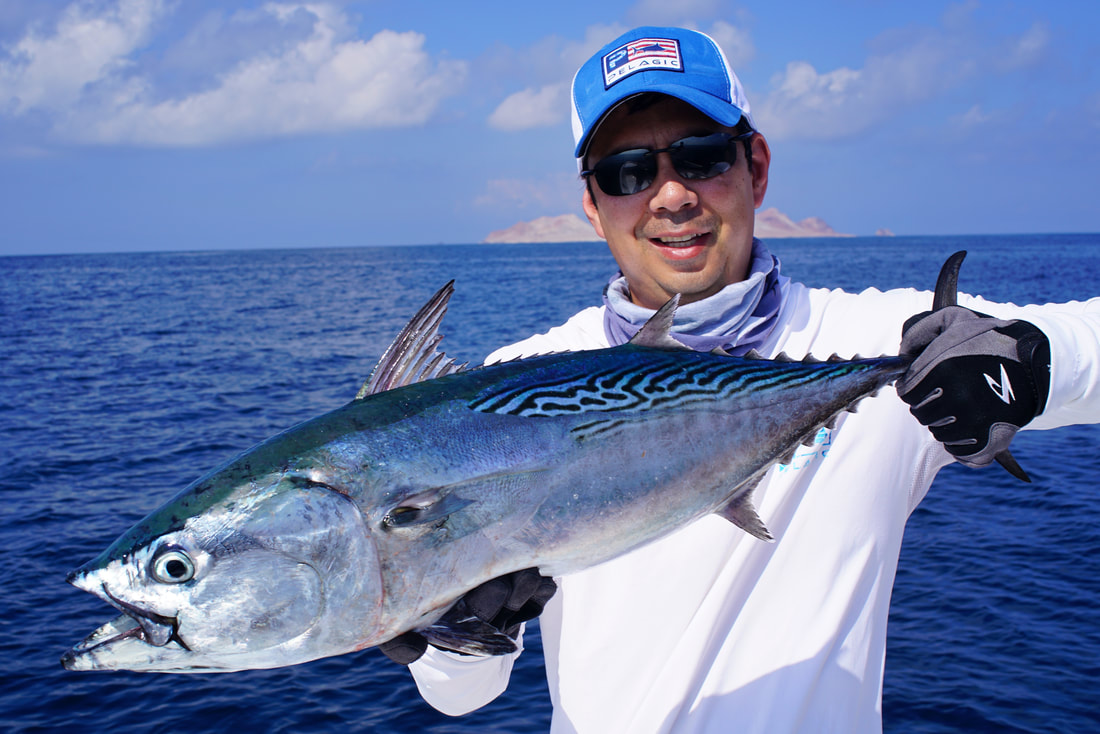