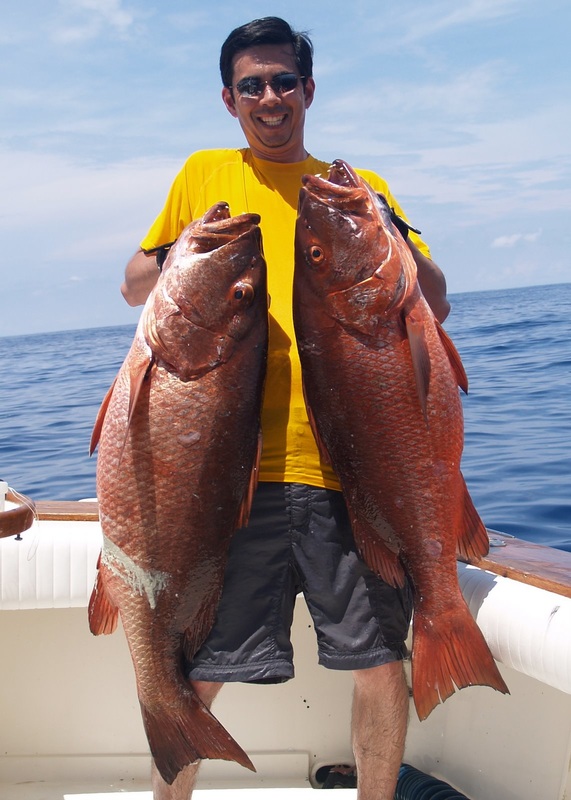 Fished with Manny on the Pacifico. Went to the Roca for nada, then headed to the Banco in the afternoon. A lot of life there; farmed several fish and ended up with a tuna in the 80lb class. Also got a 15lb rainbow runner and Manny got a 40lb class pargo. It was extremely hot out there and I did not drink enough water and felt pretty crappy for most of the trip. No breeze; it was brutal. That tuna really worked me in that heat.

Decided to take it a little easier and fished inshore on the Marla II with Scott. Went looking for roosters and found a hot bite along the shore in which 14 were hooked and 10 landed. All were medium size in the 18-25lb class or so. Had a bigger one pull the hook after emptying most of the spool on my reel. Great time; this time I drank more water and kept dousing myself to stay cool. Also picked up a small dorado. It was pretty quiet except for the 2 hour rooster bite, but that was enough to make the day. I've never pulled on that many roosters at one time.

Fished again on the Marla II and went to the Roca to fish pargo. Farmed a lot of big ones and ended up with 5 in the 10-12lb class along with a decent size jack and a rainbow runner. The bite was hot in the morning and then cooled to nothing in the afternoon. Passed by the roosterfish spot for nada.

Fished with Manny's brother on the Pacifico. Manny had some stomach problem. Went to the Roca and in 2.5-3 hours of trying were unable to obtain a single bait. Hooked two but they both came off. Ouch. Went to the Banco around 11am and immediately made 13 pieces of bait and dropped them down for the big pargo. Farmed the first 7 or so (mostly in the rocks) before putting any on the boat, but managed to get the hang of it and we ended up with 5 in the boat in the 40-60lb class or so. Had big hits on every drop. Didn't see any tuna, although we heard that one boat got a 130kg fish at the Roca.

I was very impressed with both crews I fished with. They were very professional and worked hard to put me on fish. The big tuna bite appeared very sporadic, so I decided not to target them because I didn't want to troll all day for nada like many of the boats were doing. Also, fighting big tuna in that heat would have been rough. I grew up in the tropics and fished in lots of warm places (Panama, Brazil, Hawaii, Venezuela, Baja, etc) and have never been bothered by the heat until this trip. That first day really put me down. If you come down, make sure you are prepared. There was barely any breeze the whole time I was offshore, which made it really brutal. Probably didn't help that I was fighting a cold the whole time. Anyway, it's a great fishery and next time I'm down there I'll have to try to catch the 20 or so big pargo with my hooks in their mouths. 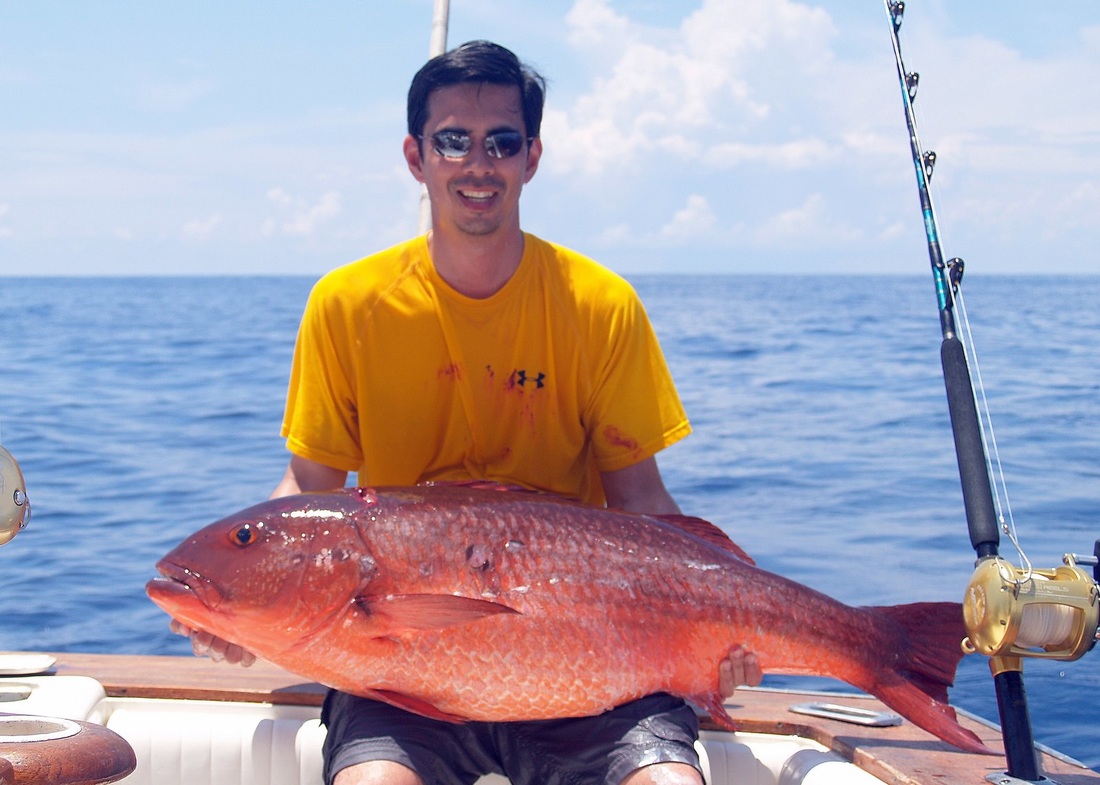 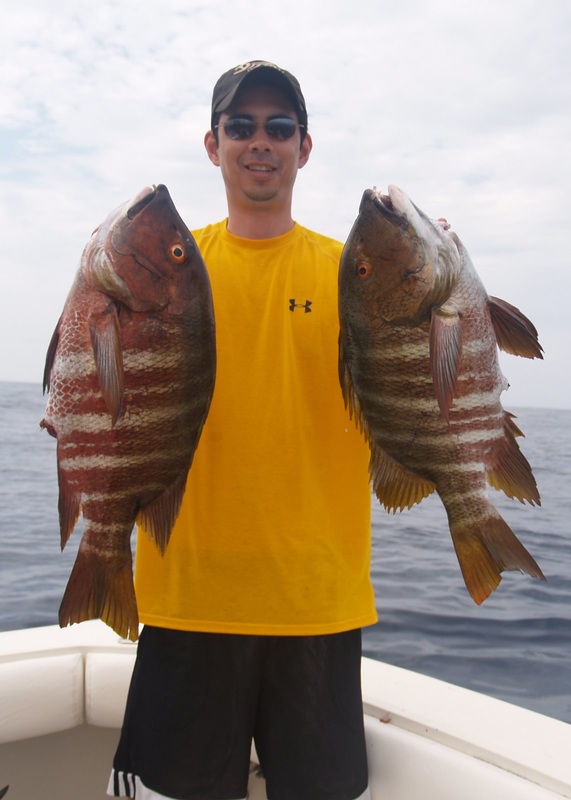 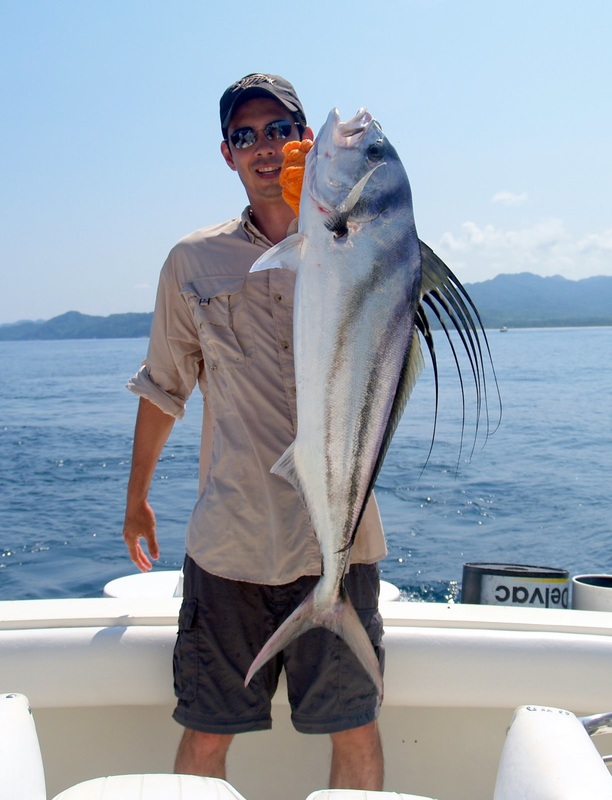 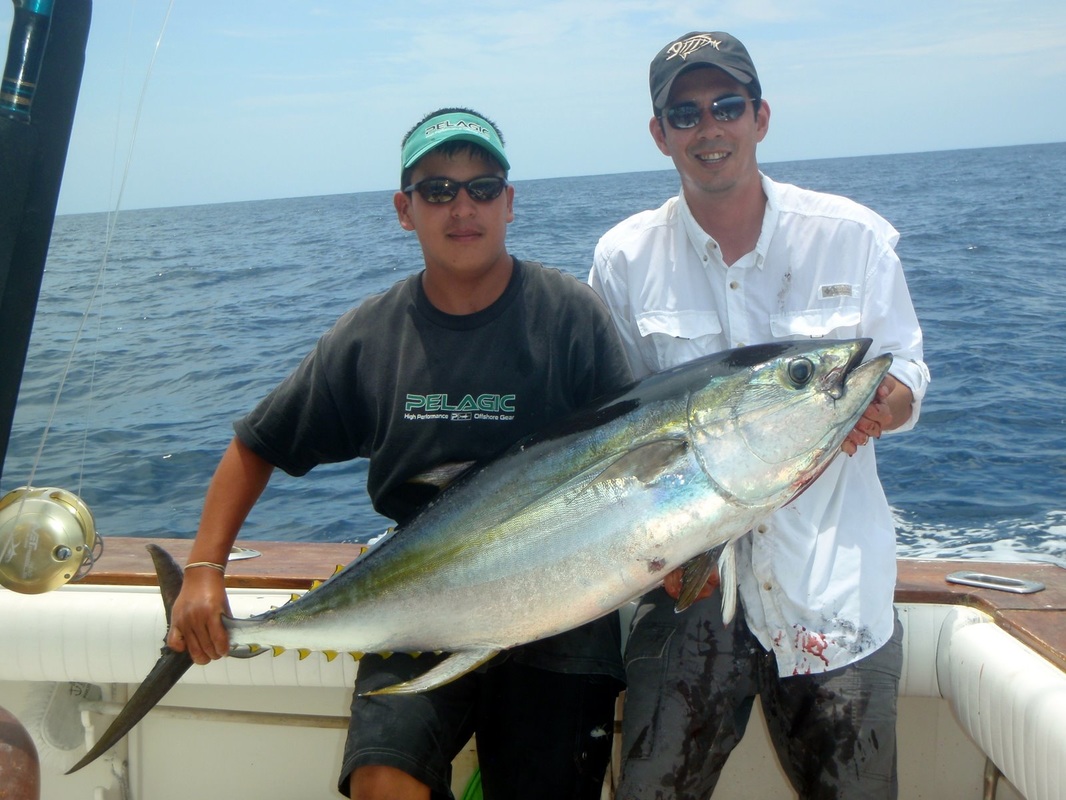 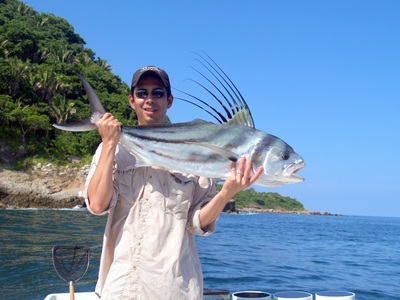 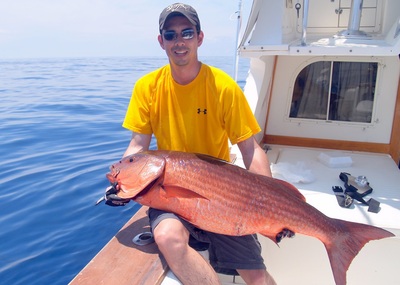 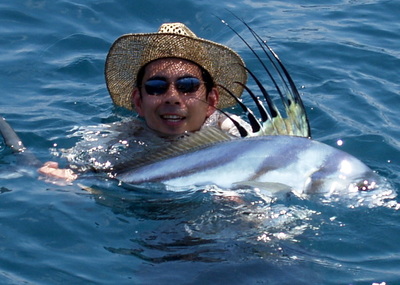 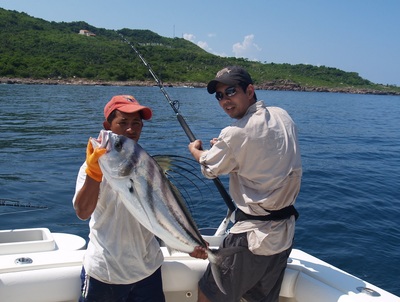 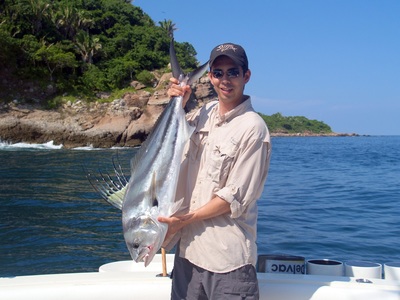 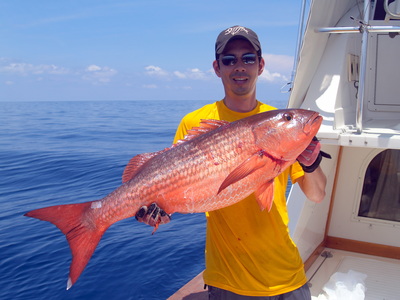