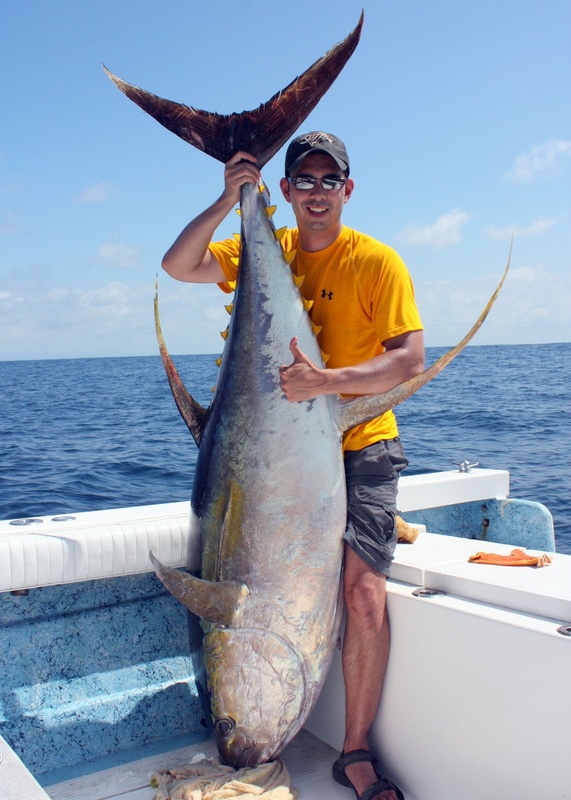 I went with my coworker Luke on Chuy Gorillas' super panga while the three other guys went with Danny Osuna on the Marla. We went to Corbetania and got two big hits on the skipjack right away but they didn't stick. After that there was a lull followed by a 25lb dorado. We put out the kite and got a big hit. I pulled on him for 40mins and was rewarded with an absolute beast of a tuna. We took it back to Chuy's at the end of the day and he weighed it at 259.6lbs. That was several hours after it was caught so I'm assuming it was pushing 275lbs when fresh. While I was reeling that guy in Luke got a 40lbs wahoo on a popper and spinning rod. The other boat got a really nice 175lbs tuna on the skipjack as well as some jacks and a small dorado.

Three guys opted to rest this day so me and my coworker Charlie went out with Danny on the Marla. We headed straight to the Banco, made bait easily, and immediately landed 3 blue marlin in a row (1 kept and 2 released). They were all around 300lbs. It was only 11:30am so we decided to try a few drifts for pargo to take a little break. We landed 3 really nice ones with the usual number breaking off. The marlin were really biting and we probably could have stuck a couple more if we had focused on that but Charlie had never caught a pargo. Great day; Charlie and I both got to hook and land all of our own fish which was cool.

Everyone fished and we headed straight to the Banco. I was with my cowoker Nick on Chuy's panga and the other guys were with Danny. The word had apparently gotten out about the marlin because there were quite a few boats there. It didn't matter as the marlin were still biting. Nick and I hooked a beast that took a solid hour of hard pulling to land (Nick got fatigued fast from the heat and not drinking enough fluids so I pulled on it for the last 40 mins or so). We got it to the boat and it was really thick; Chuy estimated 550lbs. Since he estimated my tuna at 235lbs before weighing it in at 259lbs I'm guessing he is a little on the conservative side. We made a clean release on the marlin. Nick was in no mood for more marlin so we headed back to the pargo. We only got one hit on the pargo and it missed the hook. We decided to head to Corbetania to try to get a tuna for dinner. We farmed a couple but managed a 30lber that made the best sashimi I have ever had later on at Margarita's (where we ate every night). We also got a couple jacks. Danny's boat stayed with the marlin the whole time and hooked 8 and landed 3 (all released). They ranged from 200-400lbs. 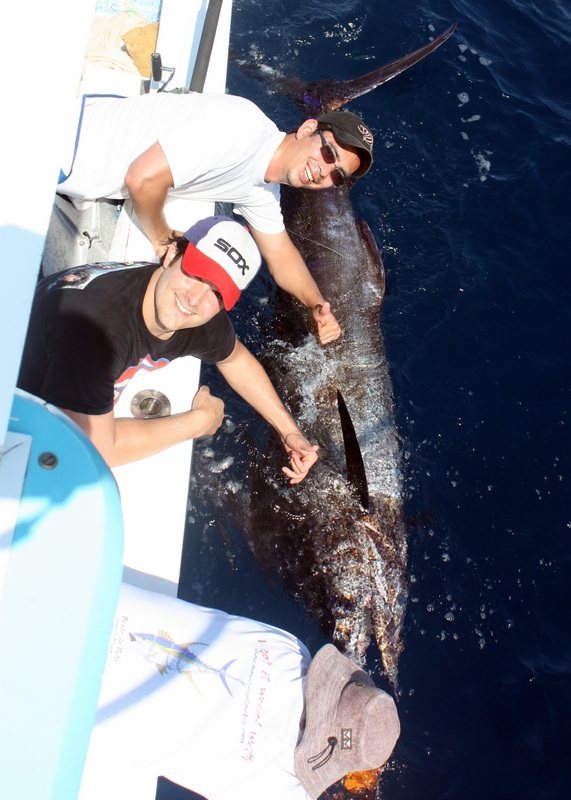 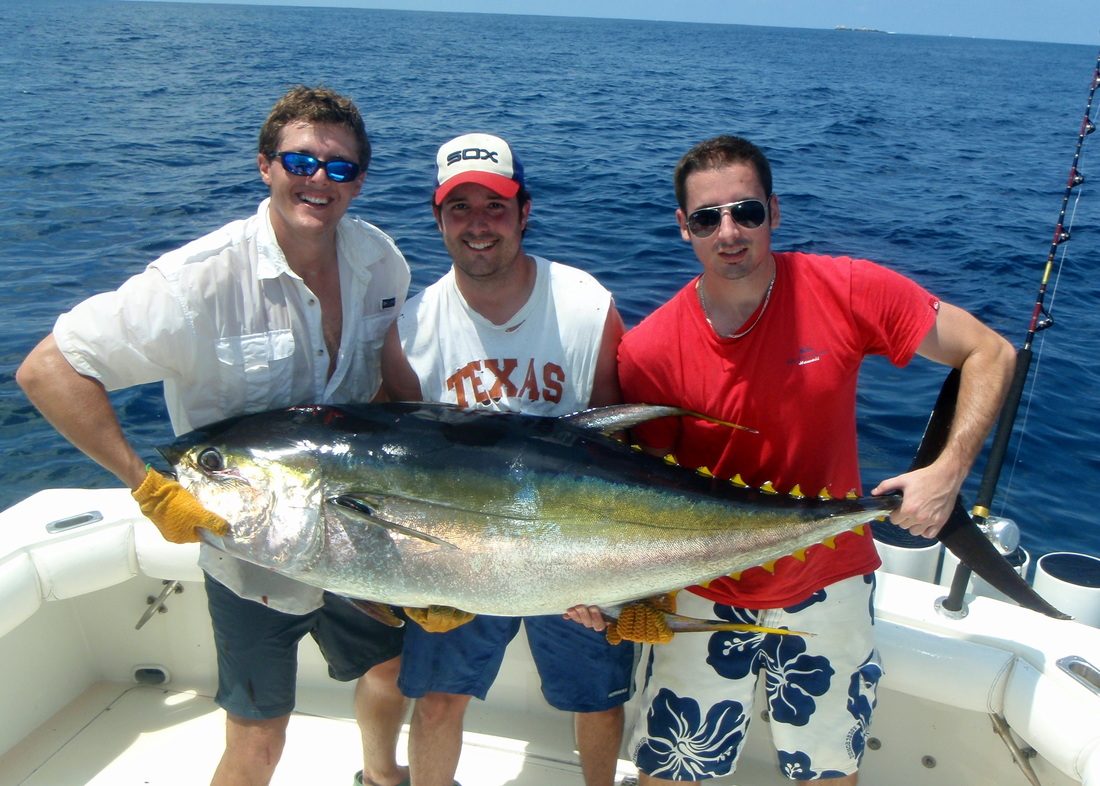 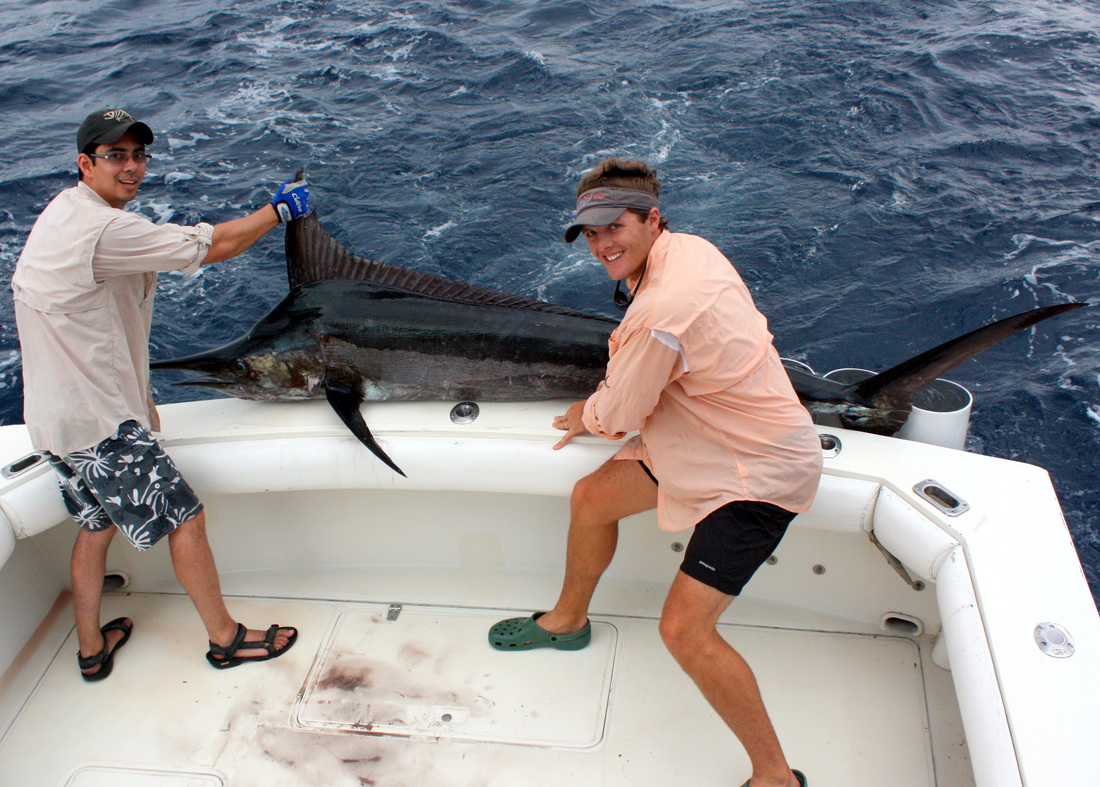 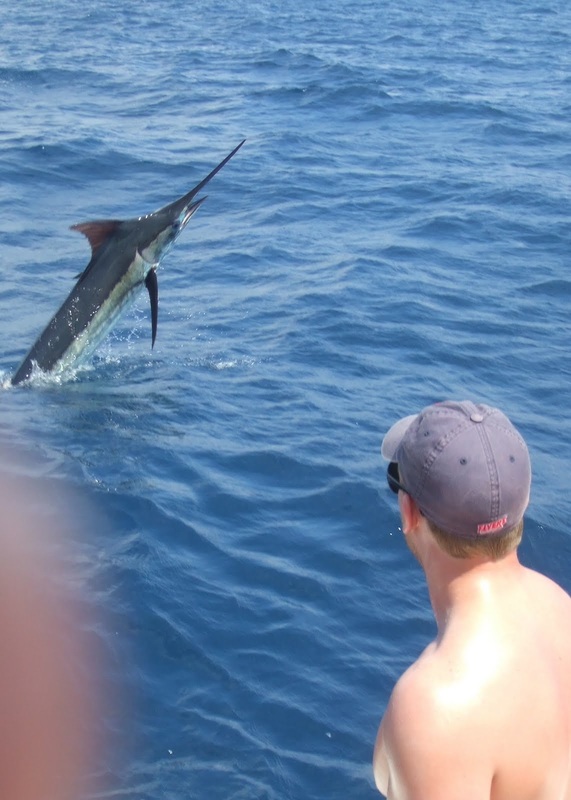 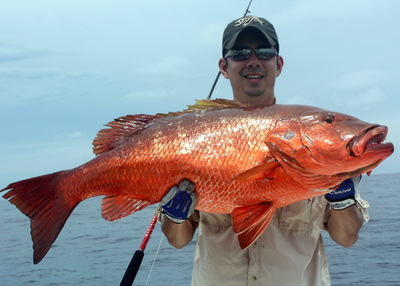 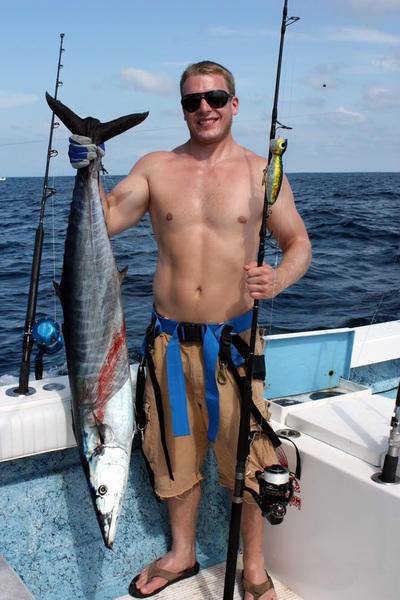 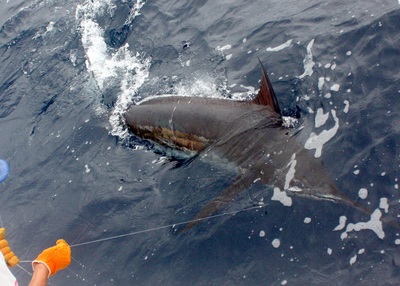 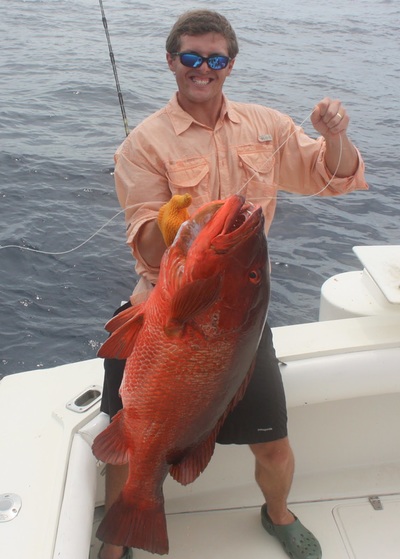 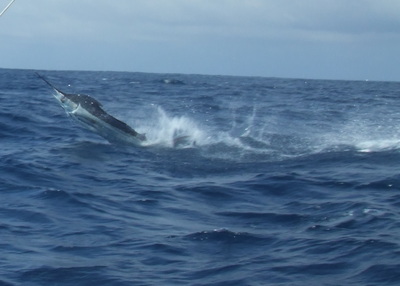 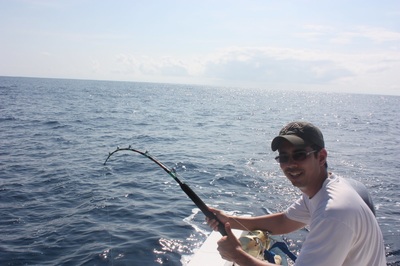