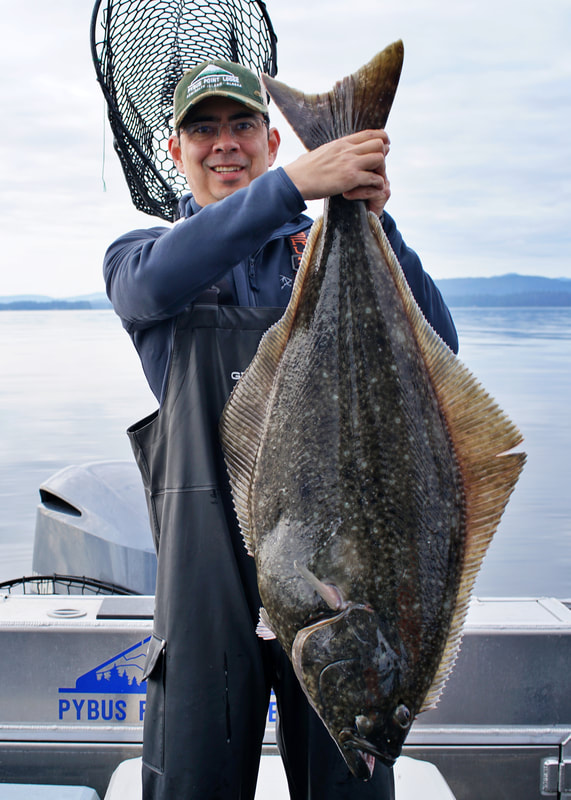 There are two species of Halibut that I know of:  Atlantic Halibut and Pacific Halibut. I have only fished for the Pacific Halibut, which is found from Northern California up through Alaska.  They are most prevalent in Alaska.

Pacific Halibut can attain massive sizes of up to 500lbs.  They are relatively long-lived, potentially living over 50 years although that is rare.  They are highly sought after as a food fish.

As juveniles, Halibut start out swimming like most fish with their eyes on each side of their head.  As they grow, they turn on their sides and one eye migrates over and they start to look like other flatfish.  Just one of the many wonders found in nature.

Halibut are nearly always caught while bottomfishing, but they do sometimes come up in the water column to hunt a variety of other fish such as herring.  They also eat octopus and squid, crustaceans, and basically anything they come across that fits in their mouths.

Pacific Halibut do not put up that strong of a fight, but they do pull and because they are often hooked at great depths they can be a lot of work to bring in.

Pacific Halibut don't fight much, but they make up for it at the dinner table.  The smaller 20-40lb fish are especially tasty.  They have a high fillet yield of around 65%.

Heavy tackle is recommended, both because of their large size and the fact that you need to fish with heavy weights to get down to where they live.  They are not line shy, so you can use a heavy leader.  Make sure to use a sharp hook to penetrate their tough mouths.

Pacific Halibut are generally caught bottomfishing with bait or lures.  They respond well to scent, so chum can be effective.

Pacific Halibut will hit a variety of soft plastic lures fished on heavy leadhead jigs of a pound or more depending how deep you are fishing and how much current there is.  Just bounce these off the bottom.  Occasionally you can reel up 20 or so cranks, jig it up and down a bit, and then drop it back down again. 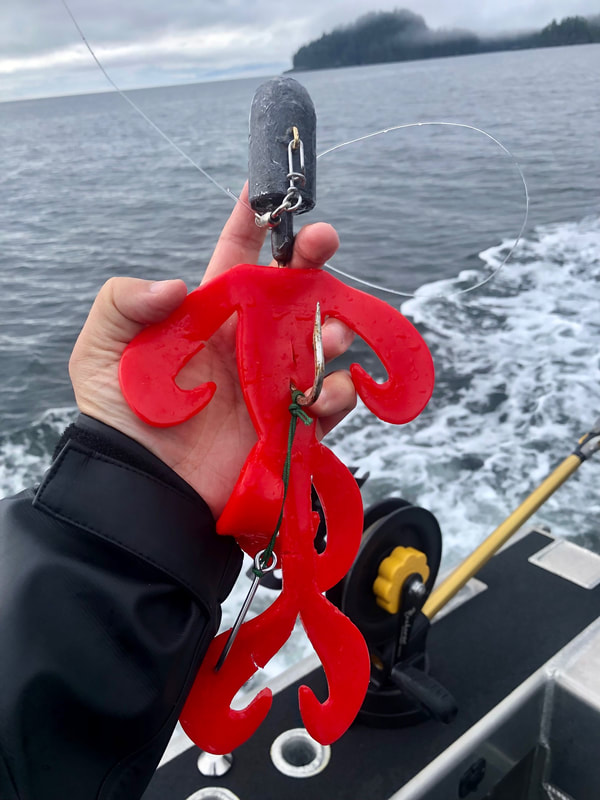 Big plastics like this can yield some nice fish 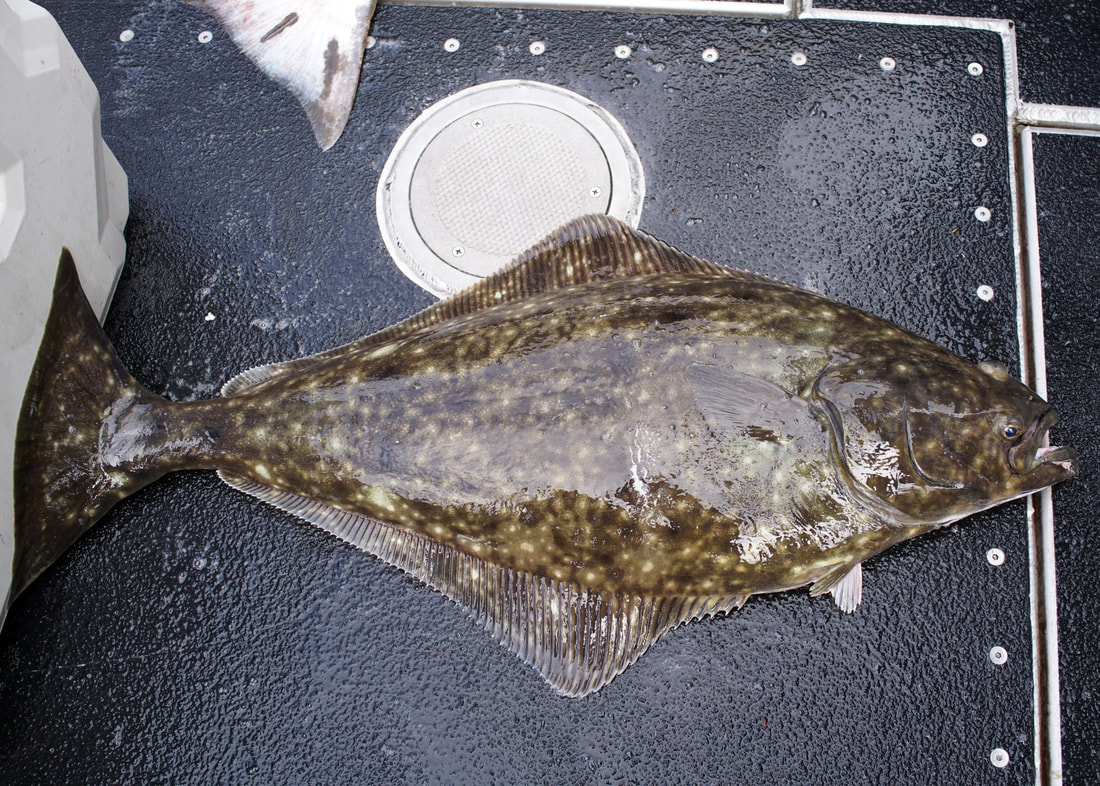 Pacific Halibut love big baits on the bottom.  Salmon heads, salmon bellies, herring, octopus, and a whole host of baits work well.  Many anglers anchor, put in a chum bag and some baits, and wait for the Halibut to come to them.

Where to get the big Pacific Halibut

One word - Alaska.  There are many options, including Seward, Homer, and Kodiak Island are good options 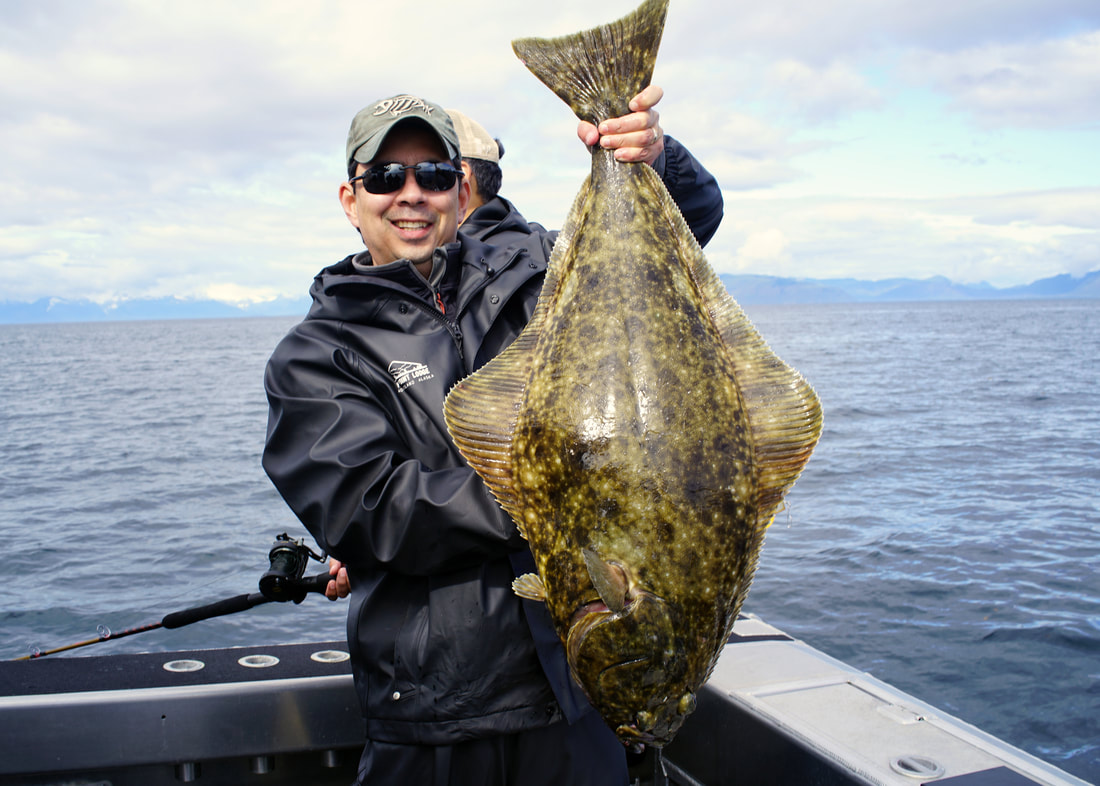 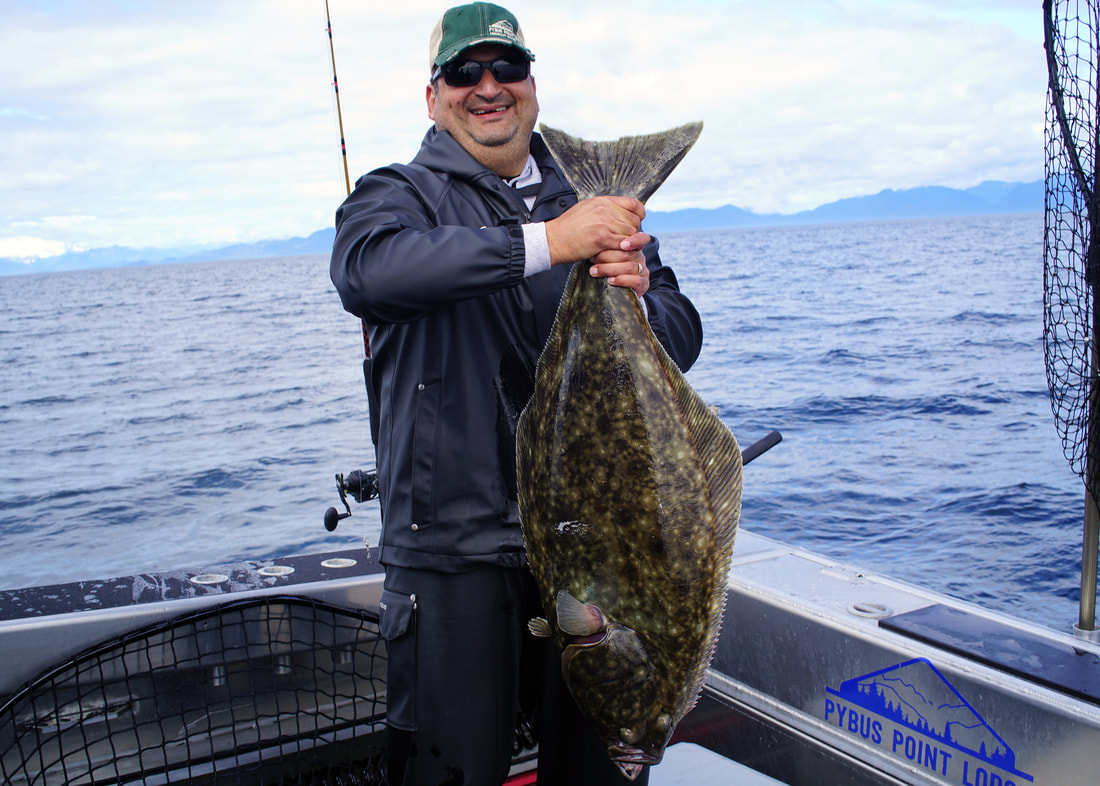 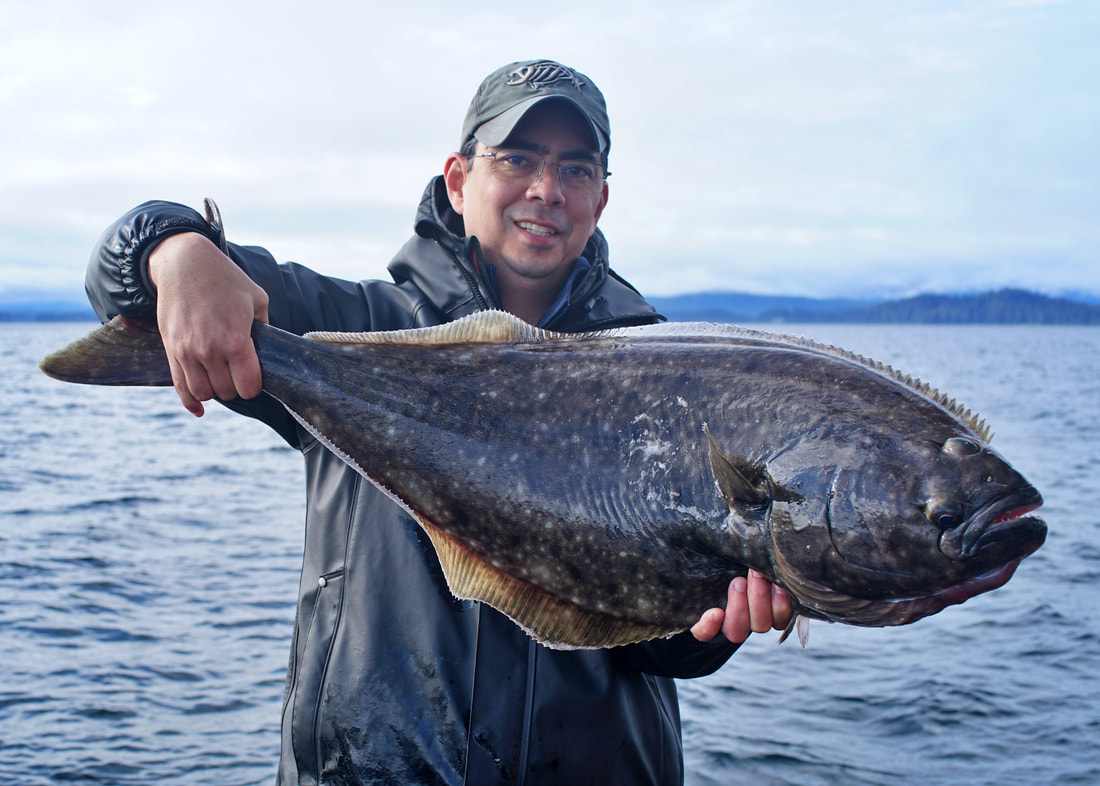