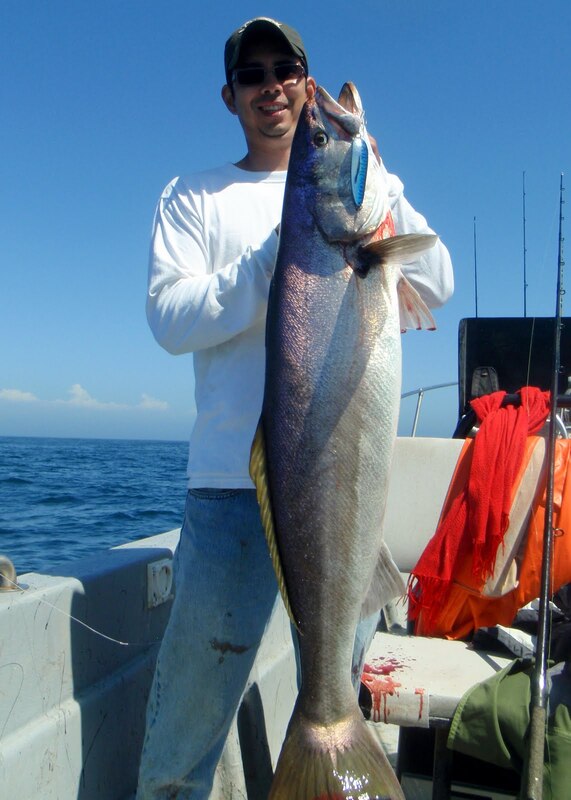 This is what we come to San Quintin for - White Seabass
San Quintin, Mexico

My brother and I headed down to San Quintin, Mexico to do a little fishing.  The hope at that time of year was White Seabass, but there is always something biting down there if the elusive Seabass are not.  The drive down from LA took about 10 hours with some short stops. We had heard the fishing was tough due to the cold water and no fin bait, so we picked up some frozen squid just in case. When we got there Captain Juan Cook confirmed it was tough but that we would go looking for seabass and see what we could find. The first day we went looking for a bit and found some anchovy bait but nothing feeding so we hit up some rockcod spots with our squid for about 20 reds, lings, and chuckleheads. 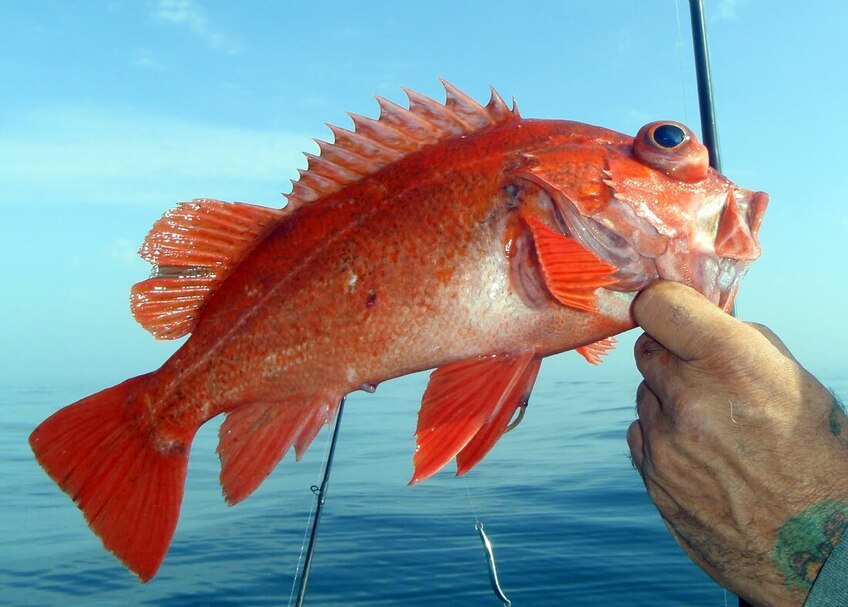 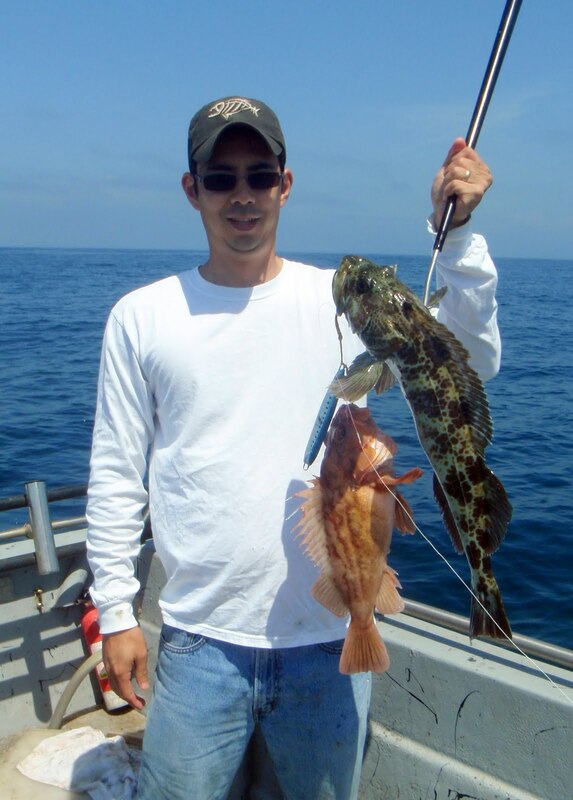 It doesn't take long to fill the cooler when you get two fish on one lure.
After filling the cooler, we went looking some more for seabass. We found the birds diving on the bait so we started casting Kroc spoons and managed two around 20lbs and one around 15lbs along with some of the huge cuda that always seem to be down there when I go.
The three seabass gave us hope for the next day. We headed out again and Juan went from bird school to bird school until we found biting fish. We tried trolling for a while with 5 lines out but just had one hit that didn't stick. When we started casting under the birds we managed 4 bass - 40lbs, 30lbs, 20lbs, and 15lbs. I also had another big one throw the hook after a nice fight and Juan farmed one at the boat. We had to pick through the cuda as usual. No rockcod because we forgot our squid at the hotel.

​Total of 7 White Seabass boated for the two days, all on Krocodile spoons.  The trick was to let it sink below the Barracuda.  We caught and released countless Barracuda and kept a few, and went home with a cooler full of Rockfish from the first day.  Very solid two days of fishing. 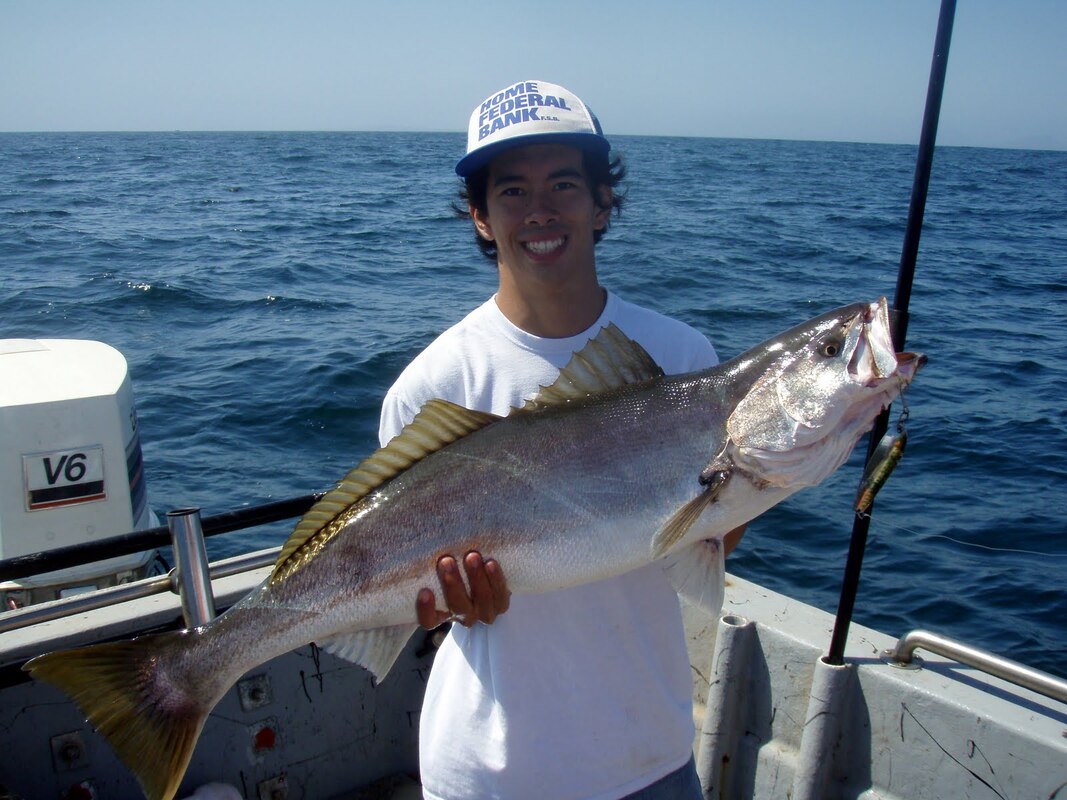 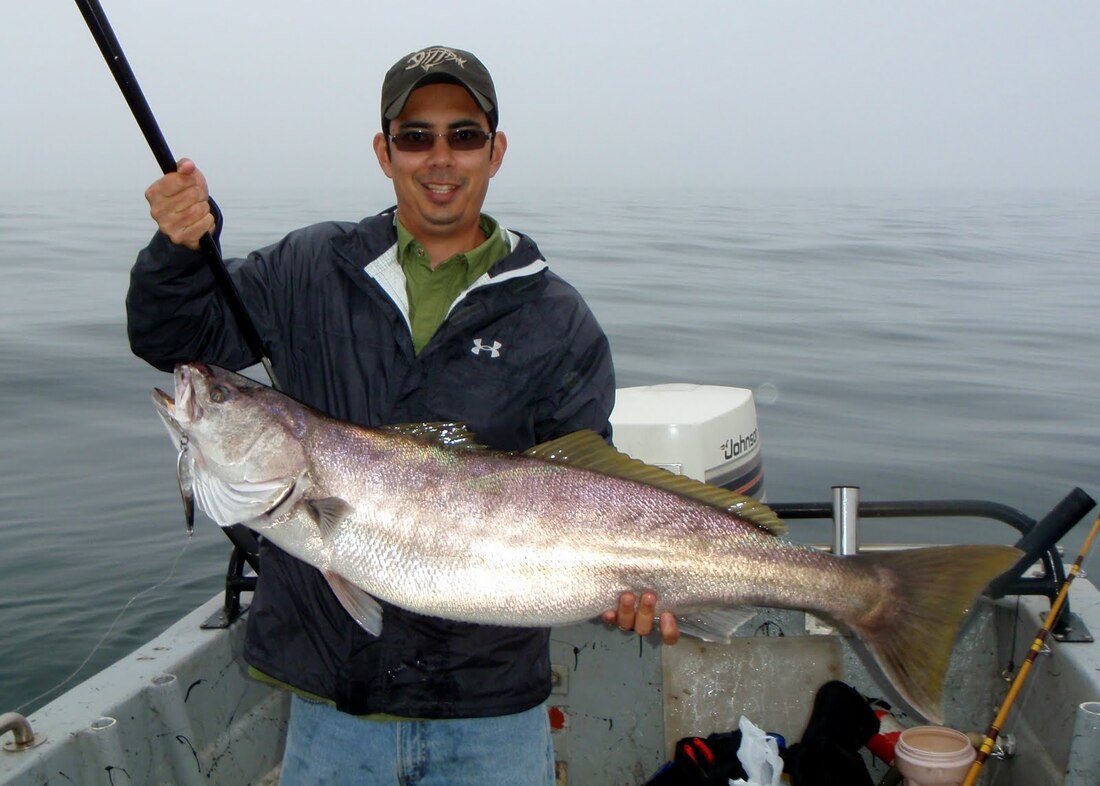 A fattie on the Krocodile spoon 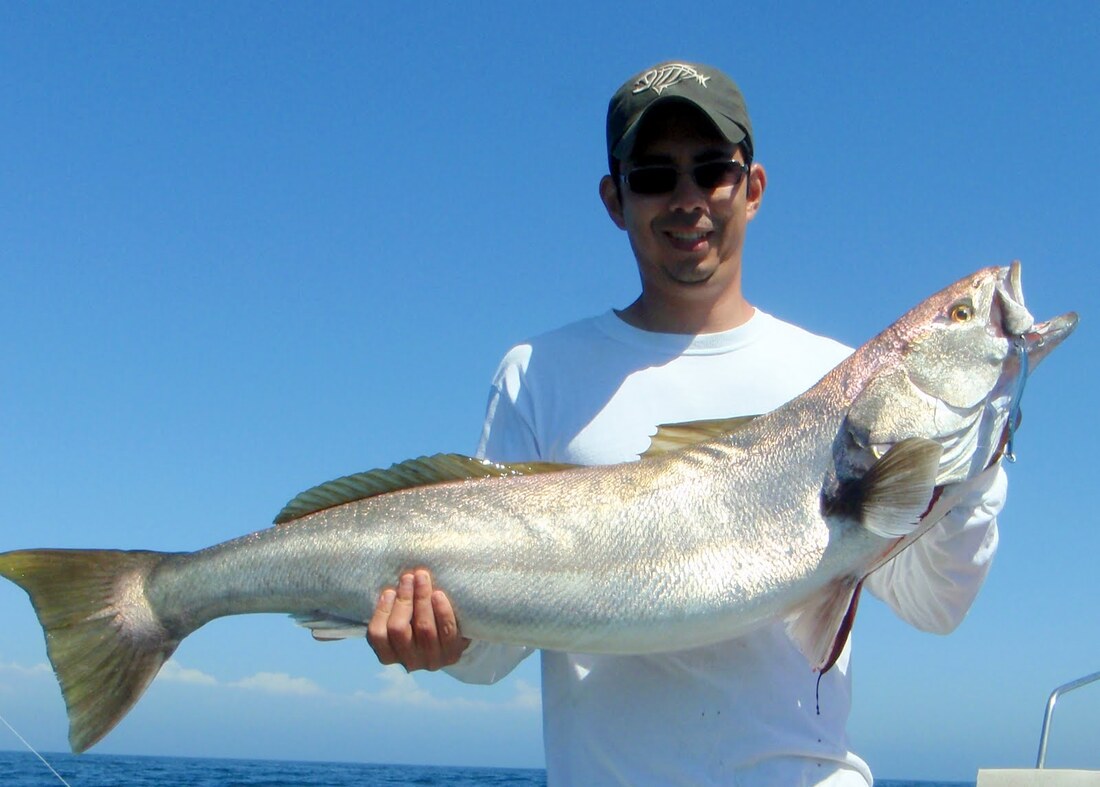 Another beauty on the Krocodile spoon 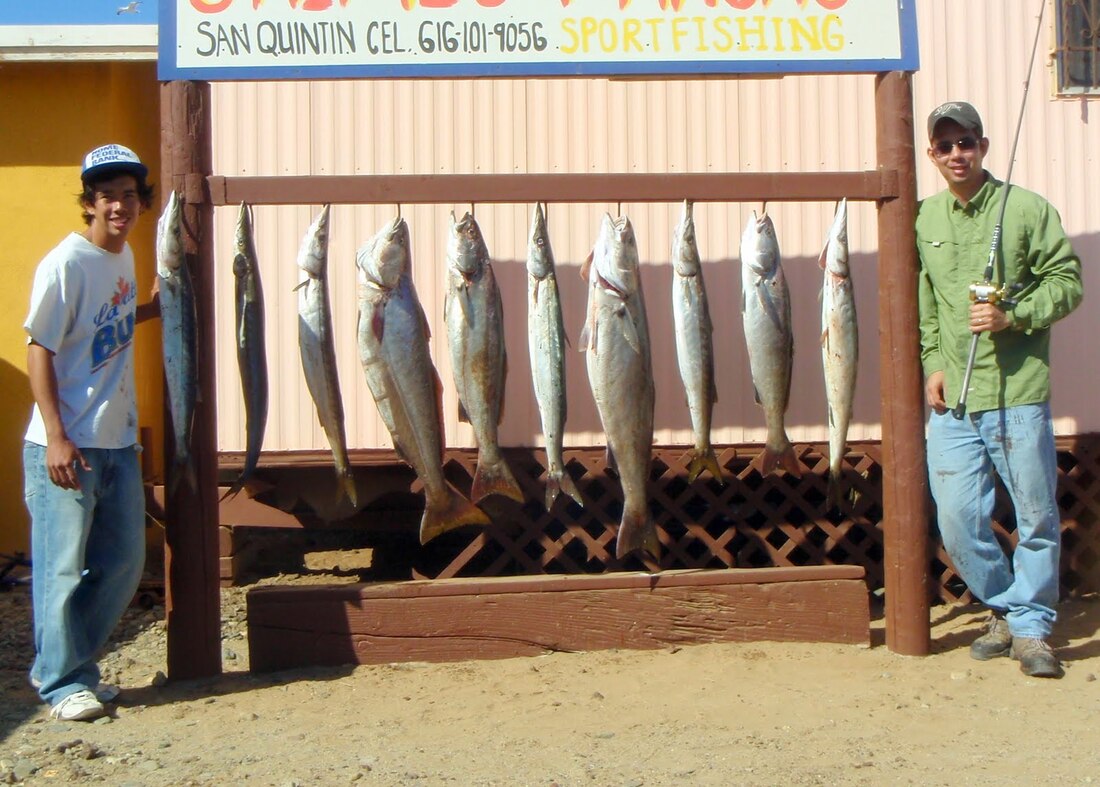