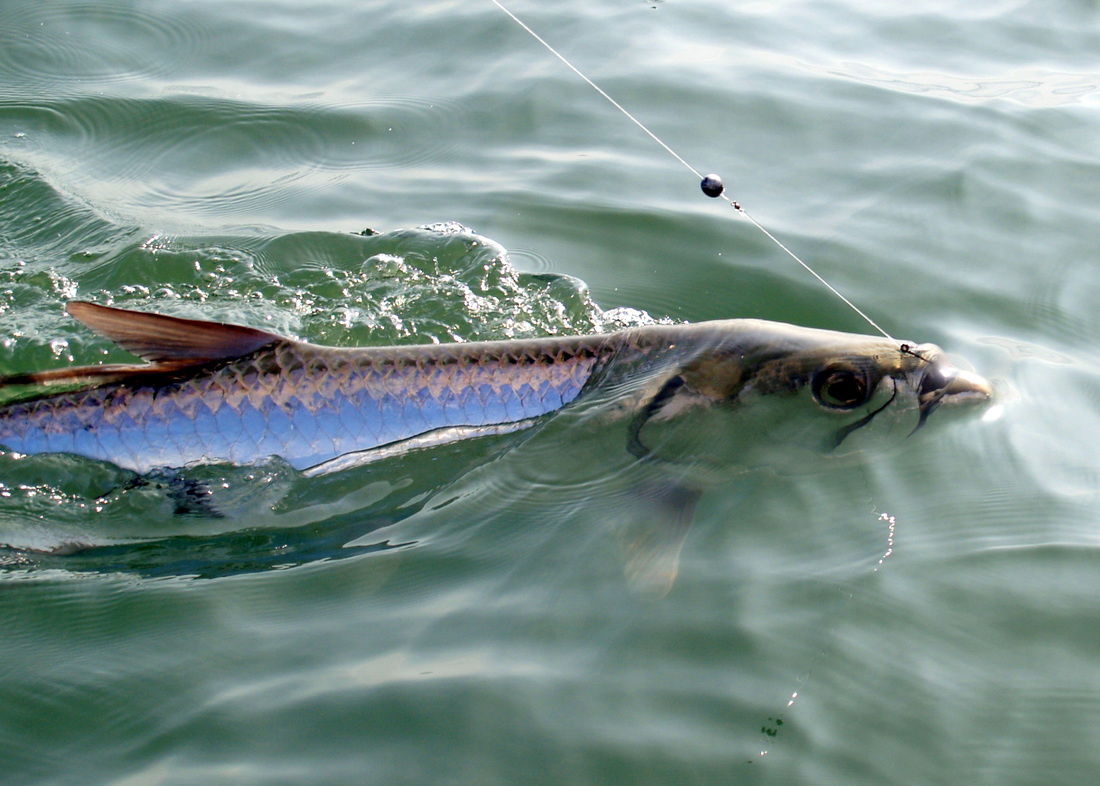 I went here in January '06 to the Rio Parismina Lodge. The lodge does not have luxurious accomodations by any means and the rooms (when I was there) did not have AC. However, for a fisherman going solo I was pretty comfortable. The food was pretty good. I had a guide assigned to me who pretty much went out and came back when I wanted which was nice. There are a couple of other lodges in the area but I got the sense that this is the nicest one. Also, they use live bait for tarpon which at the time had not caught on some other places. Using live or dead (dead worked just as well) sardines with circle hooks is about 10 times more effective than jigging coast hawks or other lures if you want to actually land tarpon. The main challenge here (and it's the case with all the lodges there) was getting out of the river mouth to the tarpon in the ocean. The river mouth is often rough and each day the lodge manager would go out and make the call on whether the boats could get out or not. If he said no, that was it; there was no arguing. My first four days we could not get out. This meant I was stuck fishing the river. There were tarpon in the river, some of them decently large, but they were very hard to land. I cast Yo-Zuri crystal minnows for them and managed to jump 13 and only landed 1 around 40lbs. It is not at all easy to get treble hooks to stick in their tough mouths, plus there was a lot of brush and stuff for them to run into. Much easier to catch were the mojarra, which are like a cooler looking bluegill. They bit tiny Rapalas and were fun to catch but certainly not what I came for. I also got a few small snook in the river but overall the fishing there was not worth flying to Costa Rica for.

The last couple days I got out to the ocean. Even on the calmer days, the ride out of the river mouth was pretty scary. Everyone had to put on life jackets and the captains would gun the motors to try to get through during breaks between sets. Not for the faint of heart. Once out there we sabiki'd up some sardines, threw them out unweighted or with a small slider, and waited for tarpon to bite. On the last morning I jumped around 18 tarpon and landed 13, all between 70-130lbs. The 130lber was somehow foul hooked in the tail and took forever to bring in. All released cleanly.  My guide Gabriel was quite the photographer; he took many of the pictures of the tarpon jumping on this page.  As anyone who has tried knows, it's not easy to get good shots of fish jumping.

This place can be awesome if you can get out, but if you can't it can be very frustrating. During some parts of the year the lodge has some very large snook but none were caught when I was there. the lodge owner caught one in the high 40s/low 50s that they had mounted on the wall. Another worthwhile gamefish is the rainbow bass or guapote. Fishing for those is supposed to be very good at certain times of the year but I couldn't get a clear answer on when those times were. They had some fantastic mounts of some large ones at the lodge that made me really want to catch one but I didn't have any luck.

If you are thinking of doing this trip make sure you try to pick the calmest time to go or else you could end up spending a lot of time putting around in the river. 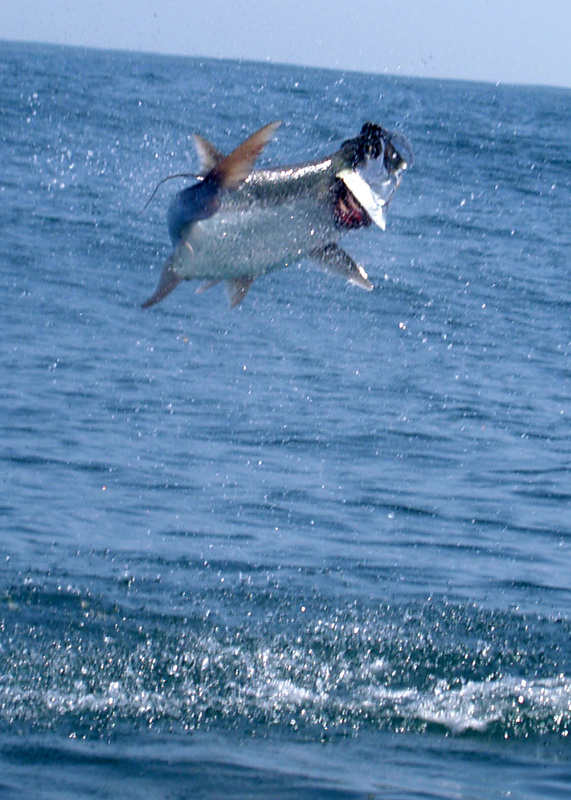 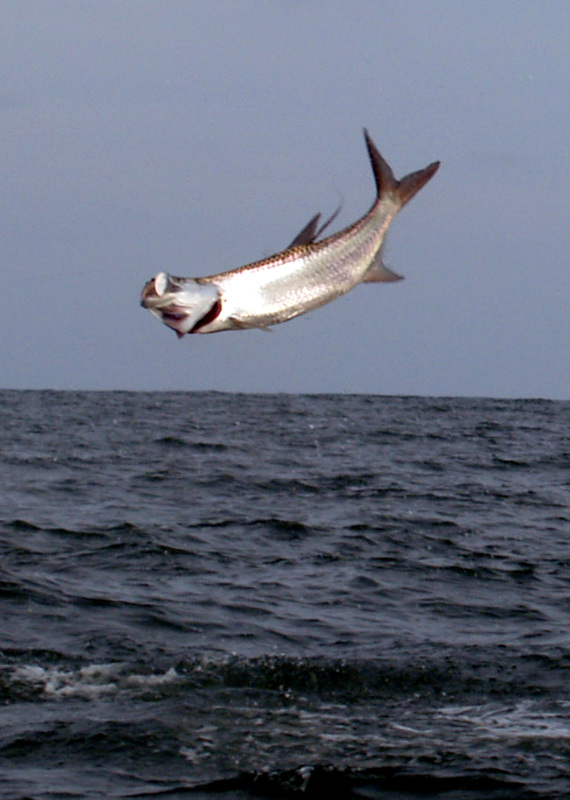 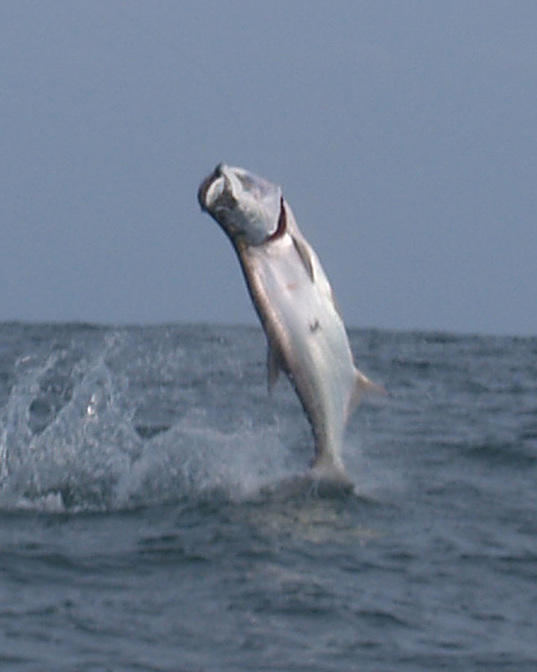 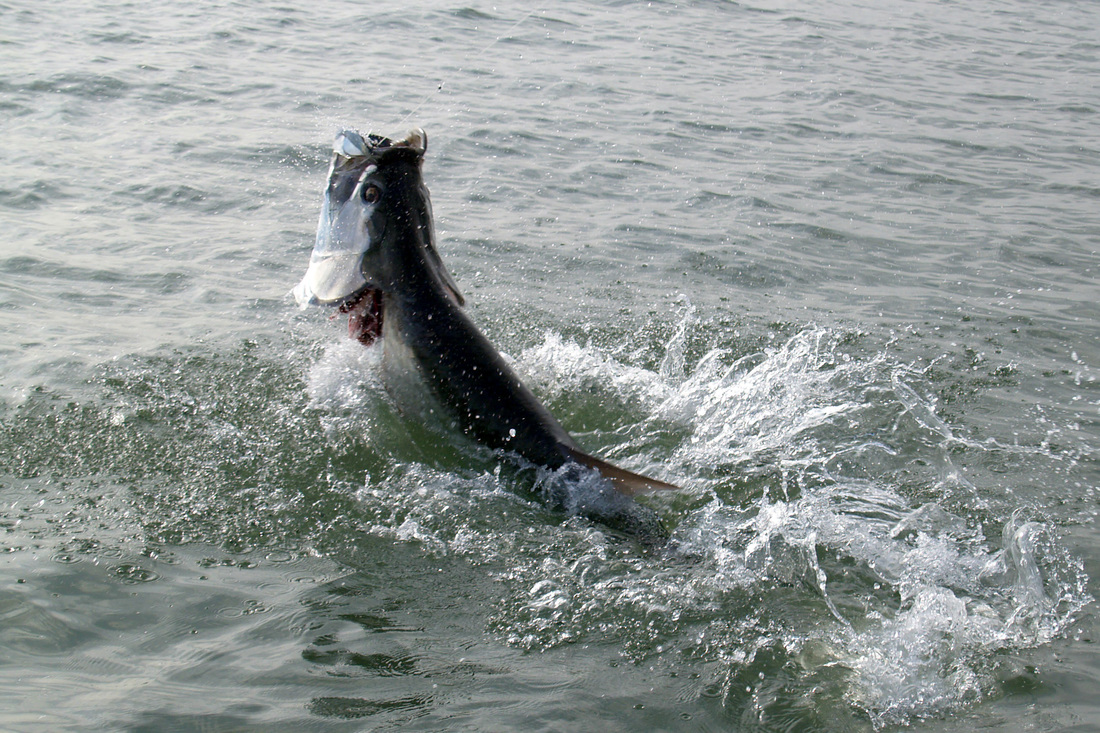 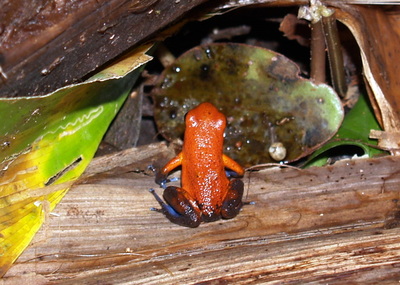 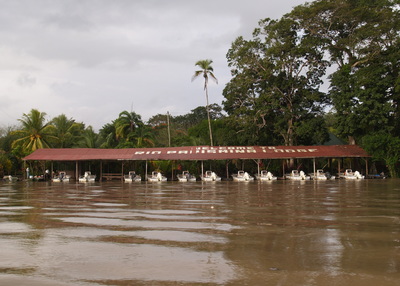 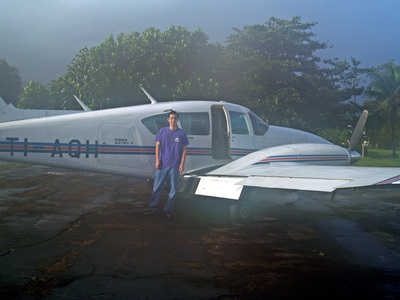 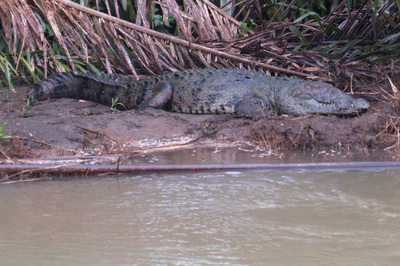 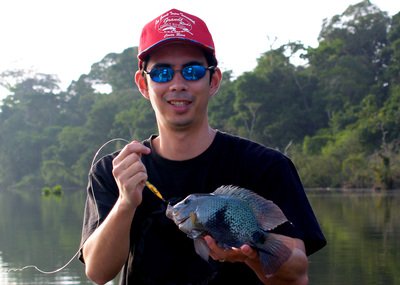 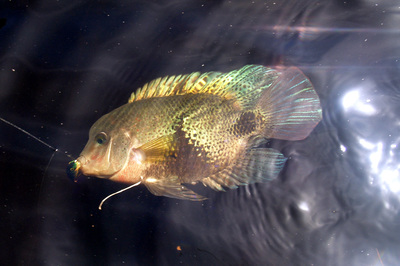 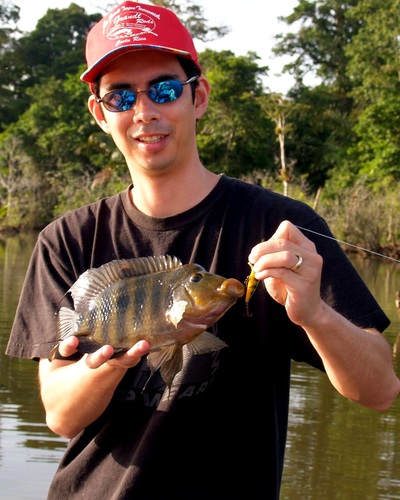 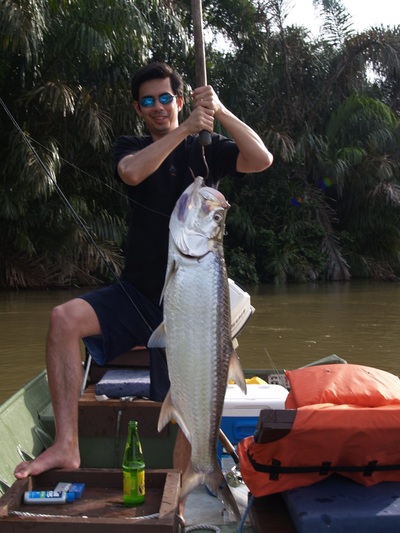 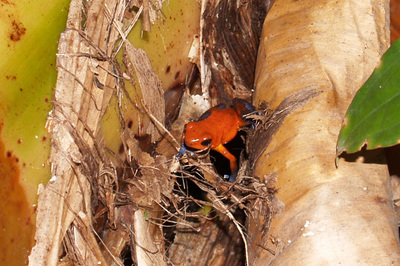 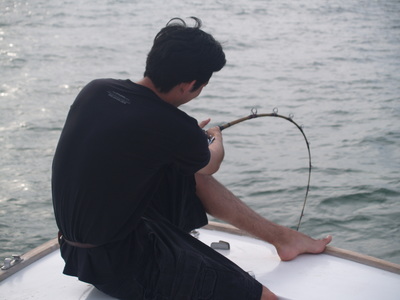 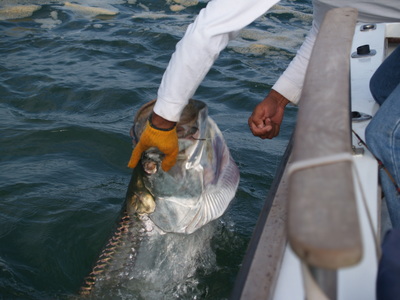