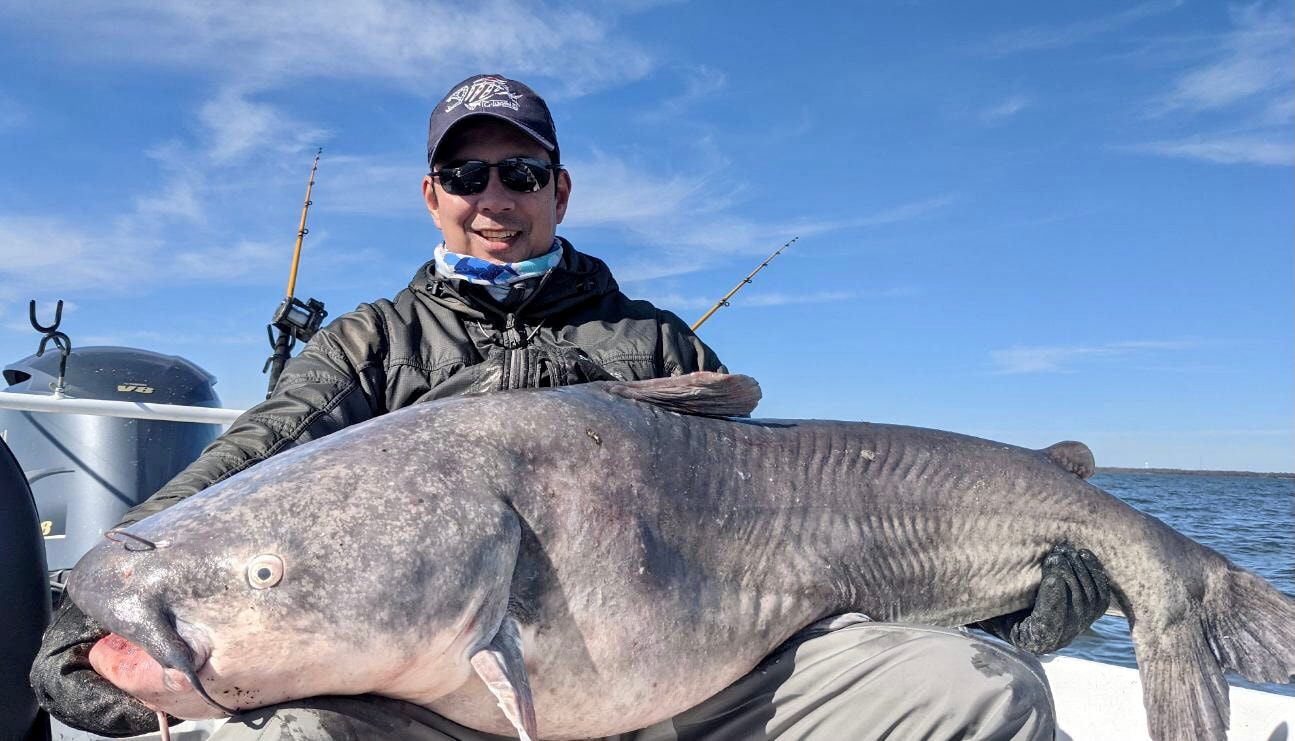 Blue Catfish are the largest catfish species in North America, reaching weights well over 100lbs.  Their native range is primarily within the Mississippi drainage, although they have been stocked in a number of areas and spread.  They are primarily a river fish, but also live in lakes and are now even found in some coastal areas such as Chesapeake Bay since they can tolerate salt water.

When they are smaller, Blue Catfish are often confused for Channel Catfish.  However, they get much larger and there is no confusion for the bigger ones.  They can live to about 20 years.

Blue Catfish are not picky eaters and eat whatever they can catch - fish, frogs, crayfish, etc.  They have been stocked in some areas to control pests such as Asian clams.  They don't have big teeth; just hundreds of tiny teeth that make their mouths feel like sandpaper.

Like most catfish, they mostly live on the bottom, but may suspend midwater or even come to the surface.  They can reach huge sizes of over 100 lbs, but most fish caught range from 5-10lbs.

Blue Catfish are a common food fish everywhere they are found and are popular in restaurants.

Blue Catfish are not great fighters.  They often just sort of flop around.  Bigger ones can put up a decent tussle, but they are just not great pound for pound fighters.

Bass tackle is fine for the smaller ones.  If hunting the giants, then medium conventional saltwater tackle in the 30lb class is probably the way to go.  It's a good idea to use a heavy leader to protect against their sandpaper-like teeth shredding your line.  80lbs is the recommended minimum when fishing for the larger ones.  They are not line shy.

Blue Catfish are nearly always targeted with bait.  They are sometimes caught incidentally while fishing with lures for other fish, but that is not the primary way they are caught. 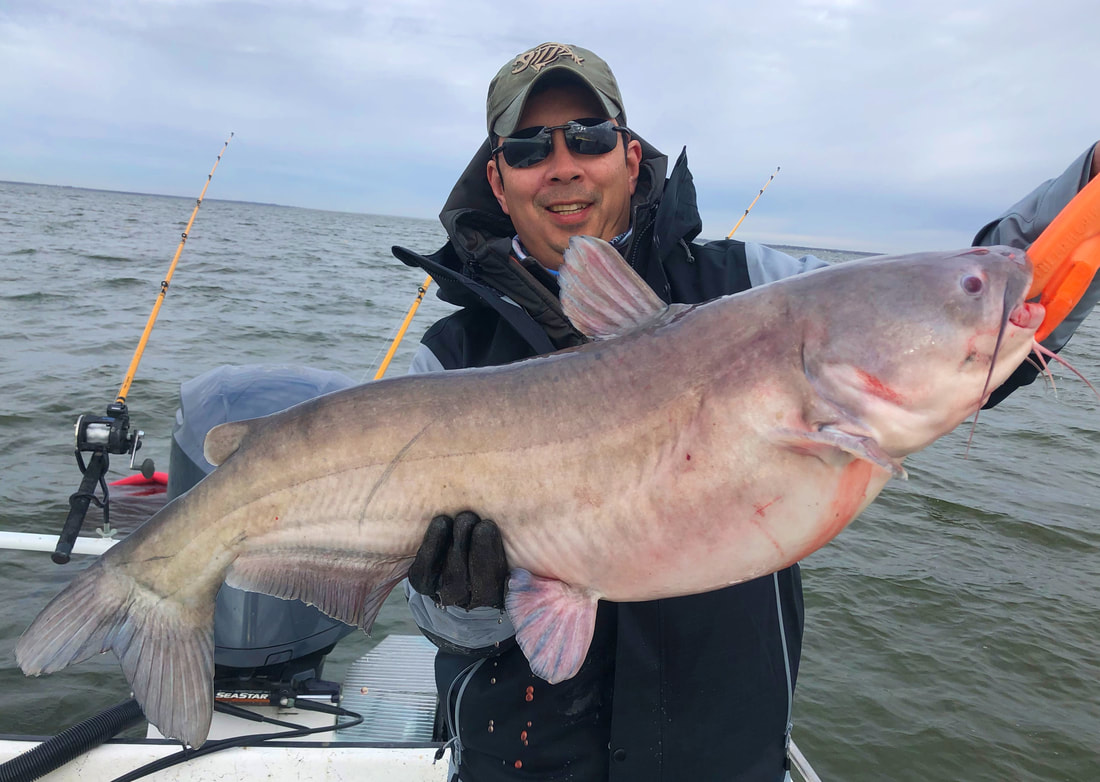 The best Blue Catfish bait most places is a fresh chunk of Gizzard Shad.  That will outfish frozen bait.  They will also eat a variety of other small fish including threadfin shad, bluegill, suckers, and others.  Pretty much any small fish will work, as these fish are not picky.  They will happily devour live or dead bait.

Large Blue Catfish are often caught drifting near the bottom during the winter when they head out to deeper water following the shad.  Blue Cats seems to like baits rigged to flutter.  They can also be caught while anchored in a likely spot, and baiting a catfish spot ahead of time can really attract a lot of small ones. 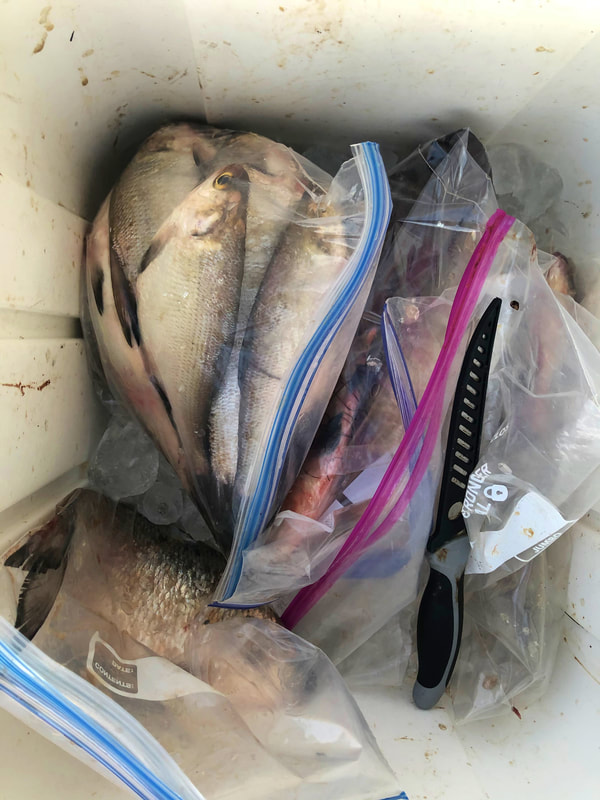 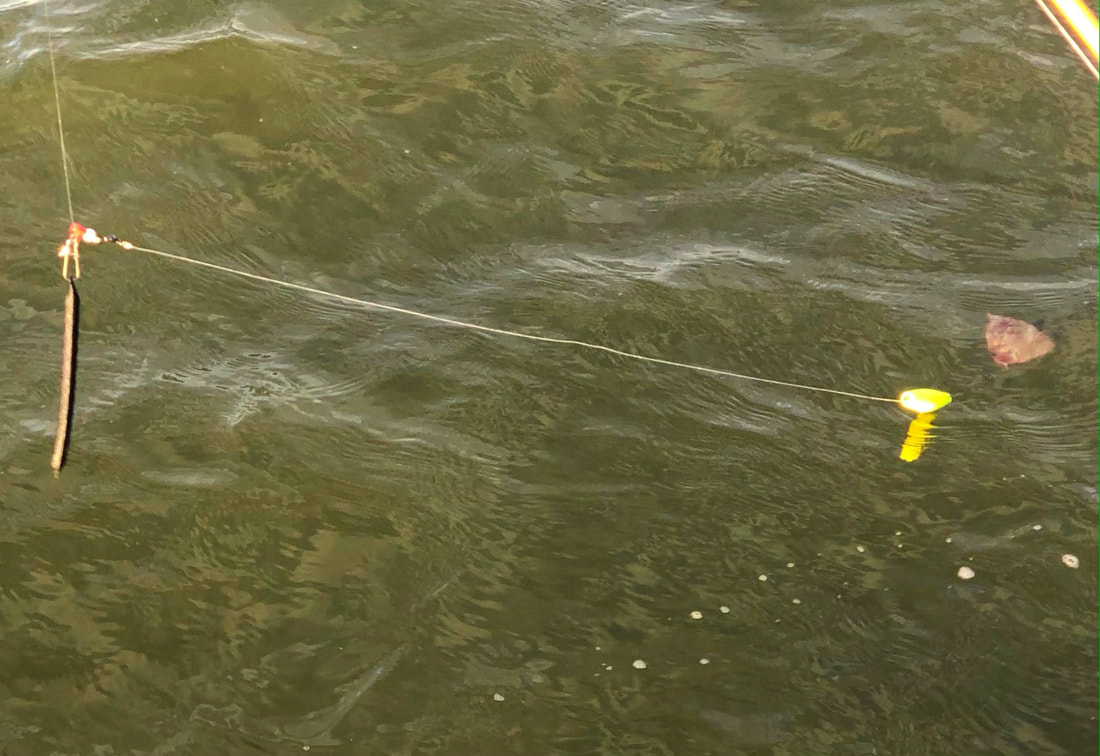 A typical drift fishing rig shown with a chunk of shad on a circle hook, a float tied about 6 inches above it to keep it off the bottom and fluttering seductively, and a weight placed 2-3 feet from the hook to keep the bait near the bottom.
Where to get the big Blue Catfish

Blue Catfish are found in many rivers and lakes throughout the Southern US.  The Tennessee River, Santee Cooper, and Missouri River systems are all good places to target big ones, but there are many other options as well. 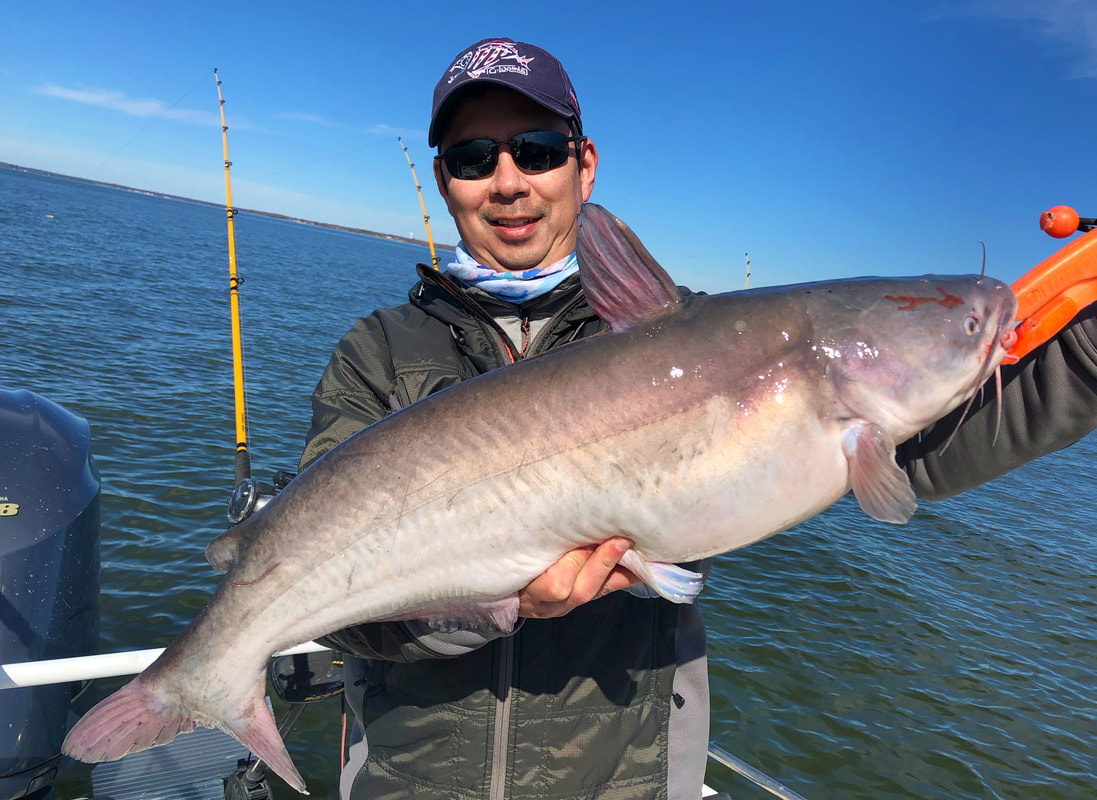 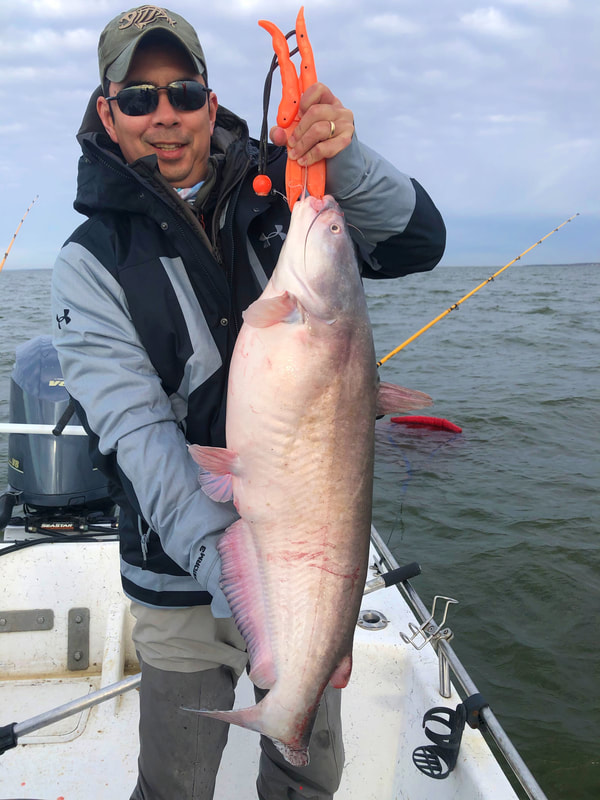