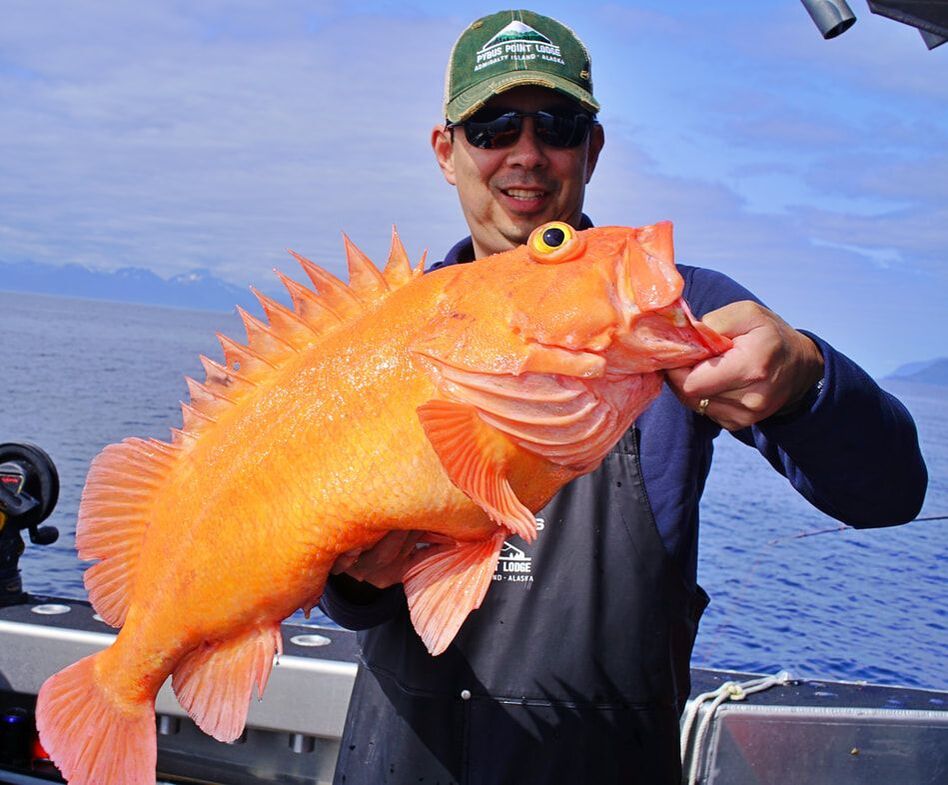 Yelloweye are one of the largest and most distinctive of the Rockfish, and for that reason I felt they deserved their own page.

Yelloweye are found from Northern Baja up to Alaska.  They are caught in the same areas as other Rockfish, usually on the bottom.  They can grow to around 36 inches and 30lbs.  They are one of the longest-lived animals on Earth, attaining a maximum age of a whopping 150 years.  They do not move around much, and some may live their entire lives on the same rock pile.

Yelloweye are voracious eaters and consume a variety of other fish including other Rockfish, as well as crustaceans and cephalopods.  They are typically found between 300-600 feet down although they have been encountered much deeper and shallower than that on occasion.

Any medium weight conventional set up should work fine.  I recommend braided line (at least 30lb) for almost all bottom fishing because it doesn’t stretch and so you can make a much more effective hookset.  It also decreases the chances you will get stuck in the rocks where Yelloweye live.  Unfortunately you will inevitably get hung up sometimes (if you don’t you are probably not fishing close enough to the bottom) so you may not want to go with super-heavy line as it will be tough to break off.  An Accurate BX 400 is a good choice for these but a much cheaper reel will work fine.  Click here for some tackle recommendations.

Yelloweye are heavy but do not pull particularly hard for their size.  Halfway up their swim bladders expand and they cease to pull.

Yelloweye are extremely tasty and have a lot of meat on them.  If they are legal to keep where you are fishing, they are definitely worth eating.

Yelloweye are caught on both lures and live or dead bait.  A wide variety of things will work; they main key is using enough weight to get your offering down to them and then not getting snagged on the bottom.

Some Yelloweye are caught on metal jigs.  The jigs don’t even have to have much inherent action; you can just bounce them up and down near the bottom.  In fact, the ones without much inherent action tend to work better since they get down deep easier.  You don't need anything that fancy.  Once you hook one you have to pull hard initially to get them out of the rocks.  I like to use jigs with stinger hooks on the top of the lure rather than treble hooks on the bottom.  This helps you snag less.

Yelloweye will also eat large plastic grubs or swimbaits.  These are harder to keep on the bottom especially when there is strong current.  However, they work great with a heavy leadhead like the one below.  Don't be afraid to go big; these things can fit a lot in their big mouths. 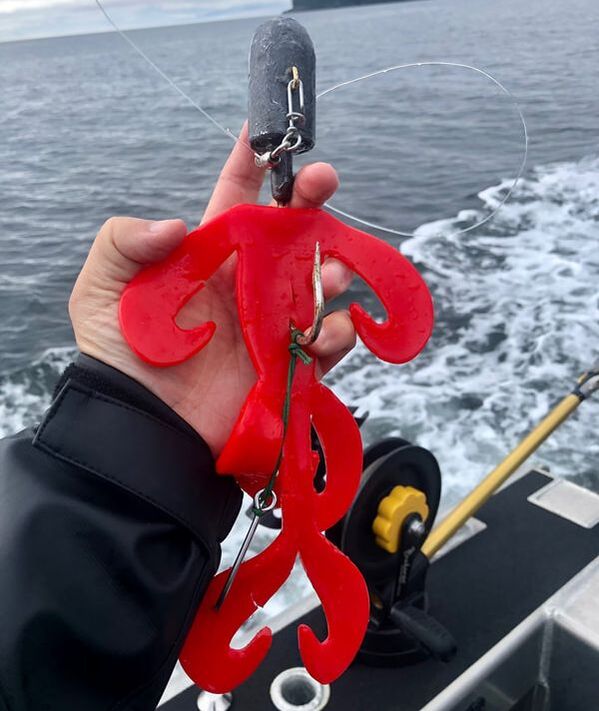 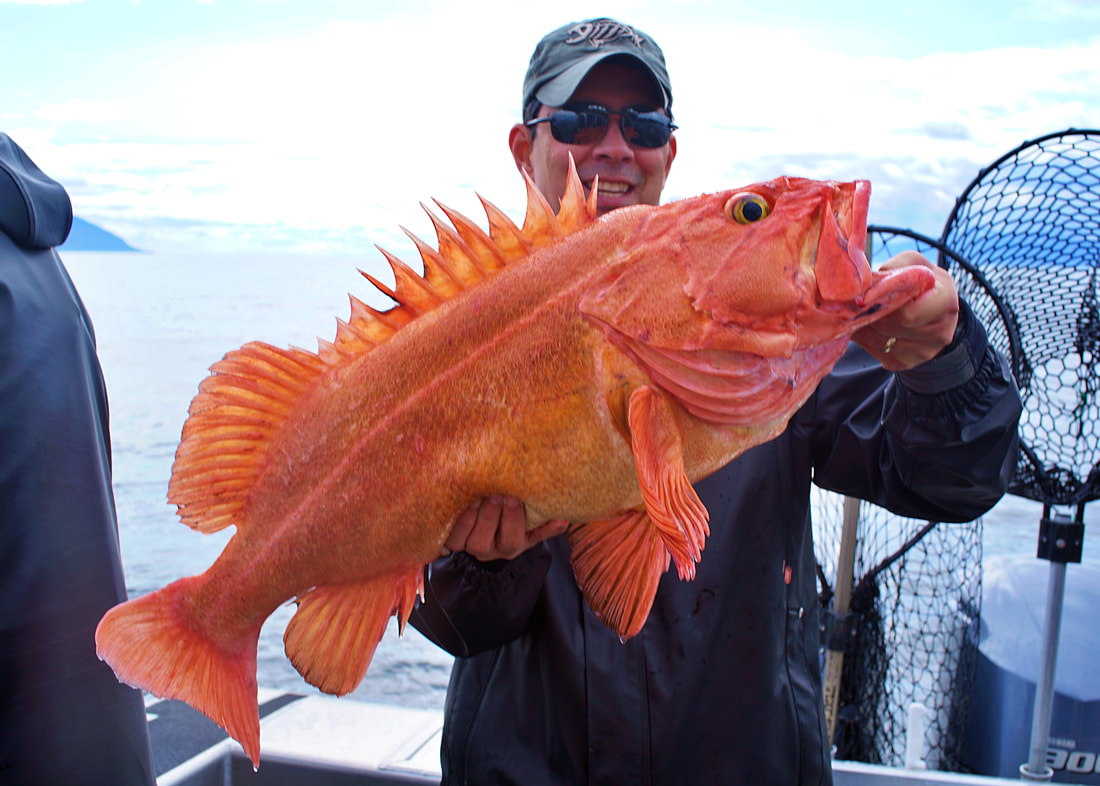 Dead baits work just fine for these guys.  Squid, fillets of other Rockfish, Sole, and all kinds of different baits will get them to bite.  The main thing is getting the bait down to where they live.

Where to get the big Yelloweye Rockfish

In general the farther north you go, the bigger these get.  The real monsters can be caught in Alaska.  Great action can be had in Northern Baja, but you have no shot at the huge fish they have in Alaska.

The above barely scratches the surface on how to catch Yelloweye Rockfish.  The book below is another good source of information: 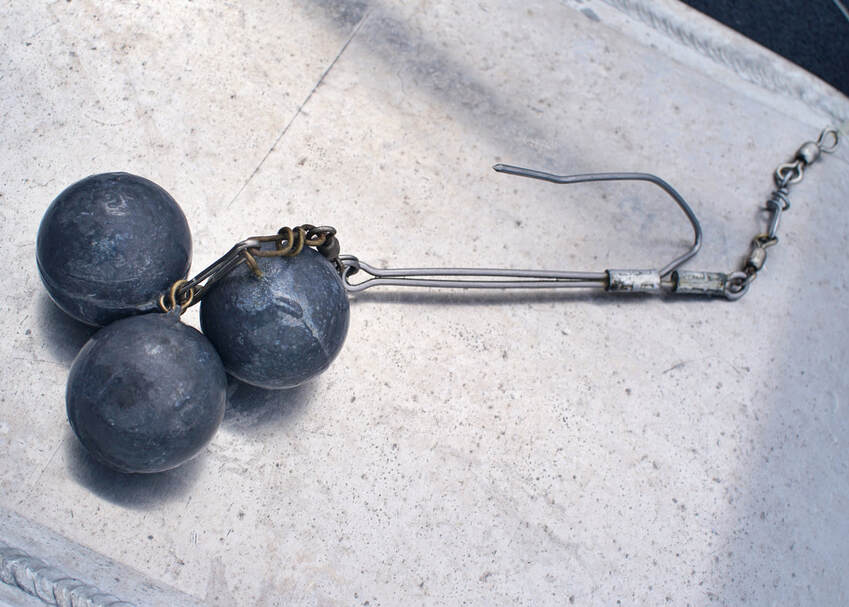 This is a simple device that can be used to drop fish back down and release the pressure of barotrauma and give them a chance to survive. You attach the hook to the lower jaw, lower it down on a heavy line, and then give it a quick jerk when it has gone down far enough. For big Yelloweyes, a lot of weight can be needed. 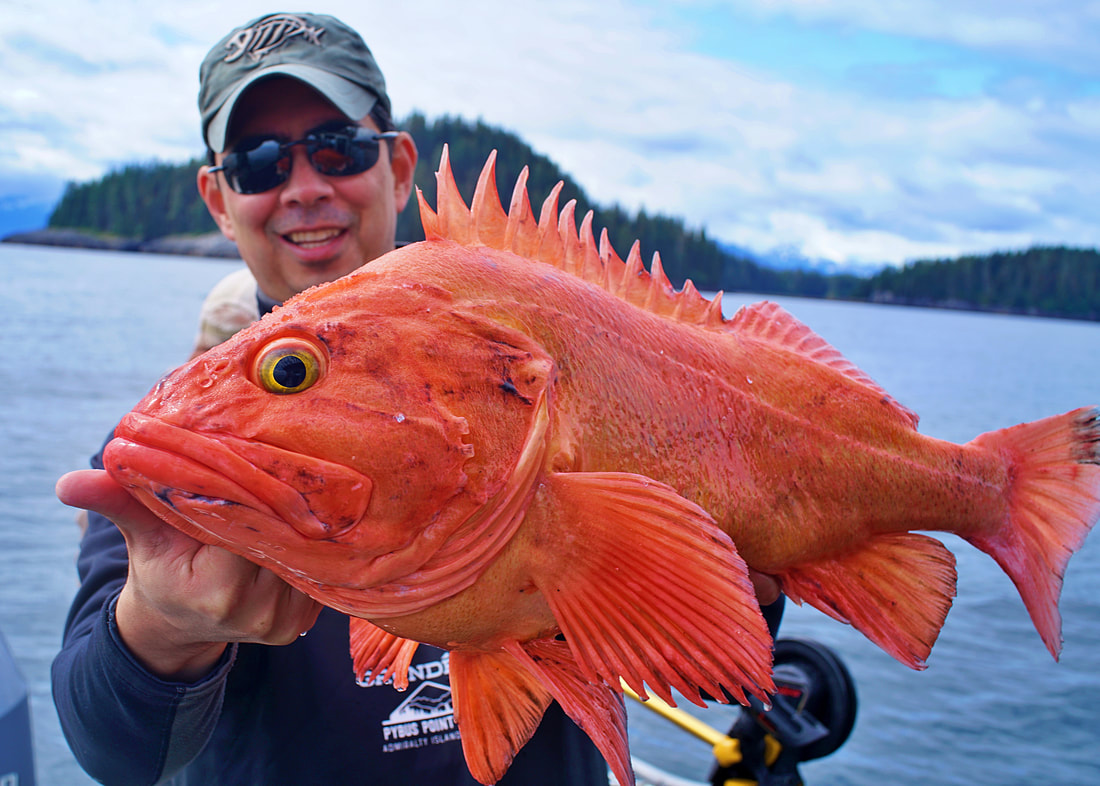 A closeup of this nice Yelloweye 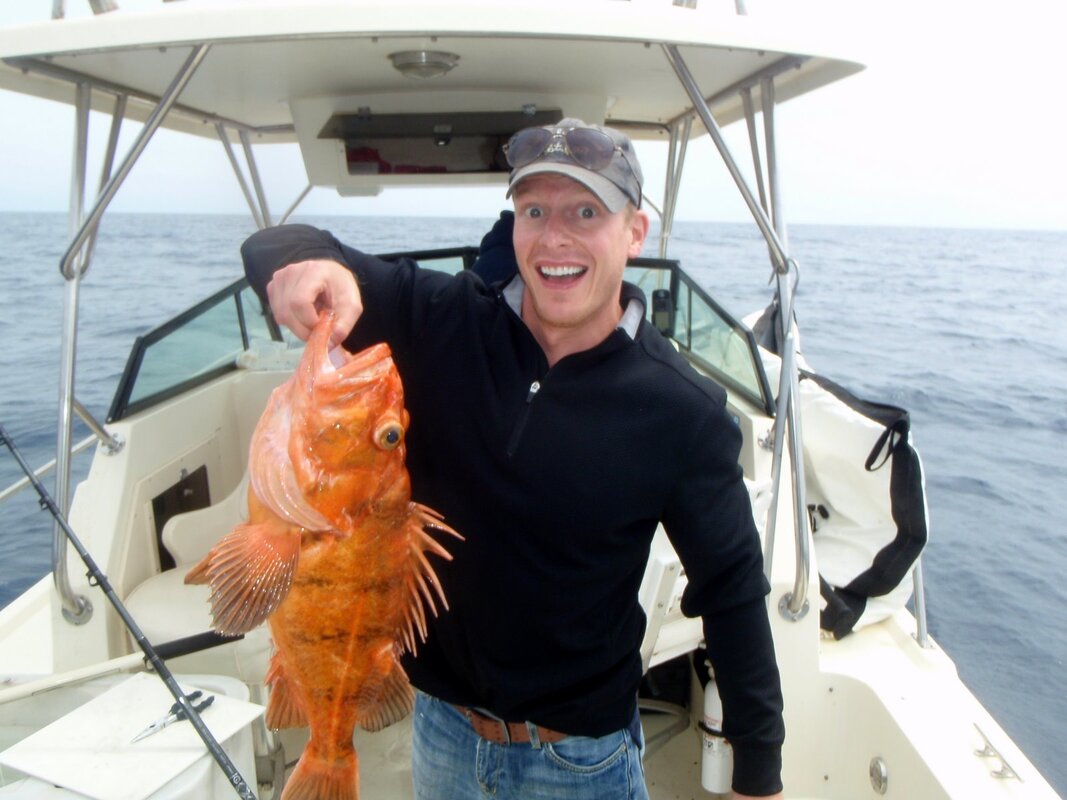 A similar relative of the Yelloweye, the Cowcod, caught in San Quintin, Baja California, Mexico 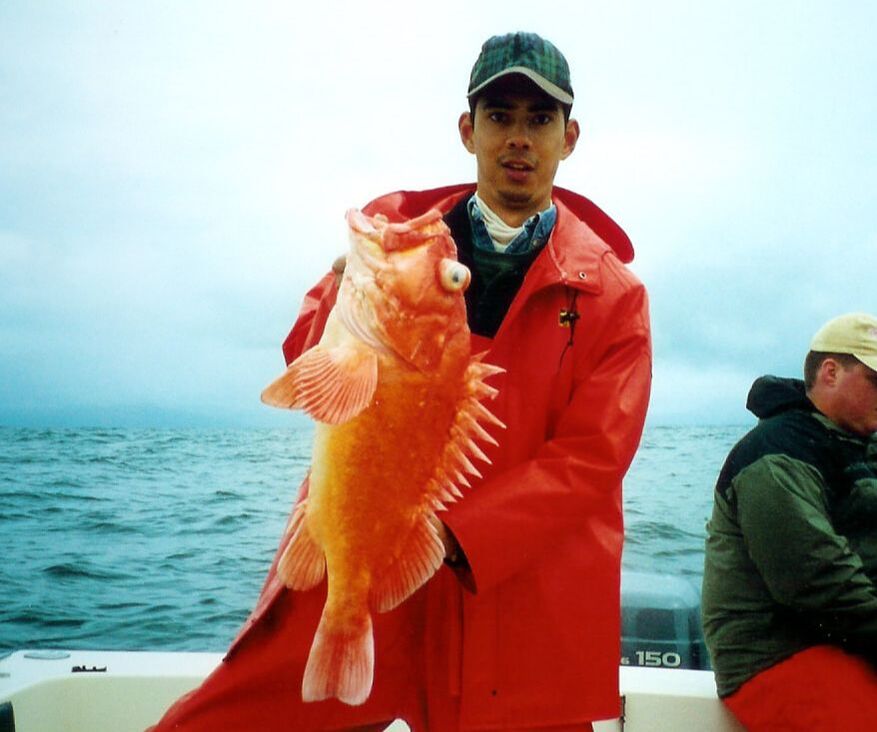 A Yelloweye from back in the day caught in Sitka, Alaska