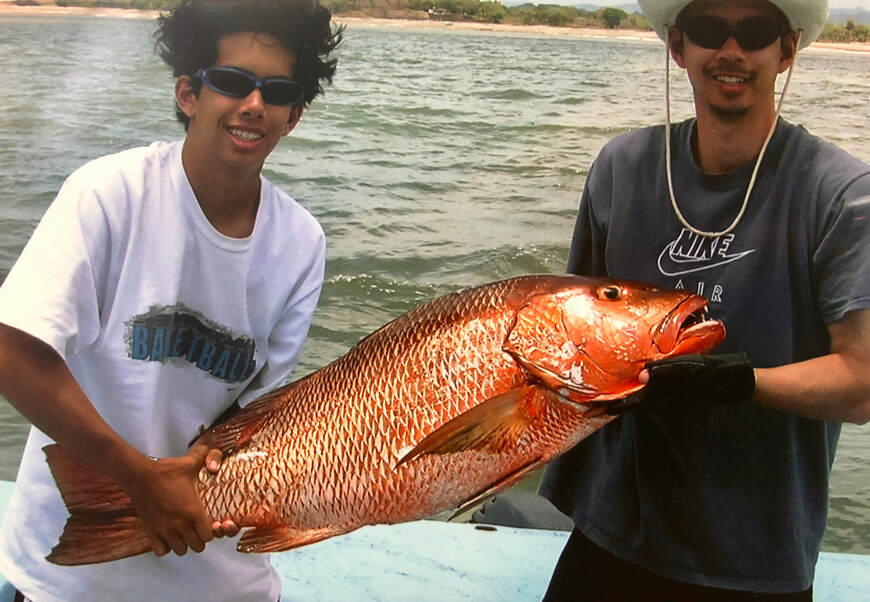 The author and his brother Matt with a Cubera Snapper caught on a Salas 7x Iron Jig
Mariato, Panama

My brother Matt and I decided head down to Panama for some fishing.  We stayed overnight in Panama City and fished in Lake Gatun for a day.  Lake Gatun forms a major part of the Panama Canal and is full of fish.  There are some big Snook and Jack Crevalle, and supposedly even some Tarpon, but we didn't see any of those.  We were just fishing for Peacock Bass, which are there in plague proportions but are unfortunately pretty small.  A 5lber is a really nice one there, and we didn't catch any over 2lbs.  However, we probably could have broken 100 for the day if we hadn't decided to try and fool around with homemade lures.

The Rio Negro Lodge where we would stay the rest of the week was in Mariato, about a 4 hour drive from Panama City.  A van picked us up and the trip was uneventful.  The next morning we headed out to do some fishing.  We started throwing medium size poppers and got some follows from some small snappers.  We each landed a couple and then went to do some jigging.  The wind made it tough, but we managed to get some drifts in.  I got a nice Crimson Snapper and my brother got a small Corvina.  Nothing else notable was really caught; the wind was blowing us too fast to effectively stay on spots.
The next two days the wind howled and so we trolled most of the time.  There were a lot of big Skipjack and small Yellowfin Tuna, both in the 8-20lb range, and they were not at all shy.  We caught a lot of tasty tuna to take home, along with some Jack Crevalle.  I think we broke 50 or so fish between the two days. 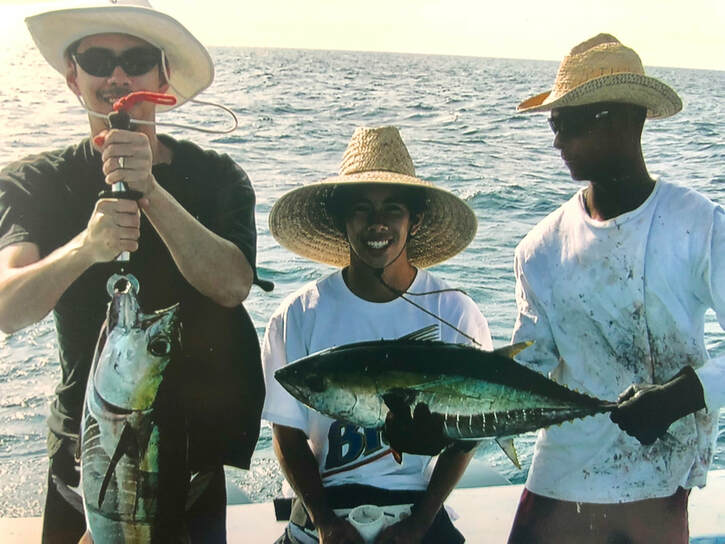 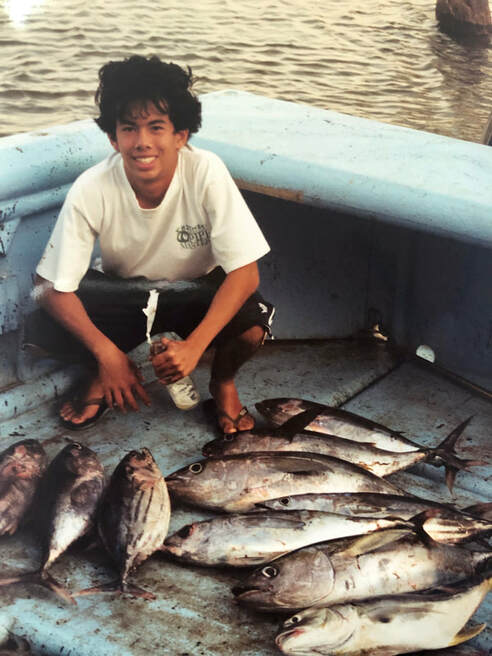 The last day we finally got a break in the wind and were able to jig.  I was using a Salas 7x heavy in green and yellow and started getting hits right away.  My brother was using the lead weight with the hook and caught a small African Pompano and some Jordan Snappers while I got this nice Yellow Snapper followed by a Crimson Snapper. 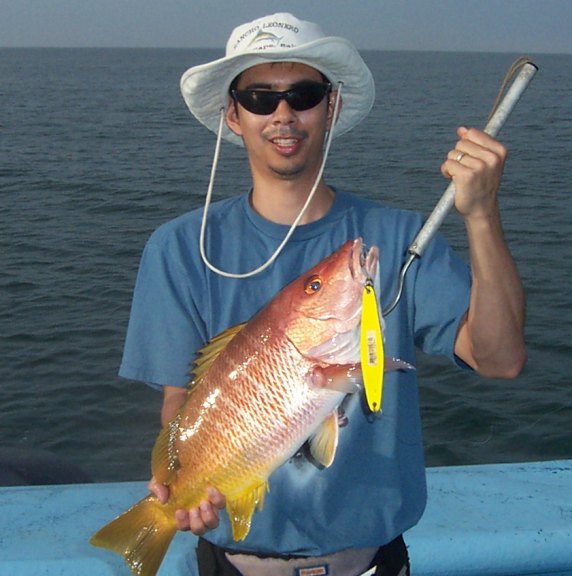 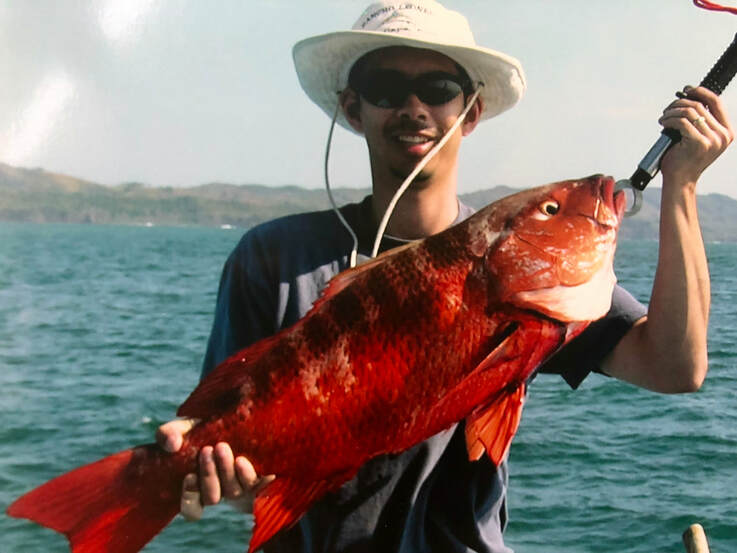 We then got some bigger strikes.  My brother got buried in the rocks, but I was able to pull out a beautiful big Broomtail Grouper followed almost immediately by a nice Cubera Snapper.  We only fished a short day because we had to get back but this last day was better than all of the others combined and gave a good hint of the action that could be had down here. 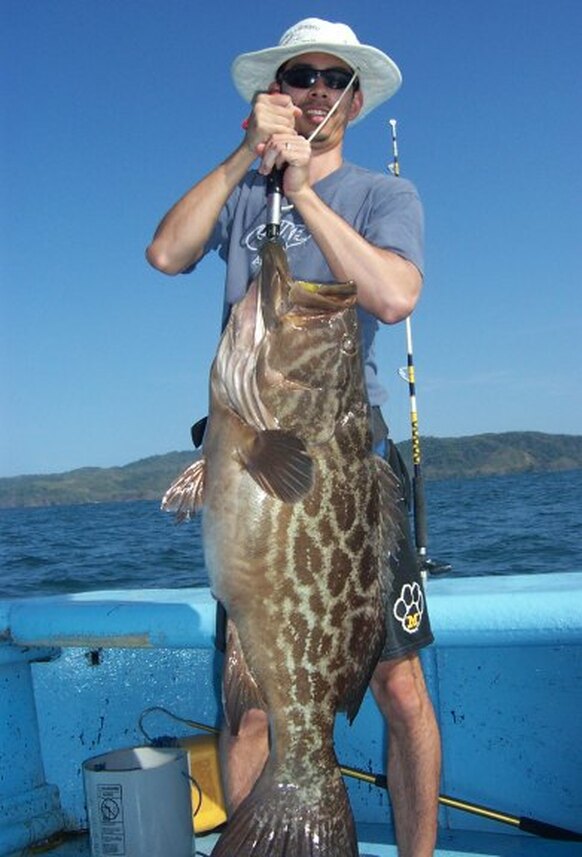 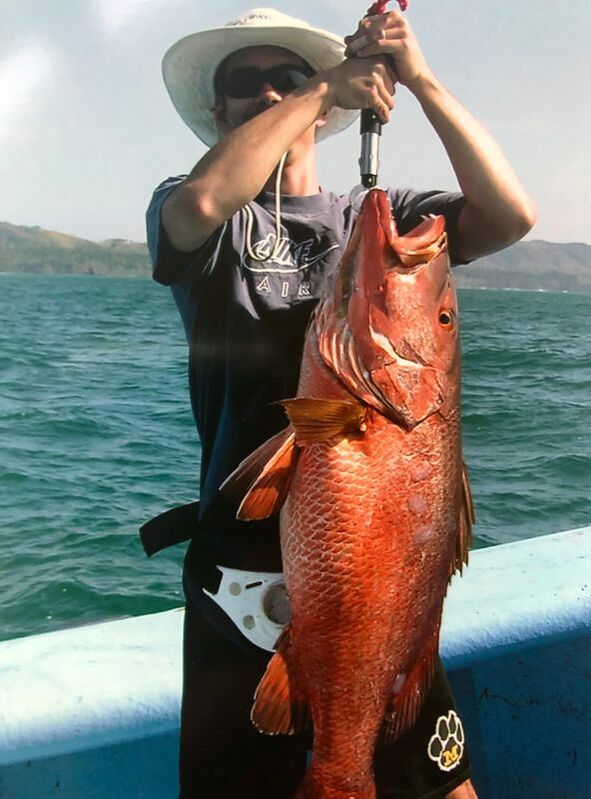