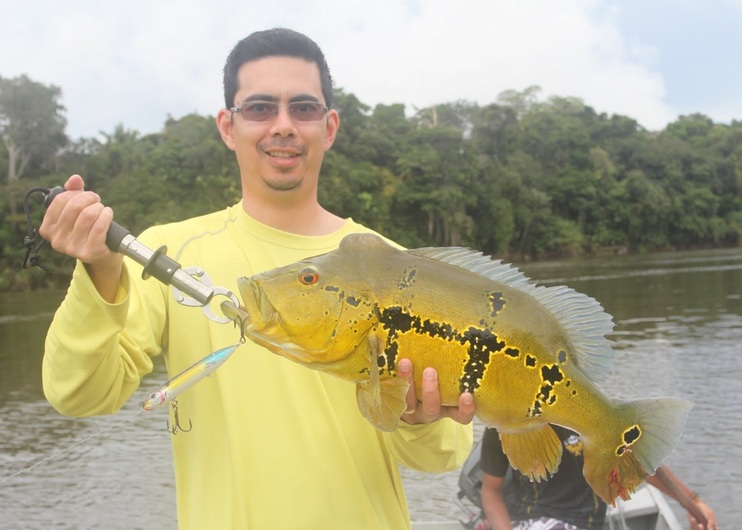 Peacock Bass caught on a Super Spook in Brazil
I’m ashamed to admit it, but at first I was a little intimidated by the Super Spook.  The dog-walking action that you need to impart in order to get strikes seemed a little complicated and tiring.  I had a few in my box but never used them, preferring to go with poppers and prop baits instead when the fish were biting topwater lures.  However, on a trip to Brazil a while ago there was a day when none of my other topwaters were getting any strikes and so I decided to give one a try. To my surprise I was able to master the dog-walking action pretty quickly and was soon getting ferocious Peacock Bass and Wolf Fish strikes alongside the other guy in the boat who was catching nothing.  Once I got the rhythm down I found I could throw it all day without fatigue and I ended up using it more than any other lure the rest of the week.

Since that time it has become my go-to lure on many occasions and worked great on my trip to the Great Barrier Reef in Australia.  A huge variety of species in both freshwater and saltwater will blast it, and the pictures below show a small sample of those.

The dog walking action is triggered by making short twitches of the rod while reeling in the lure at a fairly slow pace.  This causes the lure to rhythmically dart back and forth in a way that fish find hard to resist.  I like using a rod with a fairly soft tip as that imparts more action to the lure.  You need to impart a series of small twitches while reeling in to get the lure to dart back and forth.  The Super Spook is especially effective when louder topwater lures put fish off and you need something a little subtler.  You can vary the speed from a slow “searching” motion that imitates a wounded baitfish to a much faster “skittering” motion that imitates a fleeing baitfish.  You just need to experiment a little to see how aggressive the fish are that day.

As with all topwater lures, it is important to make sure the fish actually has the lure and you can feel its weight before setting the hook.  Many people get excited when the see a big topwater smash and set the hook before the fish has actually grabbed the lure.

There are a number of Super Spook imitations, including the Rapala Skitter Walk and the Sammy made by Lucky Craft, but none of the ones I have tried have that same action.  They will still catch some fish but I always end up going back to the Super Spook’s tried and true action.  The Super Spook also has the advantage of being one of the most inexpensive of the “walk the dog” topwater lures which is another thing that makes it appealing. It comes in a wide variety of colors for different situations and I have caught fish on every color I have tried. Definitely do not be afraid to tie one on; it does not take that much to get the action down.  As you can see from the photos, I especially like the Wounded Shad color.

Check out this video on how to work the Zara Spook:

If you were going to buy some anyway and learned anything useful from this site, I would appreciate it if you would buy them from the links below: 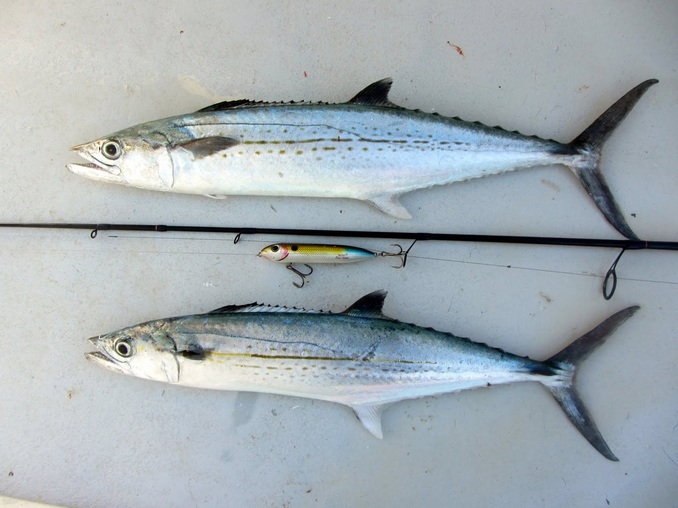 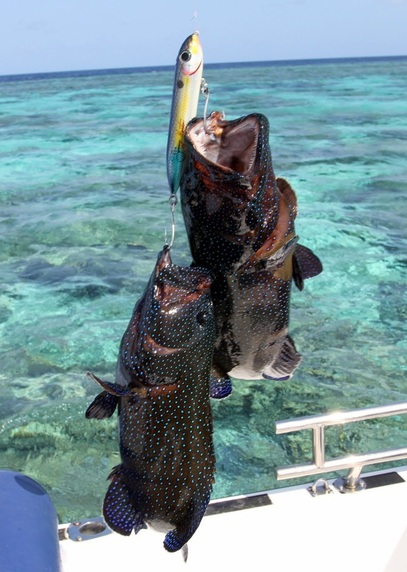 Two Grouper taken on the Super Spook on the Great Barrier Reef, Australia 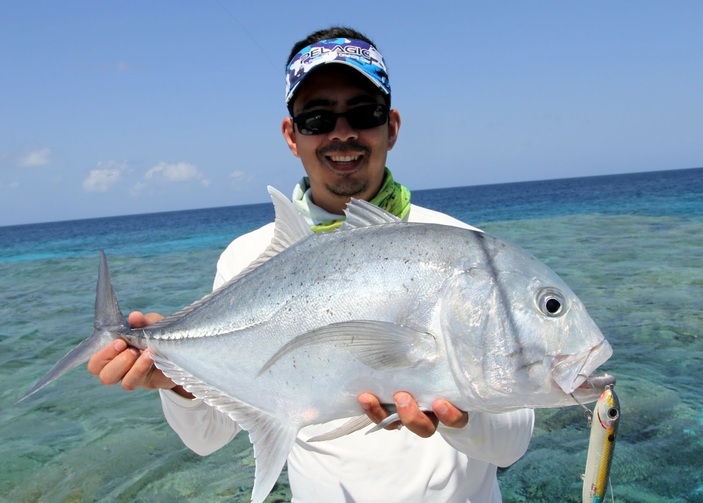 A small Giant Trevally taken on a Super Spook on the Great Barrier Reef, Australia 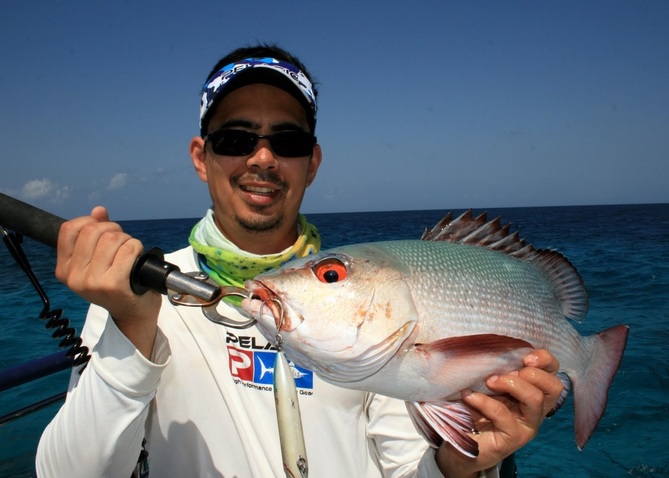 Red Bass taken on a Super Spook on the Great Barrier Reef, Australia