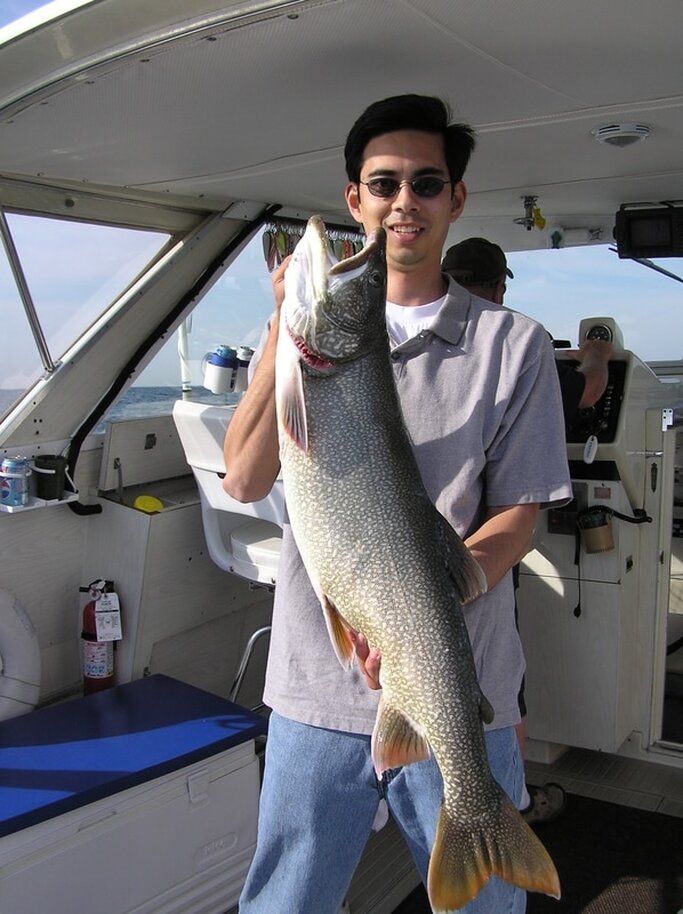 Lake trout are the bruisers of the trout world, although they are actually in the Char family along with Dolly Varden and Brook Trout.  They inhabit deep, cold, clean waters in the Northern part of North America where they are native, but have been introduced in other parts of the world such as Europe with varying degrees of success.  They need a high level of oxygen in the water to survive.

Lake Trout can potentially live over 60 years, although 10-20 years is a more common lifespan.  They reach sexual maturity at 6-7 years.  Like their cousins the Brook Trout and other Char, they develop striking colors during the spawning period in the fall.  They primarily eat fish, although there are some in lakes without forage fish that adapt to eat plankton.  These are much smaller and rarely caught by fishermen.

Lake Trout are related to Brook Trout and sometimes hybridize in nature with them.  These offspring are called Splake, and in some places are intentionally raised and stocked as an additional sport fish.

Lake Trout can get to a whopping 100lbs, although fish that size are extremely rare.  Most fish are in the 24-36 inch range, which translates to something more like 5-25lbs or so.  They are fairly robust, and so are a good candidate for catch and release, although like all fish you should handle them carefully and as little as possible if you are planning to release.
​ 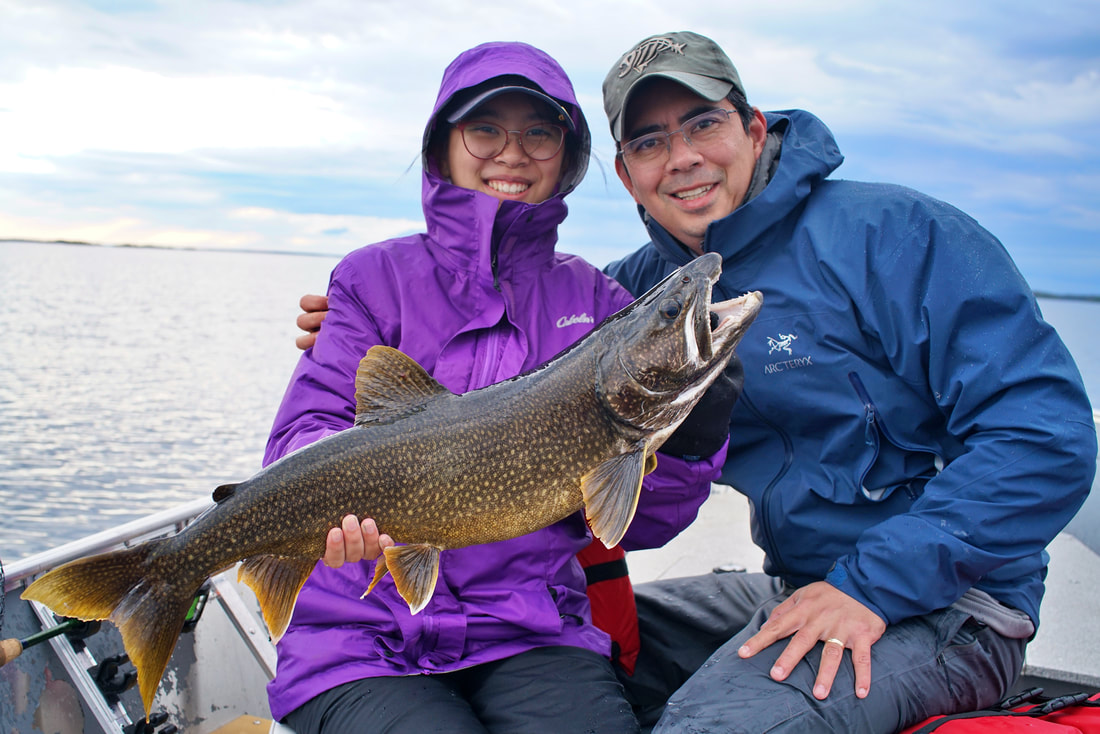 My daughter's first Lake Trout, caught jigging a rubber tube jig in Canada
Lake Trout Pound for Pound Fight Rating - 6 out of 10 on the Freshwater Scale

Lake Trout are capable of putting up a solid bulldogging fight.  They are very adept at shaking their heads to dislodge hooks, so constant pressure must be maintained.  Larger ones will make a run or two when they see the boat.

Lake Trout can be caught on relatively light tackle for their size since they don't tend to run into structure.  Heavier tackle is only needed if you are trolling large lures for them.  For jigging, a medium rod in the 10-20lb class is fine, along with 15lb or 20lb test line.  Click here for tackle recommendations. 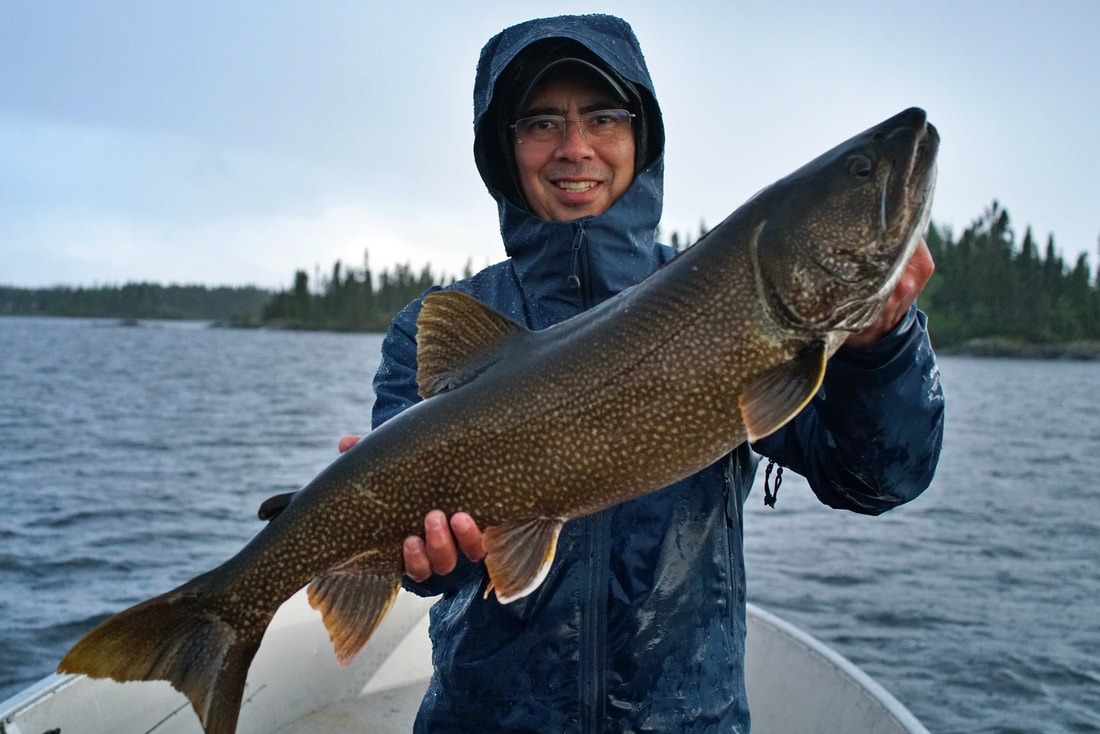 Lake Trout are primarily caught by either trolling or jigging.  I'm generally not much of a troller, so I prefer jigging.  They are sensitive to warm water temperatures, so you may need to fish pretty deep in the summer.  In the spring and fall, they may come into shallow waters if they are cool.  Sometimes they can be caught casting during those times.  However, they are primarily a deeper water fish.

When jigging, drop your lure to the bottom, give it a couple of jigs up and down, and then reel up quickly.  Lake Trout may strike anywhere from right on the bottom to right next to the boat.

Lake Trout primarily eat other fish, so lures that mimic baitfish are the way to go.  When trolling, Flatfish are popular, as are various large wobbling spoons.

For jigging, a plastic tube such as the one below work well (white and chartreuse are good colors).  Bucktail jigs can also be deadly. 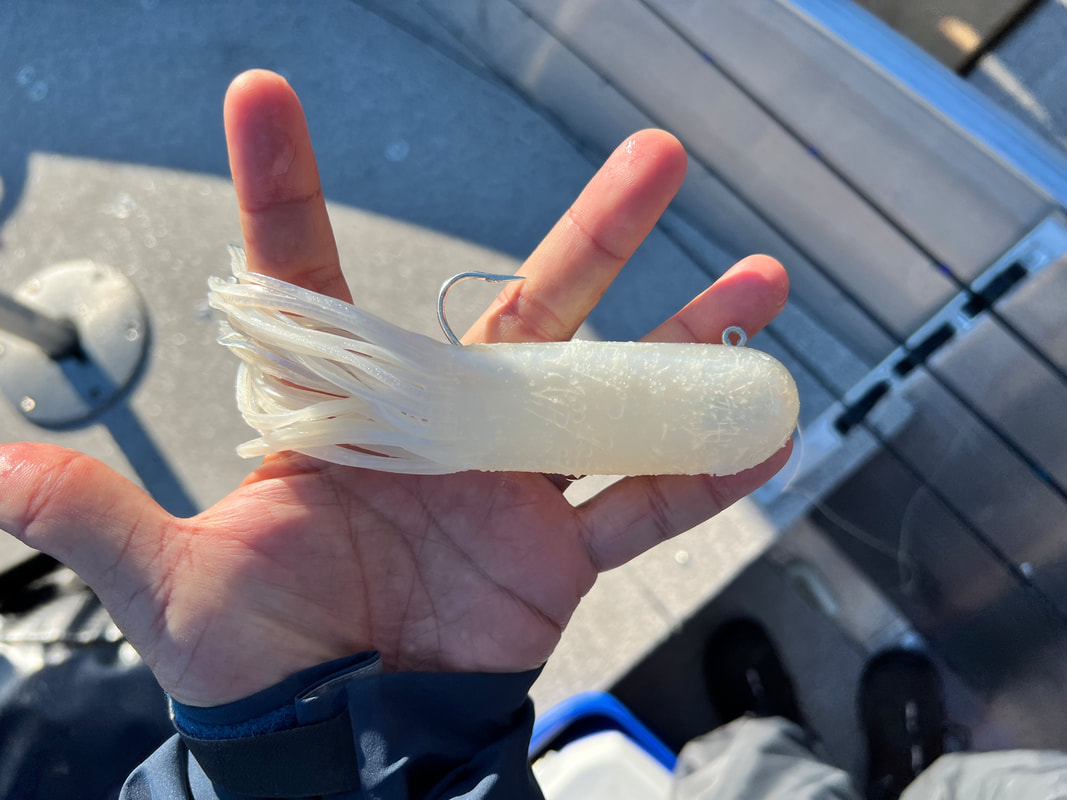 Note the differences in color of two fish of approximately the same size caught at the same location within minutes of each other.
Lake Trout Baits

Although they may opportunistically hit other baits, the best baits are forage fish that are native to the areas you are fishing.

Where to get the big Lake Trout

Canada is the place for big Lake Trout.  Great Slave Lake and Great Bear Lake in the Northwest Territories are famous for their large Lake Trout.  However, other large lakes in that area hold big ones too.

www.wibigfish.com  If you don't want to head into Canada, this guy will put you on the fish if you are in Wisconsin.

This is a nice lodge in Canada that offers good Lake Trout fishing:  www.godslake.ca

I have never been there, but these lodges are probably the most famous large Lake Trout places:  www.plummerslodges.com 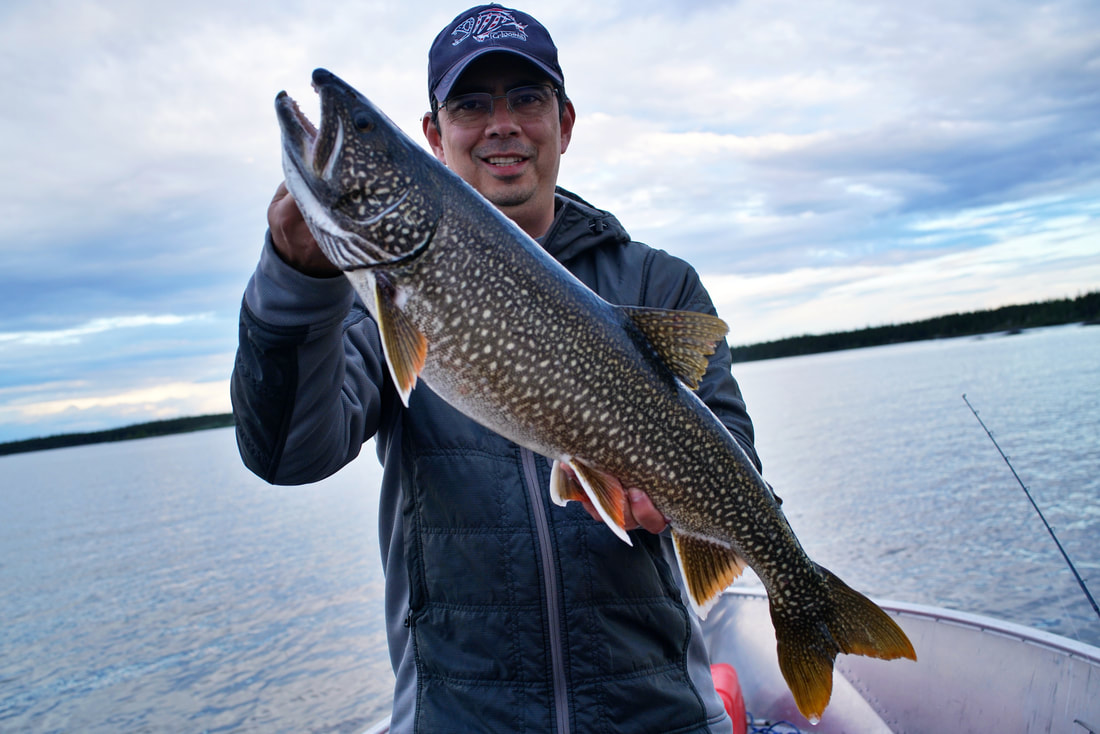 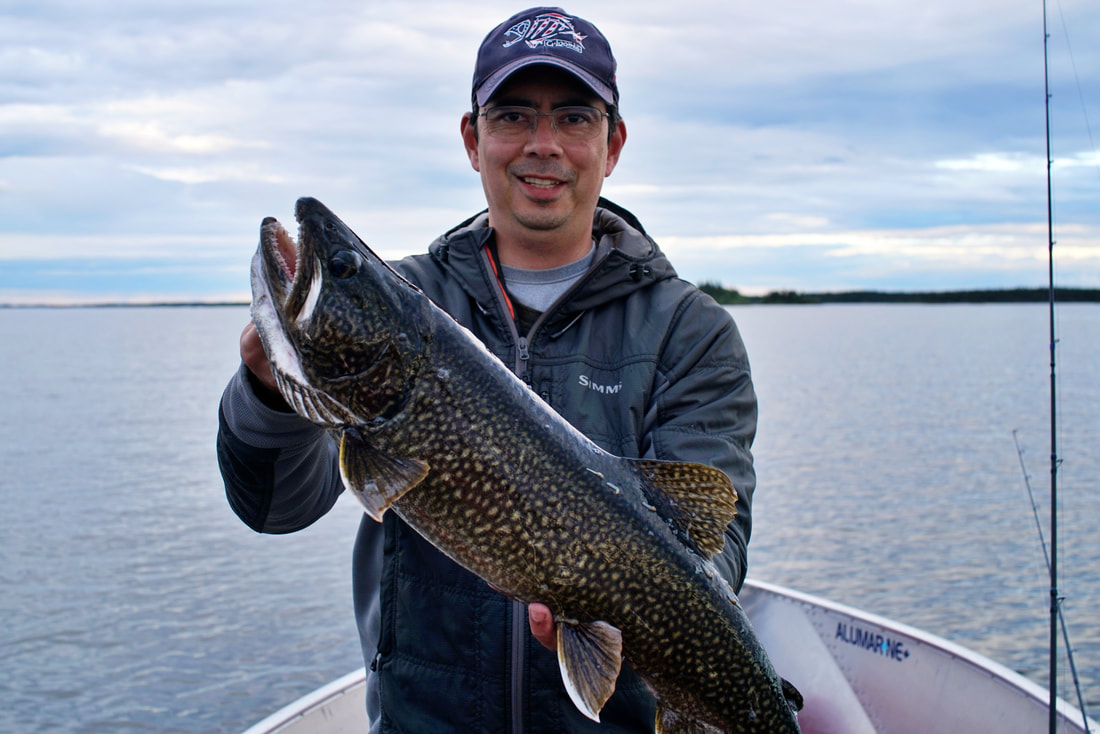 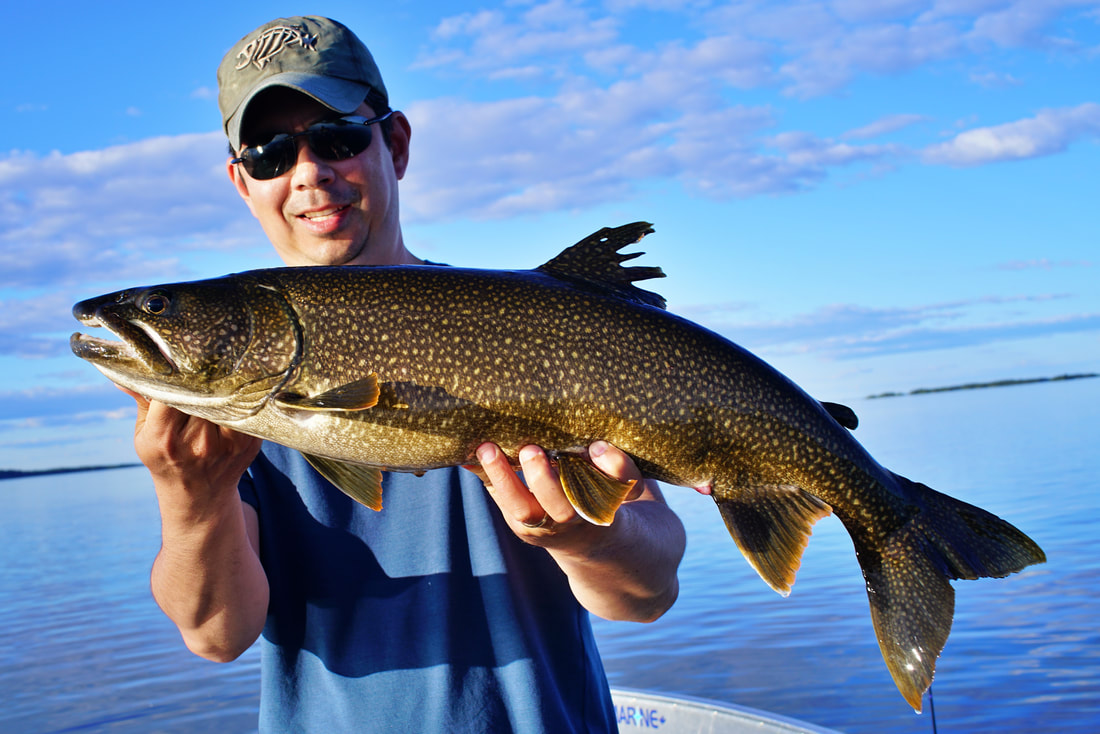 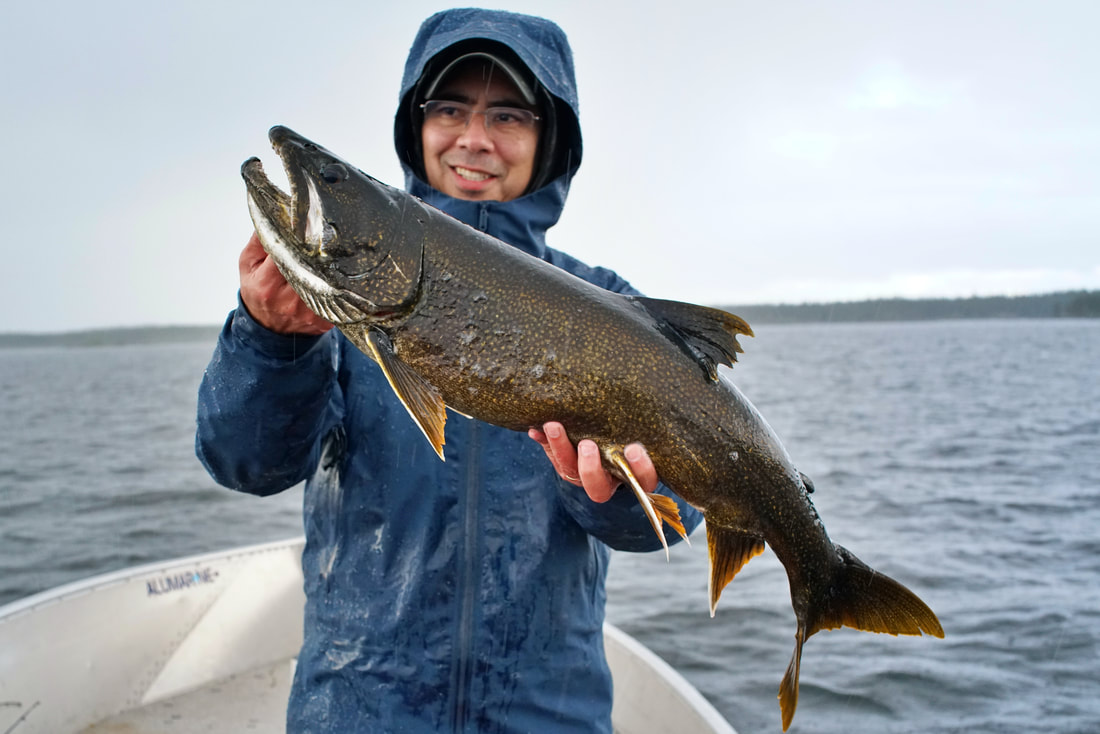 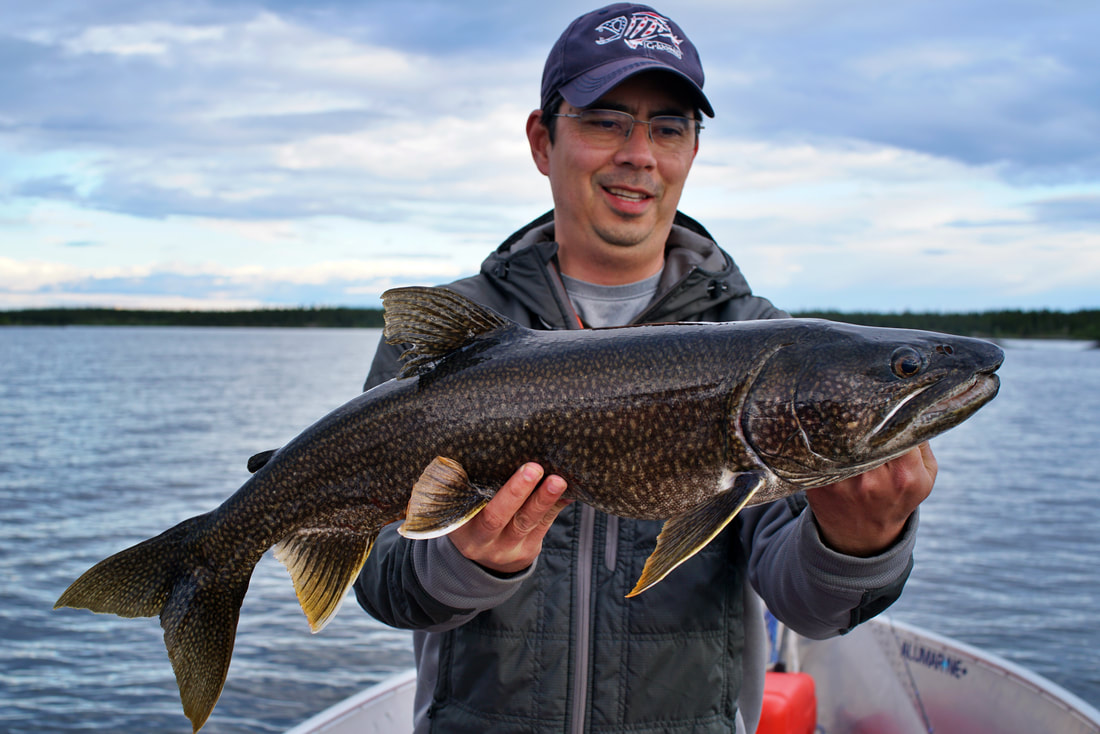